California: Crop situation as of 11 September

The 2021 California Organic processing tomato deliveries for the tenth week ending September 4th were 27,879 mT (30,844 sT). The total tons YTD for week ending September 4th is 526,330 mT (580,179 sT), or 8.7% of the total delivered quantities. This is the largest crop on record at this point in the season, some 6% ahead of the second one which occurred in 2016 and resulted in the total harvested of 668,428 mT. Provisional total is 24% higher than in 2020 on the same date and 37% higher than the average quantity processed during past three seasons at this time. 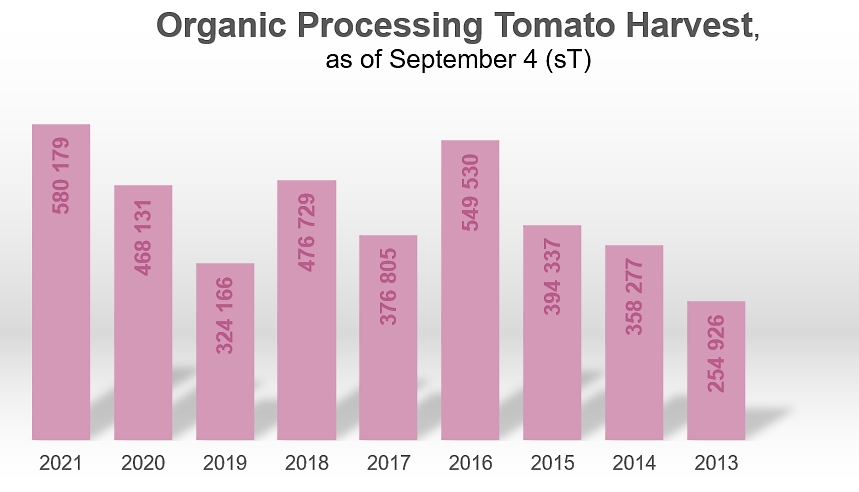 Taking the current figures into consideration, quantities being harvested will bring the provisional processed total just above 75% of the new official target of the season (10.07 million mT or 11.1 million sT). 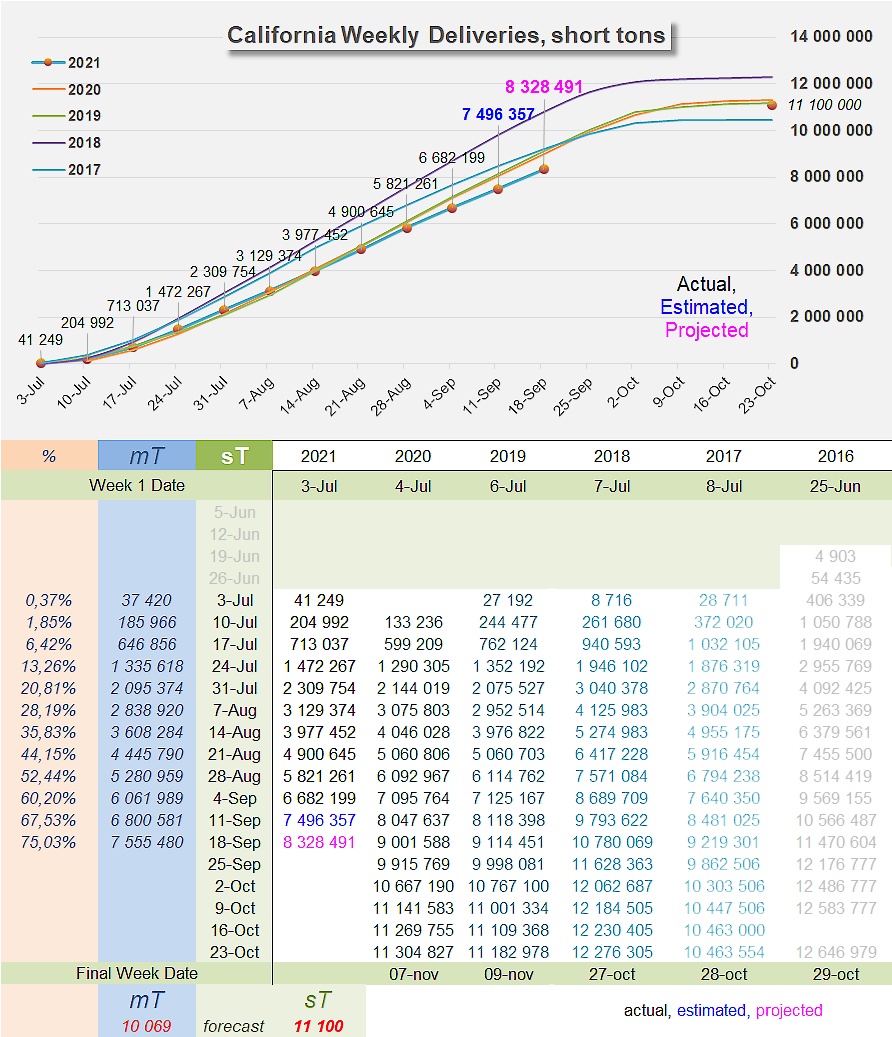