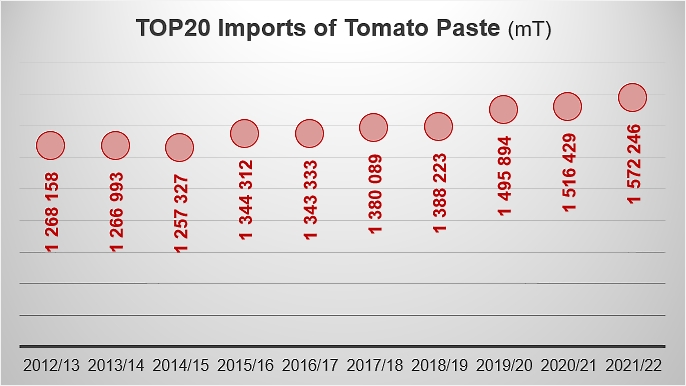 Imports from the twenty most dependent countries – those whose domestic consumption depends solely on foreign supplies, thus excluding countries that are also processors, such as Spain, the USA or Brazil – have increased significantly over the past year.

Over recent years, imports have grown faster in all the TOP20 countries than they have in the rest of the world. An immediate direct consequence of the consolidation of these foreign purchases is the increase in the proportional importance of the TOP20 in the global landscape of the paste trade. Even if changes in the countries that make up the TOP20 or in the context of the paste category may slightly modify the importance of its contribution to annual world demand, the recent evolution of the quantities traded clearly shows an increased dependence on foreign supplies. While the volumes of paste imported by the TOP20 (1.257 million mT) represented about 56% of the annual global flows in 2014/2015, they represented, with 1.57 million mT, almost 61% of global trade last year, and the trend that emerges from the last few marketing years is clearly on the increase. 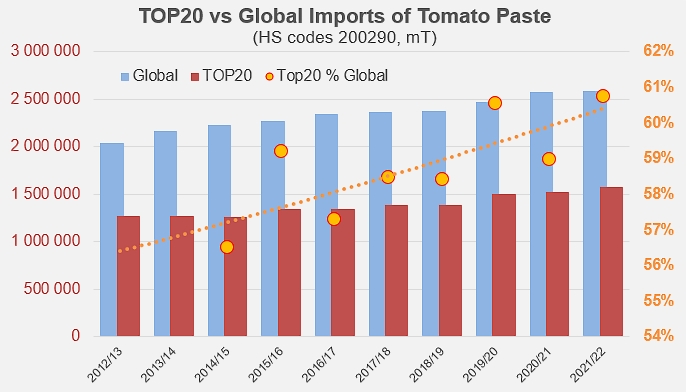 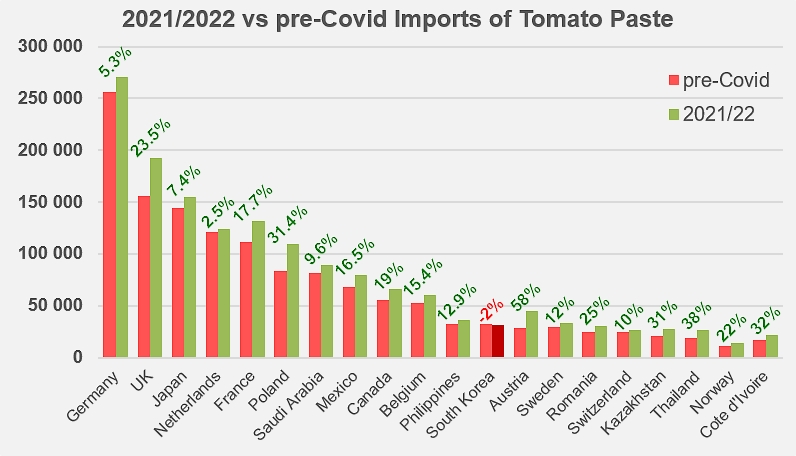 In this critical sector of the world market that is represented by the TOP20 paste importing countries, the average annual growth rate (CAGR) over the last five years has been 3.2%, while it has been only 2% worldwide and only 0.3% for the other ninety countries that are not part of the TOP20.

Some complementary data
The list of countries that make up the TOP20 evolves according to national dynamics and the availability of statistics. Around a historical core composed of Germany, the United Kingdom, France, Japan, the Netherlands, etc., this group now includes Saudi Arabia and Ivory Coast, while Russia, Costa Rica and Ghana are no longer included. 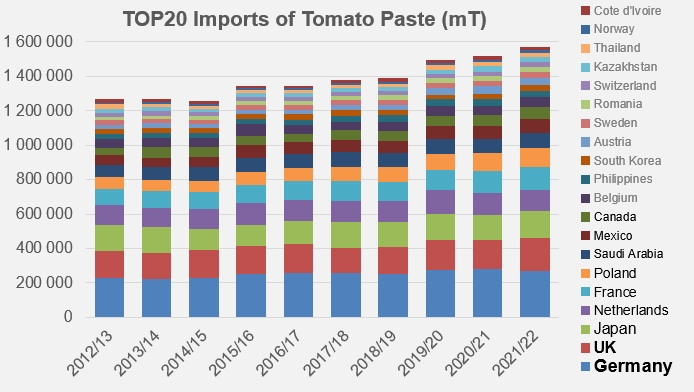 Distribution of average global imports over the last three years: the twenty most import-dependent countries – in other words, those whose domestic consumption depends solely on foreign supplies – accounted for more than 60% of worldwide shipments of tomato paste. 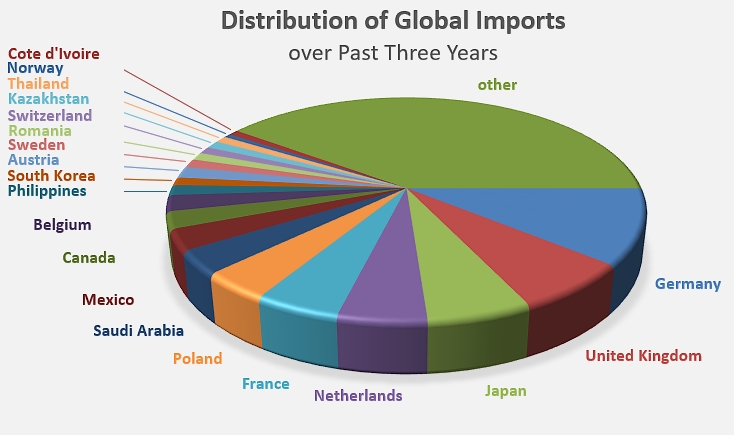