31/03/2022 - François-Xavier Branthôme - Lire en français
Drought: the level of the Pô River is identical to what it is during a normal July, according to the ANBI, and “there is less water in the north of Italy than in the southern regions.”

The Italian press has reported widely in recent weeks on the “very concerning drought” that has been observed in recent months in the north of Italy. Indeed, as of mid-March, the level of the Pô river is comparable to what it usually is during the month of July. This river is not only used for irrigation in the regions along its banks, but it also feeds into supply canals taking water to agricultural areas located dozens of kilometers away, sometimes even hundreds of kilometers away. 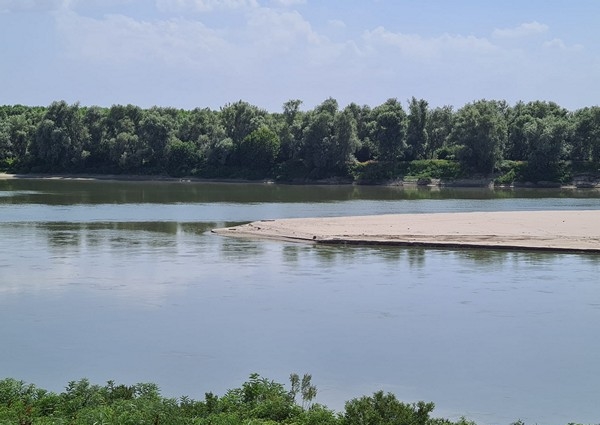 “We are only mid-March, but the water supply situation of the Pô is concerning, as it looks as if we were already in the month of July,” declared Carlo Carli, vice-president of the Emilia Romagna Canal. The situation of the Pô is worrying, “because there have been no major rains or heavy snowfall in the Alps. The Emilia Romagna canal now only contains about 1 m of usable depth in order to draw water, then we will find ourselves in a real crisis situation.”

The South-Central region is now the dampest region in Italy, according to the ANBI Observatory for water resources (National Association of the Consortiums that manage and protect land and irrigation resources). The ANBI has analyzed annual data provided by the National Research Council (CNR IBE Climate Service), which indicate how the region of Catania, in the Eastern part of Sicily, now considered to be one of the most humid regions of the country, finds itself in the situation of being an advanced post for the progressive tropicalization of the climate.

ANBI president Francesco Vincenzi has commented: “Data comparisons have shown very clearly the obvious seriousness of the problem of infrastructures on the island, where it is necessary not only to collect rainwater by reducing hydrogeological hazards, but also to transfer this water towards regions that are paradoxically being threatened by desertification.”

However, it is the riverbed of the Pô that best represents the “great thirst” of northern Italy. The slight increase in the flow of the river upstream decreases during its long meander from west to east, and its effect is almost negligible on the total available water, which is currently recording historically low levels between the stretch in the Lombardy and Emiliana regions and the river’s delta. Current measurements taken in Piacenza (69% below monthly averages) are eloquent, with very low winter flow levels equivalent to those recorded at the beginning of the month of July during a very dry year like 2021. 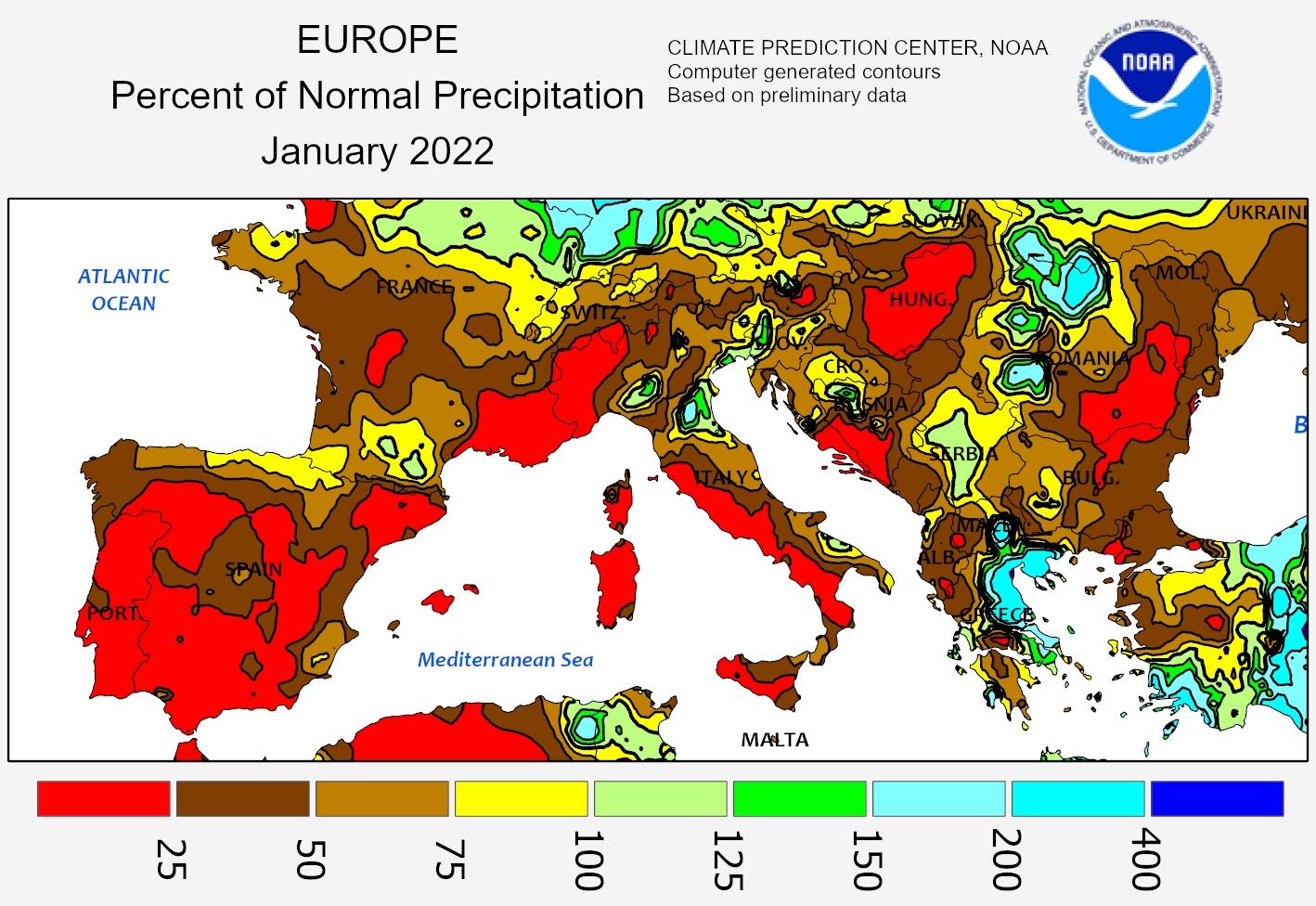 With the flows of the main rivers being less than half what they were at the same time last year, the analysis of data collected in the Piedmont region points to deeply concerning possible outcomes in terms of water supplies. In February, rainfall dropped 87.1% compared to the average for the season (with peaks even exceeding -90%), after a month of January that had recorded shortfalls that locally reached -92.7%.

An unusual episode of drought is also affecting the Aosta Valley, where minimal snowfall and a lack of rain have led to a drop in the flow of the Dora Baltea river (Aosta Valley and Piedmont, left bank of the Pô), which has now fallen below the level of last year. Finally, the water supply situation is also reported to be facing major shortfalls in Lombardy, where reserves of snow are 53% lower than average for the period and where the Adda has hit its lowest level of the past ten years. 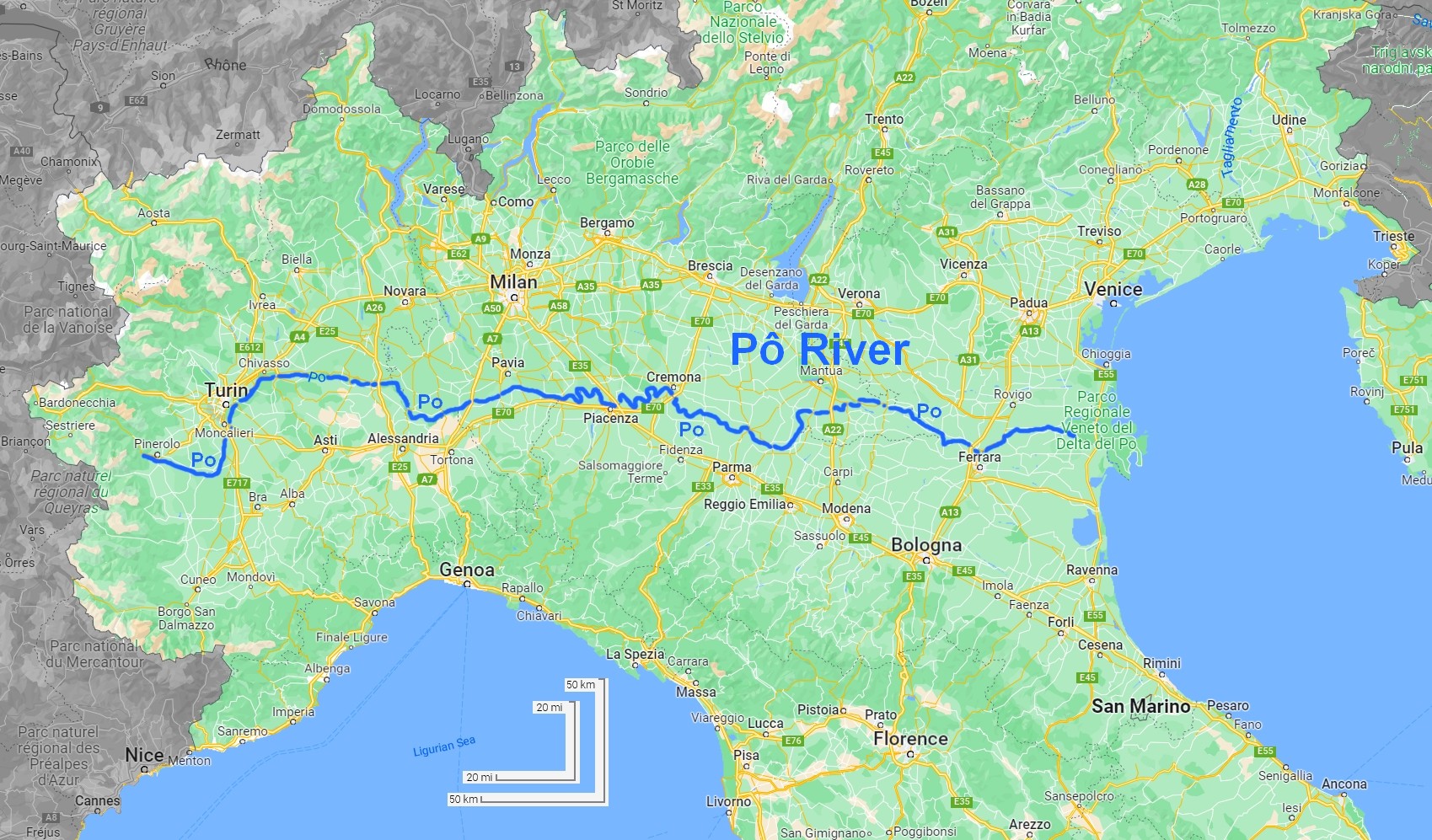 A smaller 2022 crop expected by AMITOM