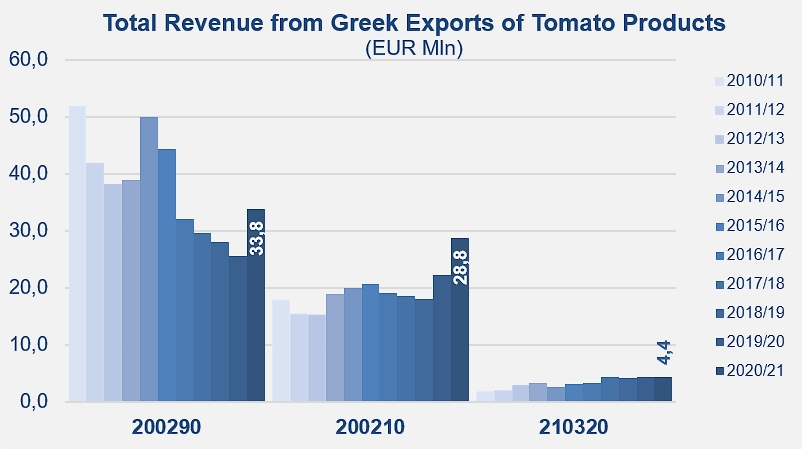 Over the past three years, a very large proportion (90%) of products exported were shipped to European countries. The EU absorbed approximately two-thirds of these quantities (36% to Western Europe and 30% to Eastern Europe), with non-EC countries of Europe accounting for approximately one quarter of the products involved. The United Kingdom is the main outlet for Greek tomato paste (9300 mT in 2020/2021), ahead of Austria, the Netherlands, Poland, Bulgaria, Cyprus, Belgium, Germany, etc. 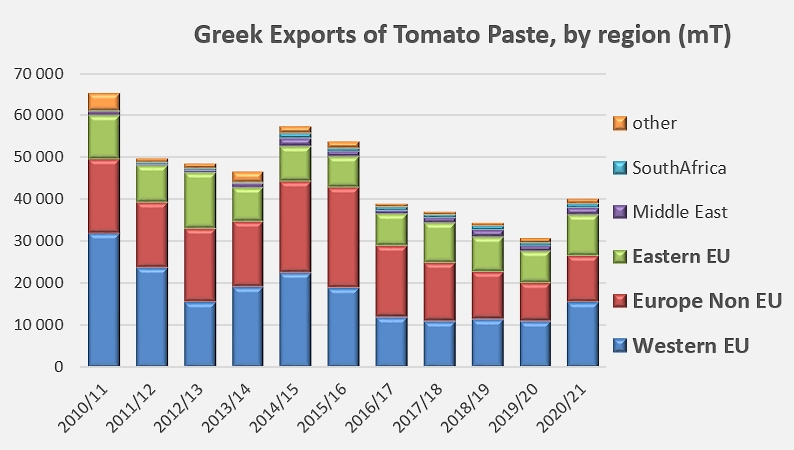 In terms of finished products, the Greek industry now exports more canned tomatoes (HS codes 200210, peeled or unpeeled, whole or chopped) than it does paste. Having consolidated its fourth place in the worldwide ranking of countries that export canned tomatoes, Greece now regularly ships quantities close on 36,000 mT of products, which it increased to 40,000 mT in 2019/2020 and more than 47,000 mT over the past marketing year. Trade outlets for these products are even more focused on European markets than those of the paste category. Over the past three years, the United Kingdom absorbed 39% of Greek foreign sales of canned tomatoes, accounting for average annual purchases of approximately 16,000 mT of products. Belgian purchases (slightly less than 7800 mT per year) accounted for 19% of Greek exports in this category, which were also shipped in large quantities to Sweden (9%) and Norway (9%), as well as to the Netherlands (5%), Poland (5%), and Germany (4%, approximately 1700 mT). Since 2010/2011, barring a few rare exceptions, foreign sales of canned tomatoes to countries that are neither in the EU nor in non-EC Europe have not exceeded 2% of Greece's operations in this sector. 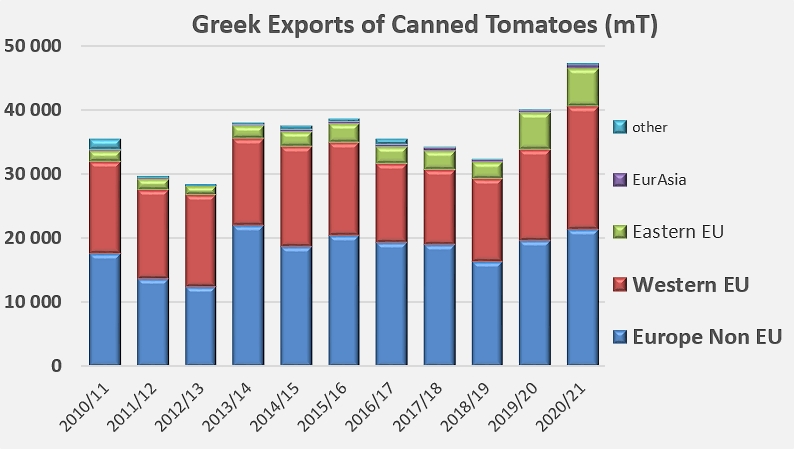 Whilst being relatively limited in 2010 (less than 2000 mT), Greek exports of tomato sauces have progressed over the past 10 years, reaching an average of 3000 mT approximately over the past four marketing years, with a peak of 3500 mT in 2019/2020. This growth has occurred in a context of major decreases in Japanese purchases, with a refocusing of sales on countries of the EU, particularly those of the Eastern region (Cyprus, Bulgaria, Romania), as well as to Sweden and, within geographic proximity, the country of Albania.

Some additional information:
Like the acceleration in sales observed for other industries due to the effect of the current pandemic over the past two years, the rate of Greek exports of tomato paste clearly increased compared to their usual levels during the months of March and April 2020, then again during October, November and December 2020, as well as during the spring of 2021. 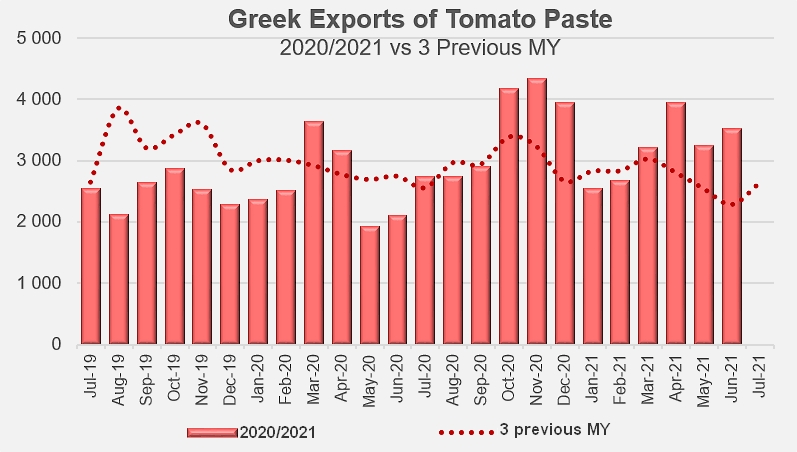 Distribution of Greek exports of tomato paste, according to category (HS codes) 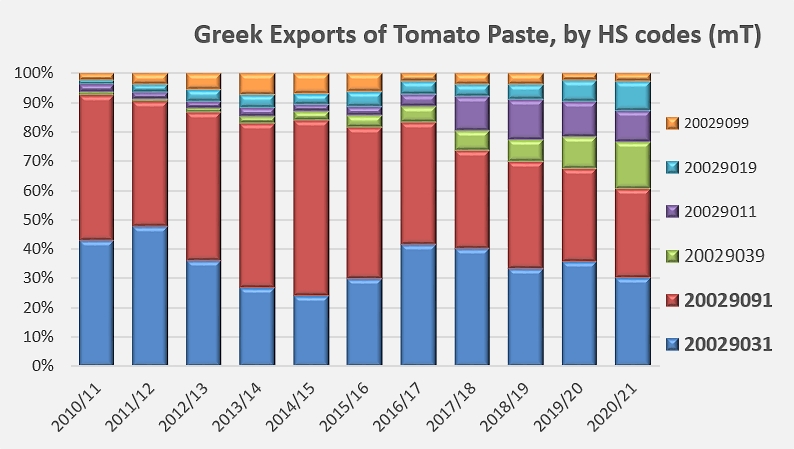 A comparative analysis of the detailed performance of the main exporting countries and the demand of the major importing regions for the full marketing year 2020/2021 will be published in our next Yearbook, available early November 2021. To consult previous issues, click here
To book your copy of the Yearbook 2021, click here