In Argentina, approximately 50 to 60% of the crop has now been harvested. The forecast is reduced to 420,000 tonnes due to hailstorms in the last two to three weeks.

In Australia, the estimate is now revised to 245,000 tonnes. Factories temporarily closed for a few days last week due to a large number of green fruits.

AMITOM Countries
The current forecast is 15.8 million tonnes for the AMITOM countries but it could be further reduced due to serious shortages of water in the Iberian Peninsula (Spain and Portugal) and to farmers switching to alternative crops in Turkey.

In Spain, surfaces will be reduced in Andalusia due to reduced water availability, which could also affect Extremadura to a lower extent. Production forecast remains 2.6 million tonnes.

In Portugal, tomato fields are irrigated with water coming either from the Tagus river or from boreholes. Last year, quality problems started to arise at the end of the season from poor water quality in shallow boreholes, and this could be exacerbated in 2018 as the total rainfall over the last year has only been 30% of normal. The biggest worry, however, is the availability of water from the Tagus as Spain may not release water if the river does not reach a level set by an agreement between the two countries. In the last few years, growers have been operating at the limit of profitability and a cut of 25 to 30% of surfaces allocated to tomatoes is probable, so production will probably be lower than 1.45 million tonnes.

In Turkey, the current rough estimate is between 1.2 and 1.5 million tonnes, and will depend to what extend growers switch to alternative crops.

In Ukraine, the forecast remains 730,000 tonnes. Land and water are available. Local consumption increases at a rate of 5% per year and is back to pre-2013 level. 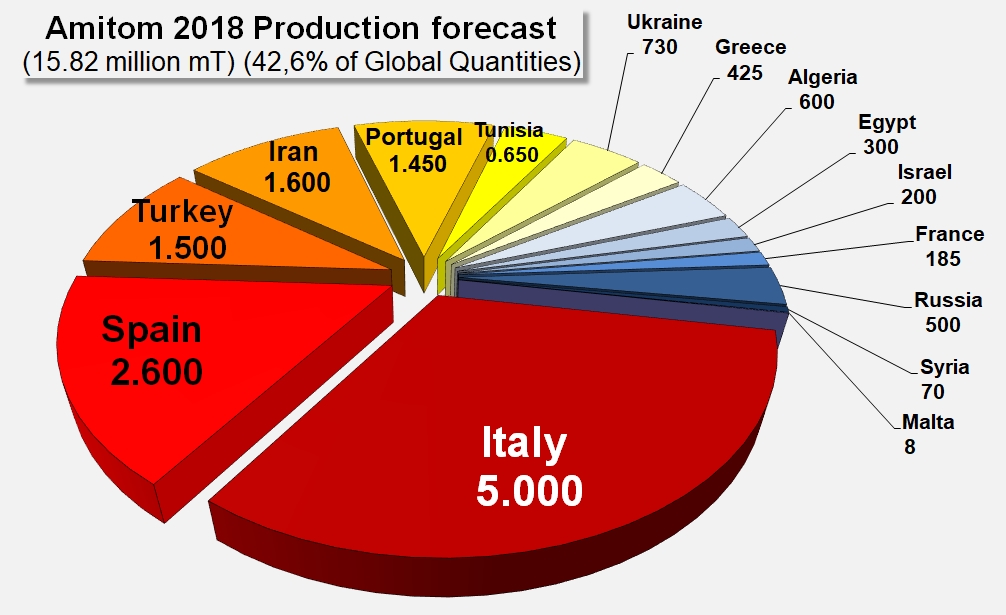 In Canada, it is too early to give an estimate but production should be close to the 426,000 tonnes processed in 2017.