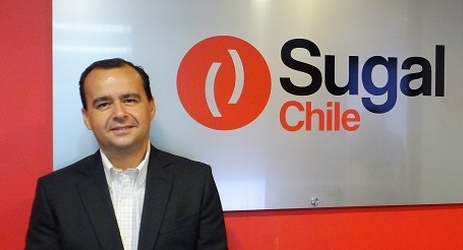 (Based on presentations at the 12th World Congress on the Processing Tomato, held in Santiago, 6-9 March 2016, by Mr. Alberto Montanari Mazzarelli, President of Chilealimentos AG, who opened the Congress, and by Mr. Juan Manuel Mira (CEO Sugal Chile).)


For the past 40 years, Chile has invested in the construction of a food-products exporting industry that is solid and competitive. In 2015, Chilean exports of food products generated a turnover of more than USD 15 billion, which is approximately 24% of the country's export total. 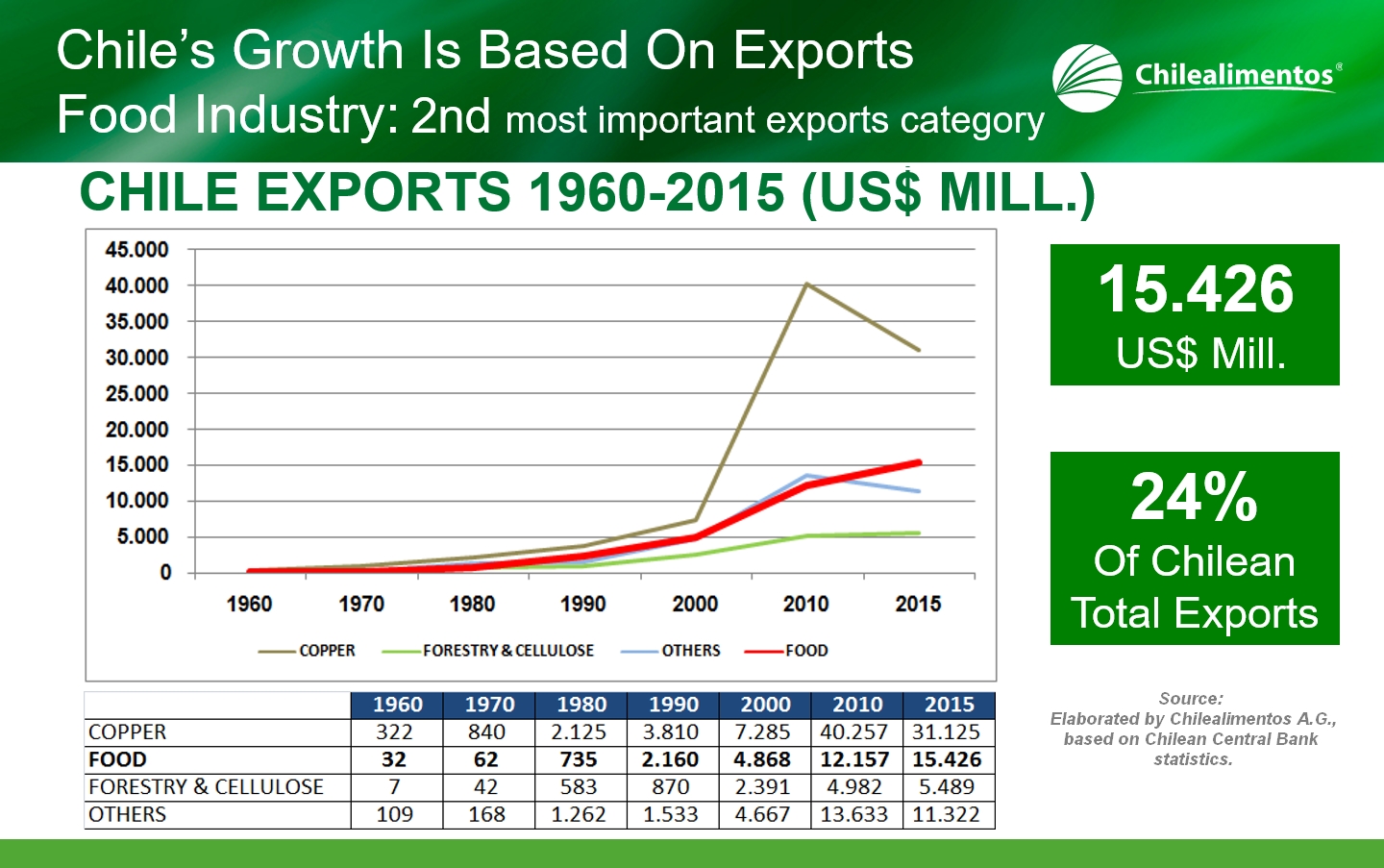 Undeniable advantages
Today, Chile enjoys a number of advantages and conditions that are favorable to exporting food products: Chile ranked seventh (in 2015) among the world's main tomato paste exporting countries. 101 000 mT were exported in 2014 (of which 75% were Hot Break, 20% Cold Break and 5% other qualities) and more than 118 100 mT in 2015. These volumes also make Chile the main exporting country of Latin America. Indeed, the continent itself is the major outlet for Chilean shipments, ahead of Asia and Europe. In 2015, the Arab Peninsula also consolidated its position as a very dynamic market for the two Chilean companies that operate on the worldwide markets (Carozzi-Agrozzi and Sugal Chile). 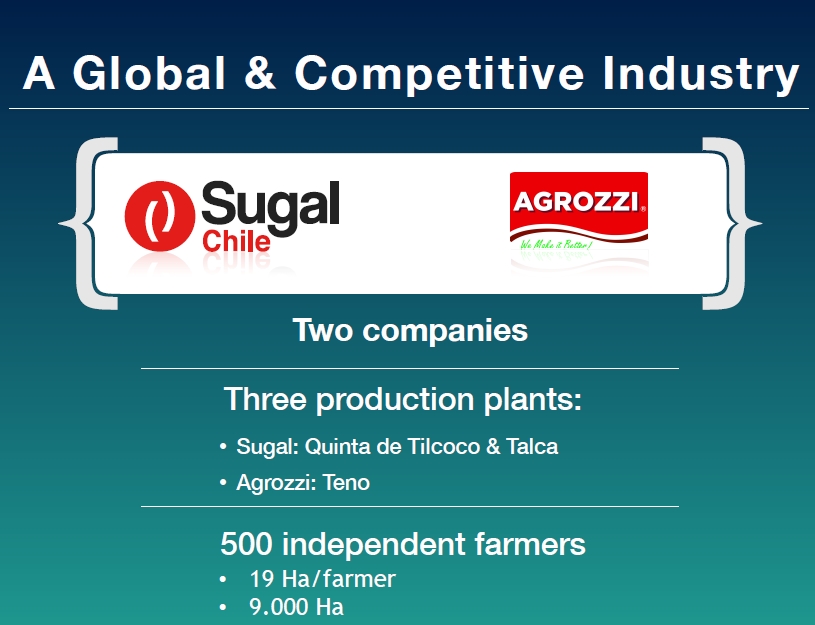 “Yield is our real challenge”
As for the agricultural sector, Juan Manuel Mira explained that the growing areas are located around the processing plants at Tilcoco (Sugal Chile, 130 km south of Santiago), Teno (Agrozzi, 170 km south of Santiago) and Talca (Sugal Chile, 260 km south of Santiago). Planted surfaces covered close on 11 000 hectares between 1997 and 2004, and the total area dedicated to processing tomatoes has virtually not varied over the past ten years, averaging around 8 500 ha every year: the annual price of raw materials is the only driver of growth. On the other hand, yields have notably progressed, from close on 70 mT/ha at the end of the 90s to almost 91 mT/ha over the past five years (+29%!), leading to a considerable increase in processed quantities over the period running 2000-2015. Yet the industry has not committed any particular investments to its processing capacity over this period.
Recurrent problems
The Chilean industry must however take account of persistent difficulties, mainly in the agricultural sector and concerning structural issues. The agricultural sector of the Chilean tomato processing industry does not feature many big farming operations that could offer economies of scale. The industry still counts 500 independent growers, each with an average planted surface of about 19 hectares of tomatoes.
Due to the limited individual investment capacities of growers, "technical" irrigation (which remains relatively costly in Chile) is only found on 15% of the growing surfaces. Neither have irrigation infrastructures seen any major investments. Furthermore, the industry is penalized by poorly qualified labor and by competition from other employment sectors, like the copper industry. Finally, the Chilean tomato industry has to deal with energy costs that are considerably higher than those of its competitors on the global market for paste exports. 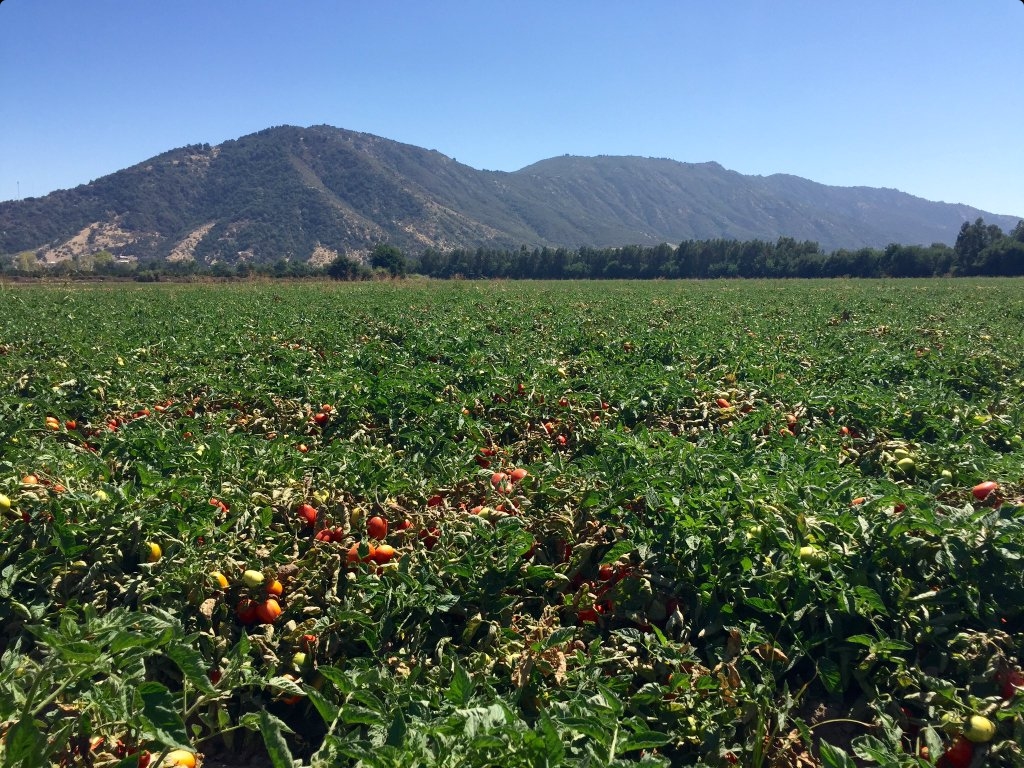 As in many other processing countries, the cultivation of processing tomatoes in Chile is in direct competition with several other crops, particularly perennial crops like fruit (fresh or dried, which are a specialty of Chile), and vines.  It must also compete with other very profitable crops like corn, berries and corn seed. Finally, the success and profitability of food exports have led to a regular increase in the price of farmland, which compounds the cost of agricultural production.
So today the Chilean industry must take account of the fact that the balance is going to be difficult to maintain, as cultivation costs increase and growers have insufficient means to invest in improvements for their agricultural yields. The only way for processors to remain competitive at the worldwide level is to increase their yields per hectare, rather that raise the price of finished products – a real challenge when it comes to translating the projected targets into concrete measures with 500 independent growers...
In 2016...
For 2016, the Chilean industry is considering processing 855 000 tonnes of tomatoes, grown on a surface of about 9 000 ha (requiring a yield of 95 mT/ha). Processors have negotiated the price for tomatoes with individual growers, using an approach that involves financing a large part of their production costs : The price of a tonne of raw tomato this year has been fixed at USD 68 /mT. The average agricultural cost has been estimated at USD 5 800 /ha, which means that the price agreed, barring mishaps, allows a profit margin of USD 660 /mT (about 11%) for the tomato grower. 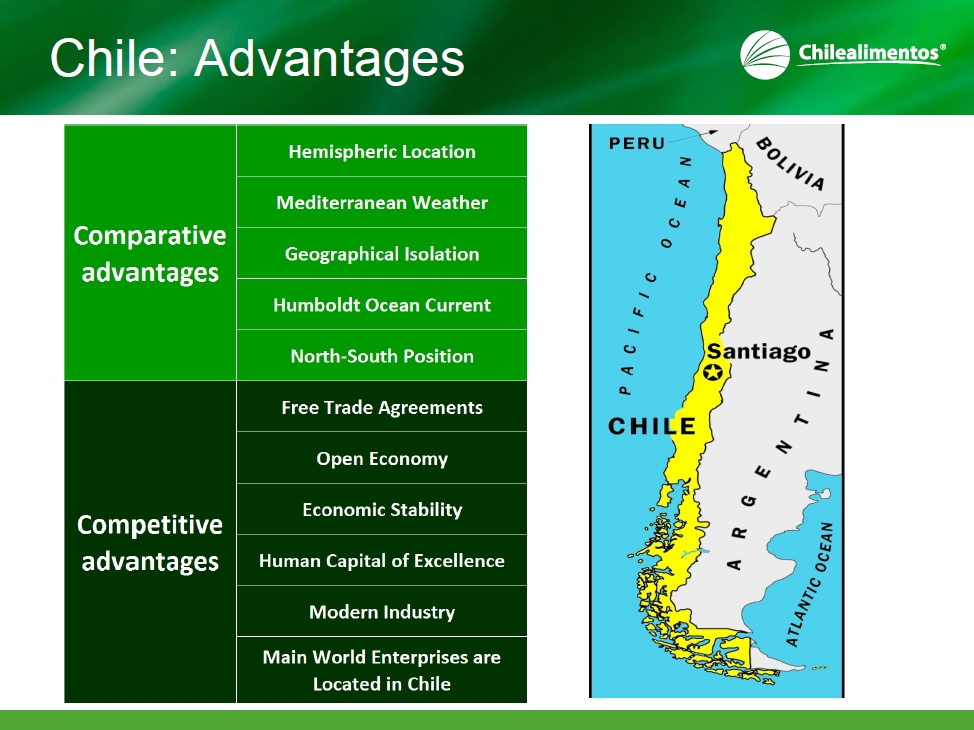 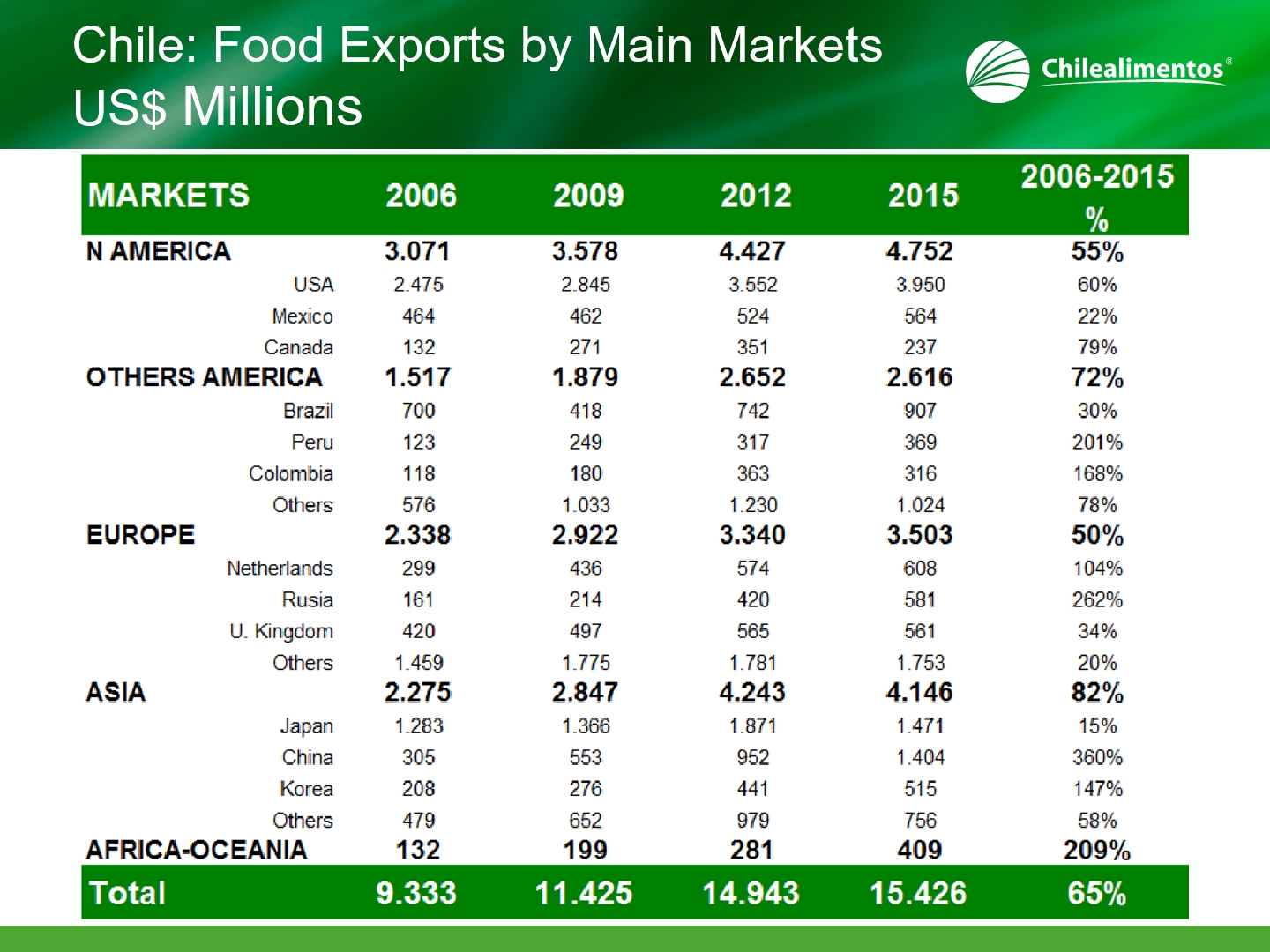