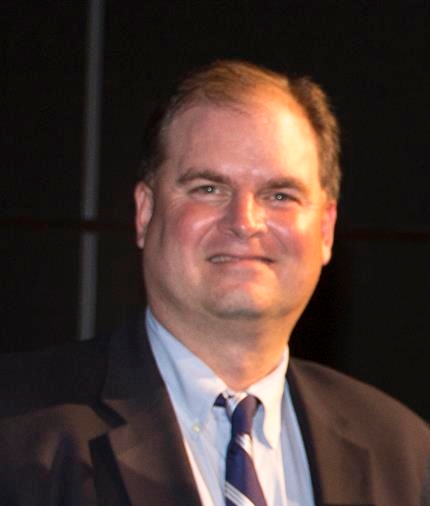 California: comments on price and season
Products, Firms & Organizations
Commenting on the agreement (USD 70.50 per ton) reached in early May, Mike Montna, chief executive of the CTGA explained that due to the inventory and currency situation, “demand is less than it was even last year, two years ago, three years ago. […] We think it’s a fair and reasonable deal,” Montna said, “but it still doesn’t mean it’s not going to be a tough deal for farmers who are going to have to watch their inputs the best they can, and really hope for yield." Montna said the projected tonnage (11.6 million tons) represents a yield of 49 tons per acre, which he has never seen happen. 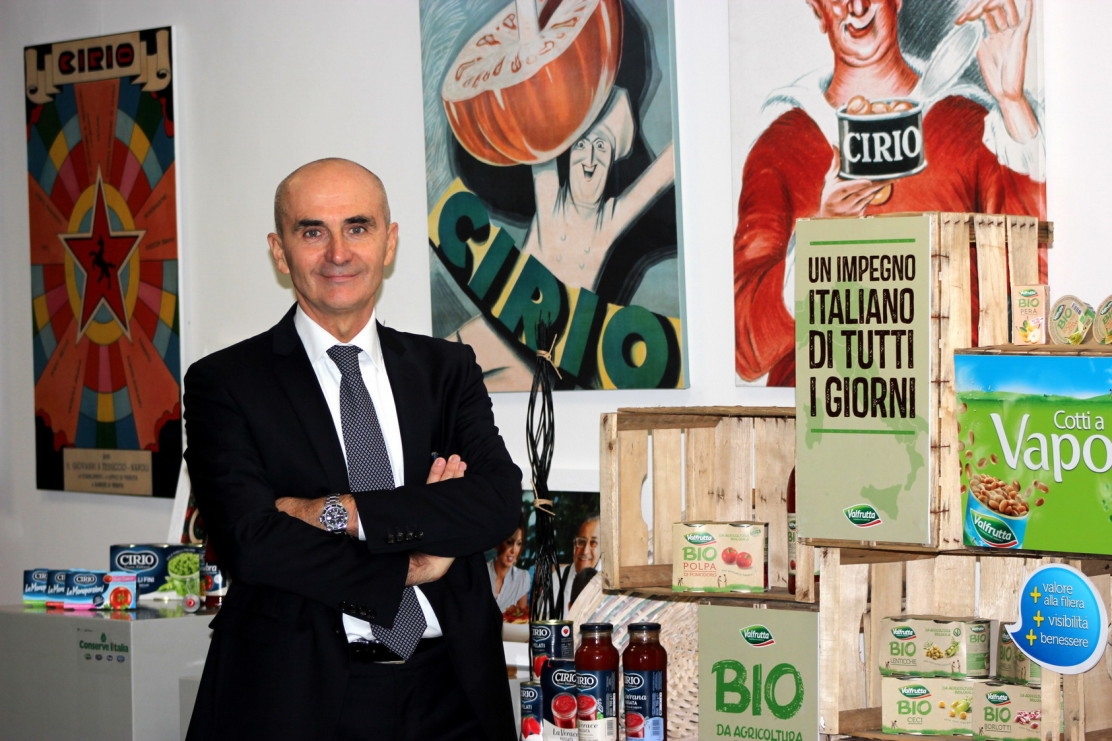 Conserve Italia: sustainable development
Products, Firms & Organizations
Pier Paolo Rosetti, the General director of Conserve Italia, has committed the company to a three-year project financed by the GOI (Gruppi operativi per l'innovazione), which aims to reduce the consumption of water and plant health inputs for Conserve Italia's different crops of processing fruit and vegetables. The objective is to set up sophisticated software tool that can identify and accurately localize crop requirements, by creating a complete map of the climate variables and soil parameters (soil quality, temperature, rainfall, humidity). 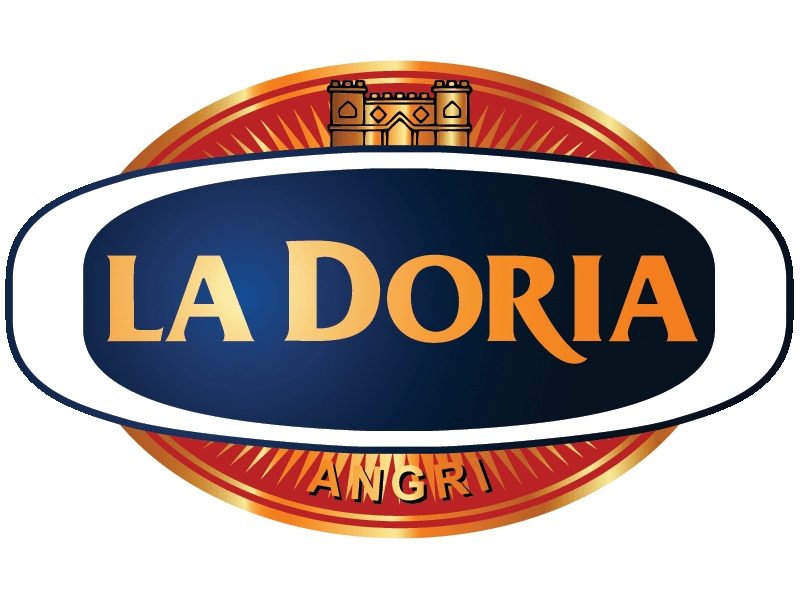 La Doria: turnover is down
Products, Firms & Organizations
La Doria's intermediary report published 31 March indicates, as expected, "a decrease in results compared to the first term of 2016, due to the deflation of sales prices and the intensification of the competitive environment caused by the Brexit."
Despite a significant increase in the volume of sales, this performance has notably been impacted by the results recorded by the British industry, which is itself affected by the unfavorable evolution of the euro-to-pound-sterling exchange rate. 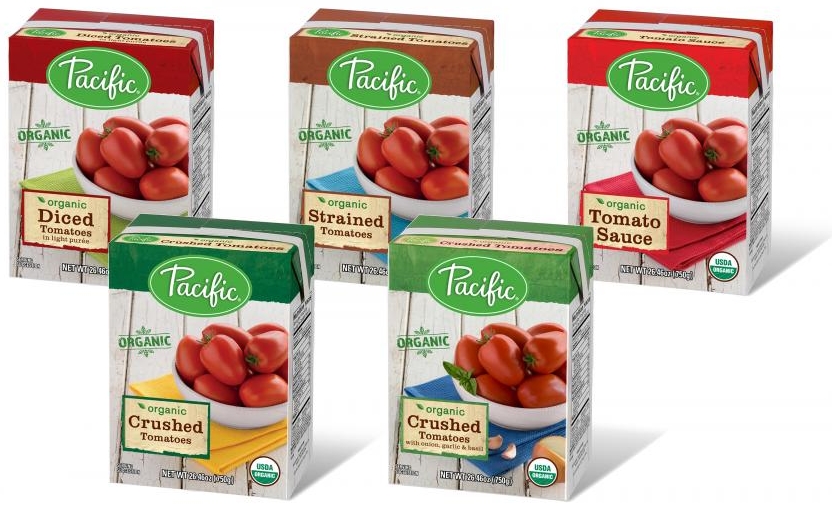 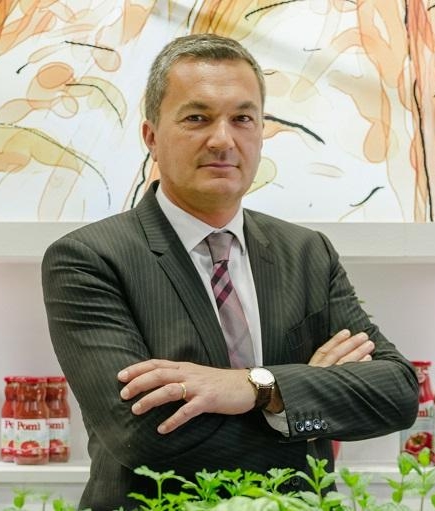 Italy: award for Casalasco
Products, Firms & Organizations
At the end of May, the regional authorities of Lombardy granted awards to fifty companies who recorded the best operating performances of the year 2015. Among the 31 000 different companies based in the Lombardy who recorded an annual turnover between EUR 2 million and EUR 19.7 billion, the Consortium Casalasco was awarded the prize for the best food industry enterprise of the region. 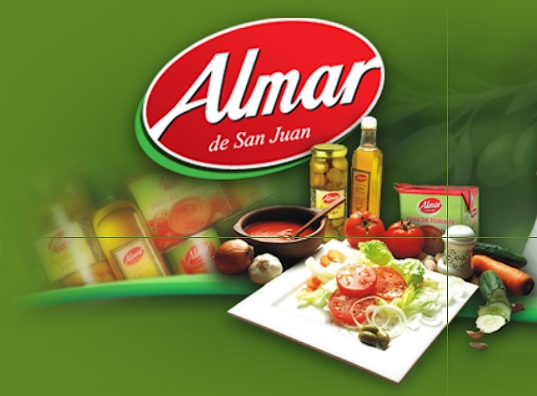 Argentina: a new production line for Almar
Processing, Plants & Equipment
On 26 May, the Almar company opened a new production line – the seventh at its Pocito factory – dedicated to the conditioning of tomato products in "Tetrabrick" packaging. This new investment is part of an approach that aims to increase the quantities processed by the company, which is committed to responding to the demands created by a strategic alliance with the big national retail chains. The factory's capacity should grow from 200 tonnes/day to 300 tonnes/day. 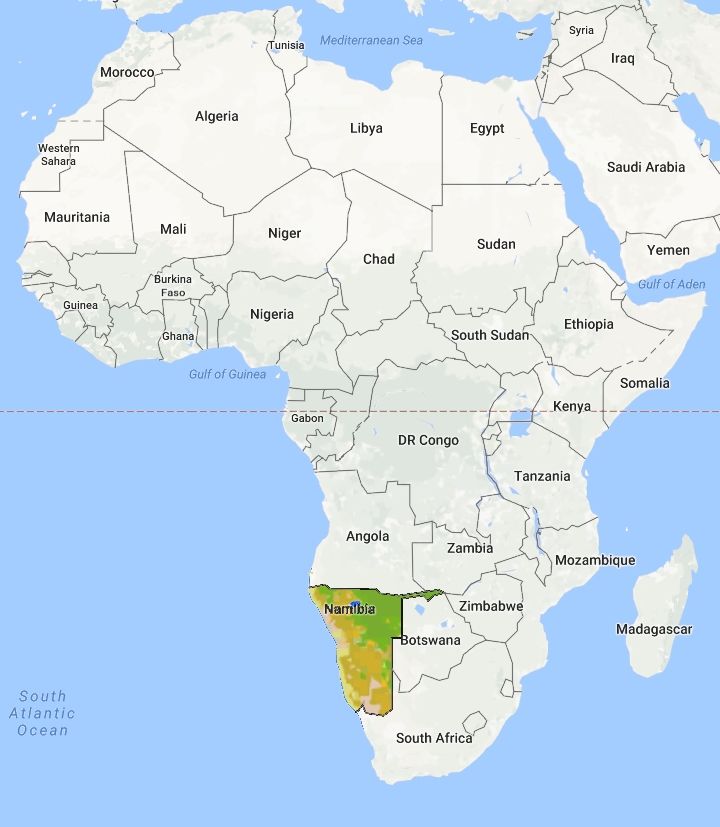 Namibia: a further step towards developing a domestic industry?
Processing, Plants & Equipment
A Namibian political leader recently explained that the country can use the existing food supply gap as an opportunity to create employment and increase income per capita, while reducing its dependency on South Africa by about 80%. Namibia's fish industry spends millions of dollars on imports of tomato products from other countries for fish canning, which presents an opportunity for Namibians to capitalize on by growing tomatoes and establishing processing factories. 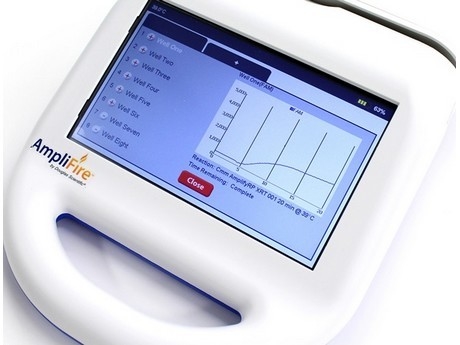 Rapid DNA Test for detection of bacterial canker
Farming & Agronomics
Since early 2017, Agdia, Inc. has commercialized a rapid and user-friendly DNA test kit, based on their AmplifyRP® XRT platform, for the detection of Clavibacter michiganensis subsp. michiganensis (Cmm) in tomatoes. Cmm, the causal agent of bacterial canker of tomato, is a devastating disease that can result in crop losses of up to 100% if not quickly identified and managed.
The total assay time is less than 30 minutes, including sample preparation. This is a stark contrast to PCR (Polymerase chain reaction) methods which can take hours or days to complete. 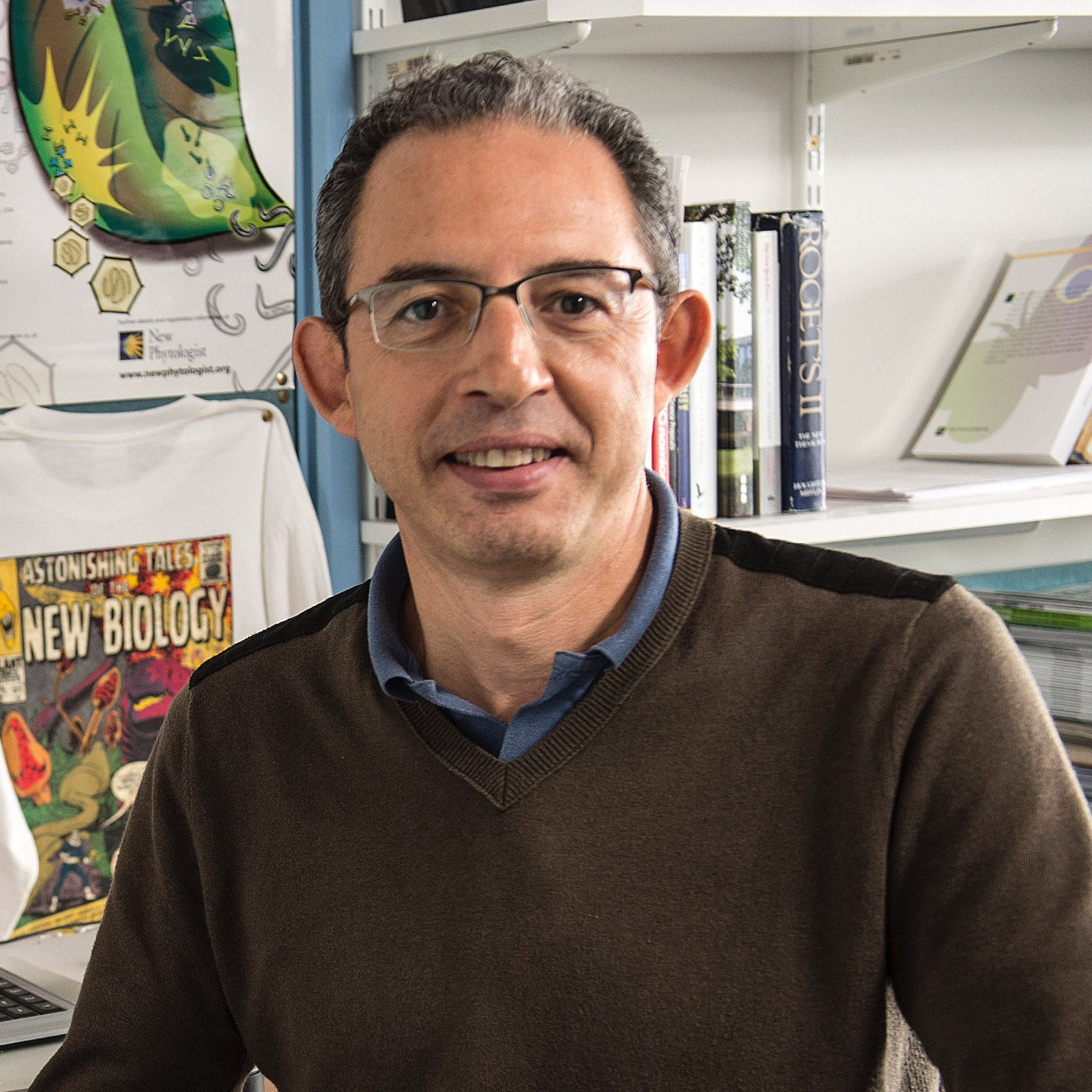 UK: a new way to fight powdery mildew?
Farming & Agronomics
Using the gene-editing technique Crispr/Cas9, Sophien Kamoun’s team at the Sainsbury Laboratory (UK) snipped out a piece of a gene called Mildew Resistant Locus O, or Mlo. That deletion makes the tomato resistant to powdery mildew, a serious agricultural problem that takes a lot of chemicals to control.
There is “no detectable difference between the mutant and the wild type,” but for now, European regulations make the new type essentially illegal. “There’s more clarity in the US, [where] one could probably get approval. […] USDA has approved about 30 organisms made in these new ways,” explains Kamoun.

Whole tomato extract may treat stomach cancer
Science, Tomato & Health
Researchers from the USA and Italy found that whole extracts (as distinct from “isolated” carotenoid compounds like lycopene) from two Italian varieties of tomato have the potential to treat and even prevent stomach cancer.
Scientists found that each extract not only halted the growth of gastric cancer cells, but they also interfered with cell migration – whereby cancer cells begin to move away from the primary tumor to invade surrounding tissues – and led to cancer cell death. Furthermore, "their anti-tumoral effects seem not related to specific components, such as lycopene, but rather suggest that tomatoes should be considered in their entirety," say the researchers. 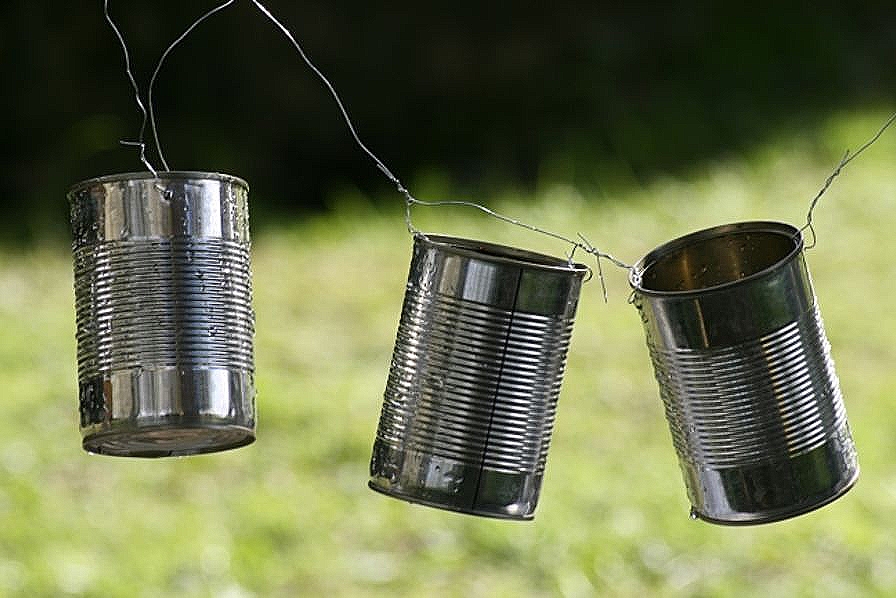 France: disagreement with Europe over BPA
International Legislation
Despite the position of Europe's health agency, which had cleared this chemical, the French health agency ANSES wants to get bisphenol A classified as a substance of "very high concern". Since January 2015, the rules in place in France ban this chemical substance from food containers, but the law has been partially censored. New studies about the hazards presented by the substance form the basis of the ANSES approach, which hopes to set up a Europe-wide consultation and carry out a complete review of all relevant knowledge and data.
Related companies