In 2017/2018, the total capacity of the 40 biggest tomato processing companies in the world amounted to more than 35.7 million metric tonnes (mT) of raw tomato, which is approximately 94% of the volume actually processed during the most recent season (37.8 million mT). 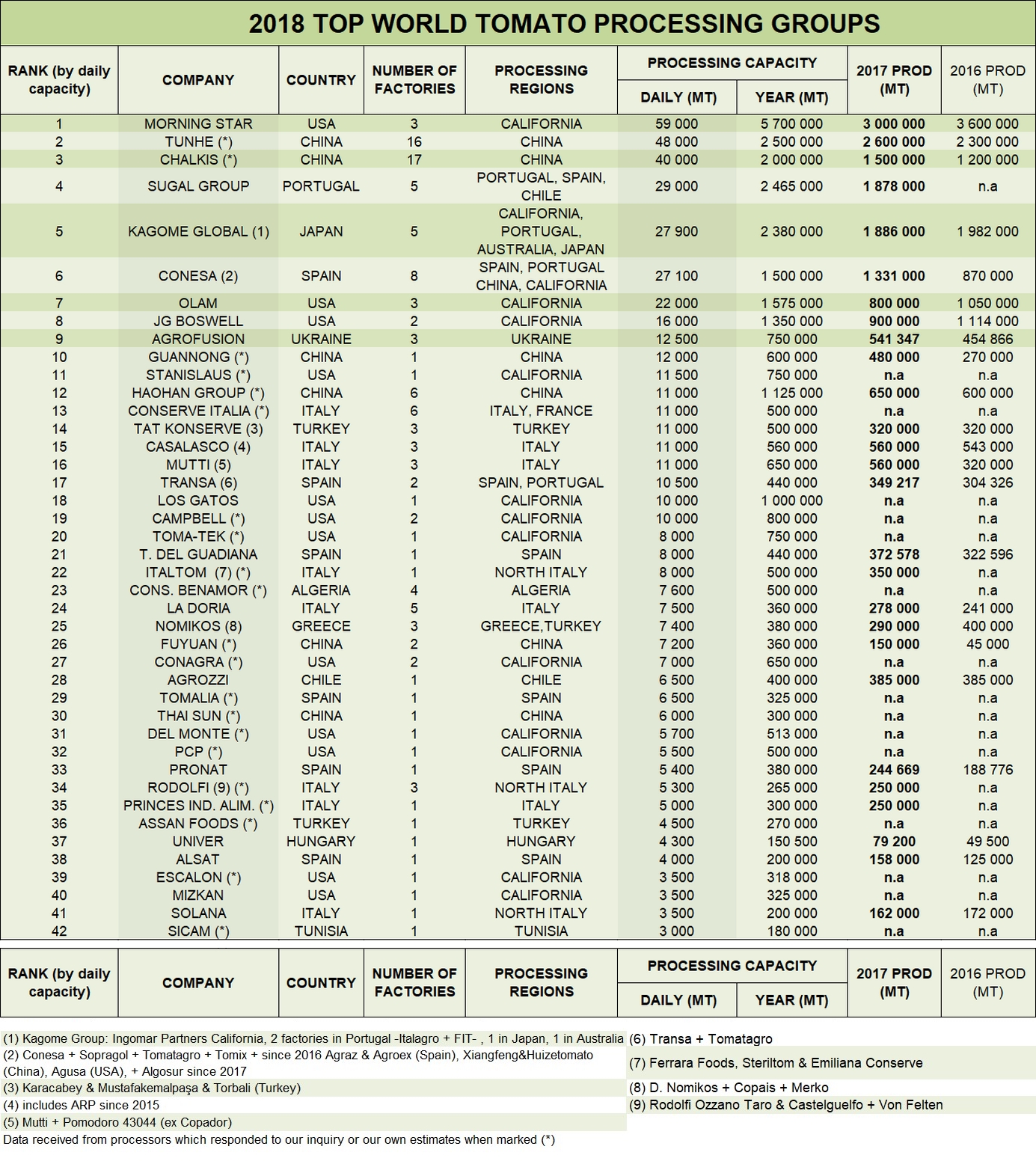 Companies ranked in decreasing order of daily processing capacity
On the basis of the declarations supplied by companies who were willing to respond to the Tomato News survey, the duration of the season varies significantly according to whether operators are active in Hungary (where the season is shorter, and lasts approximately 35 days) or in California (the longest season, with an average of 88 days). The average duration of the season around the world is approximately 66 days, for an average daily capacity of more than 540 000 mT (for comparison, slightly more than the volume that the Russian industry as a whole expects to process this year). 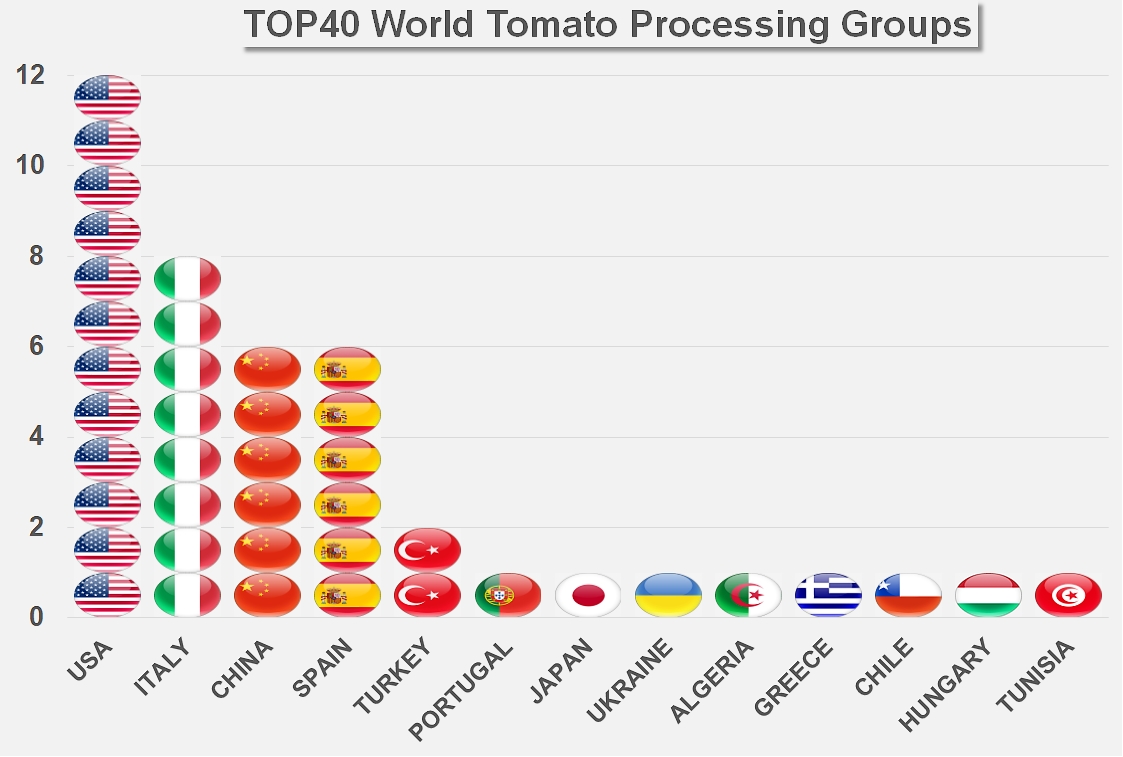