Cyclical droughts that complicate crop scheduling, a farming system that uses too much water: faced with these difficulties, the Portuguese agricultural model is questioning its future.

"It's summer in the middle of winter and it's not normal," says a farmer from the Abrantes region, in the Tagus Valley, 150 km north of Lisbon. "Usually at this time of year, the grass I planted reaches 30 or 40 centimeters, but since it doesn't rain, it hasn't grown," adds the farmer, who is forced to feed his animals with the fodder he has gathered in anticipation of next summer.
In the Tagus Valley, 100,000 hectares of very good land are used to grow tomatoes, cereals, fruit trees, olive trees and almond trees. The flow of the river varies according to the rainfall received, but also according to the needs and water withdrawals in Spain, as explained by the leader of the farmers' association of Abrantes about the "water releases made by Spain", as provided for in the "Albufeira Convention" that sets the rules of water management in the Iberian basin.
In principle, releases are weekly, but Spanish growers "are also affected by the drought...". Spain holds the key since most of Portugal's rivers are born on its territory. Faced with the drought, growers are not hiding their concerns, divided between the risk of seeing their crops dry up and the certainty of significant financial losses if they decide not to plant anything. 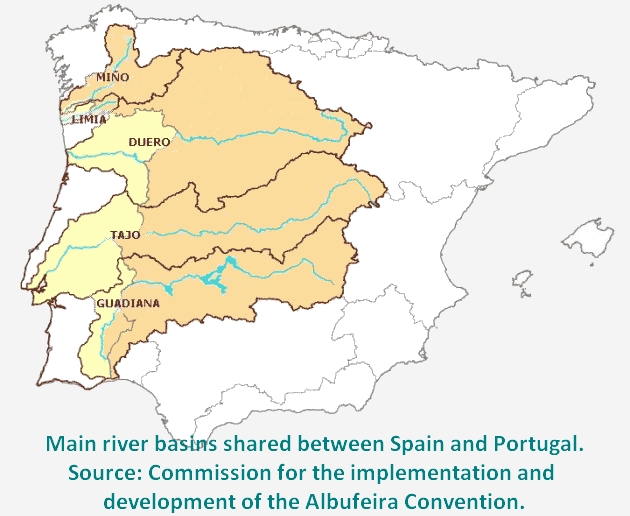 95% of Portuguese territory is suffering from drought
Some farms have invested in giant sprinklers. "Only those who have an irrigation system can get by. But it's a big investment. And with the cost of energy rising, it's difficult." More and more often, farmers are looking for water 50 meters below the ground. By the end of February, 95% of Portugal was declared in a state of severe or extreme drought.

15 km north of Abrantes, the reservoir of the Castelo de Bode dam, on the Zézere, a tributary of the Tagus, is at a very low level. Like this one, many dams are at 50% of their usual reserve capacity. "North of the Tagus, [the dams] are used to generate electricity. At the end of last year the turbines were working at full capacity because of the very attractive price of energy. But the operators did not foresee the low rainfall that would follow." The result is a very low level of reserves, a situation criticized by the leaders of the Ribatejo Farmers Association in Santarem.
For the association, the measures decided by the authorities have been too little too late: on 1 February, the inter-ministerial commission for the prevention of drought decreed the suspension of electric turbines for five dams, including Castelo de Bode. For their part, growers are demanding "more dams, to store water without depending on the goodwill of Spain and to be able to irrigate more generously." 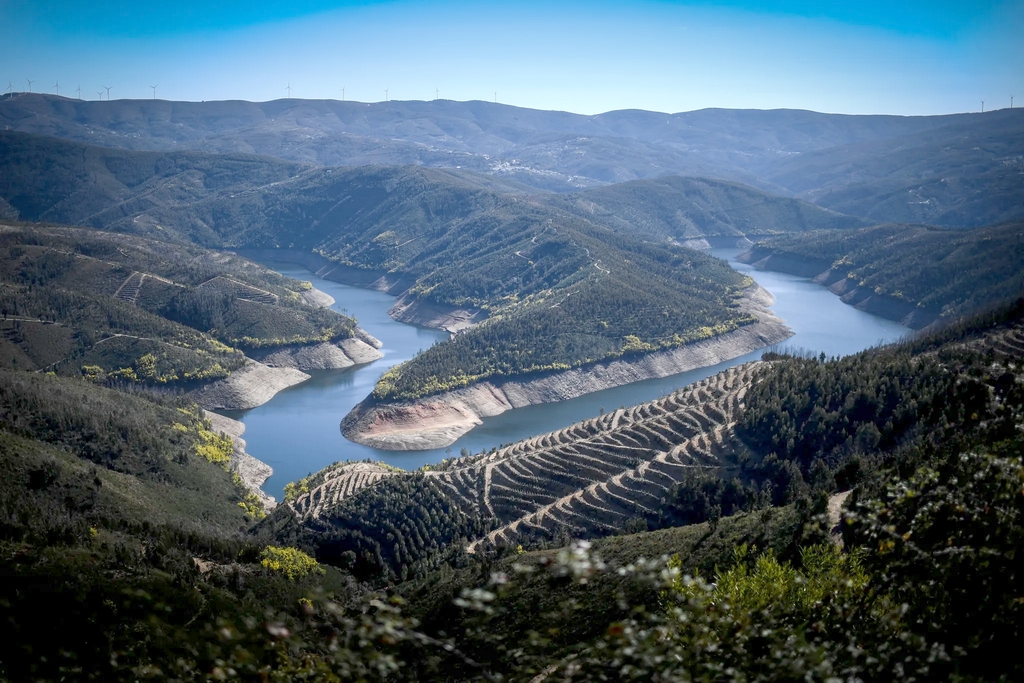 In central Portugal, the waters of the Zerere River, a tributary of the Tagus, are very low.
However, for specialists like Rui Cortes, professor of hydrology at the University of Trás-os-Montes and Douro (Utad) in the north of the country, that approach lacks foresight, and risks causing a general depletion of water resources, especially in terms of quality. "I am opposed to this idea of building new dams, and in particular the Tagus program, which aims to install twelve new dams for an investment of EUR 2 billion. The sole purpose is to irrigate crops that are increasingly demanding of water. That's a mistake." The dams are also reservoirs of drinking water, such as the Castelo de Bode dam, which supplies Lisbon, or the Alqueva dam in the south. "Droughts are cyclical in Portugal," explains the university professor, "but the cycles have become more frequent, and the rainy periods are heavier and more staggered in time, which makes it difficult to program crops."

In the Mediterranean Basin, some countries are facing a historic drought
A few months off the start of the 2022 season, Morocco, Spain and Portugal are particularly affected by the winter's rainfall deficit. The months of March, April and May are expected to be warmer and drier than normal.

Rain, sometimes even torrential, fell during March in some countries around the Mediterranean. In France, an "atypical" Mediterranean episode for the season hit on the weekend of 12-13 March, with the equivalent of three to four months of normal rainfall for a month of March.
Morocco received more modest rainfall, with up to 34 mm falling in Agadir on 15 and 16 March. Spain reported a cumulative rainfall of more than ten millimeters throughout the country, with a record of 100 mm recorded in Malaga, over the period running 9 to 15 March. 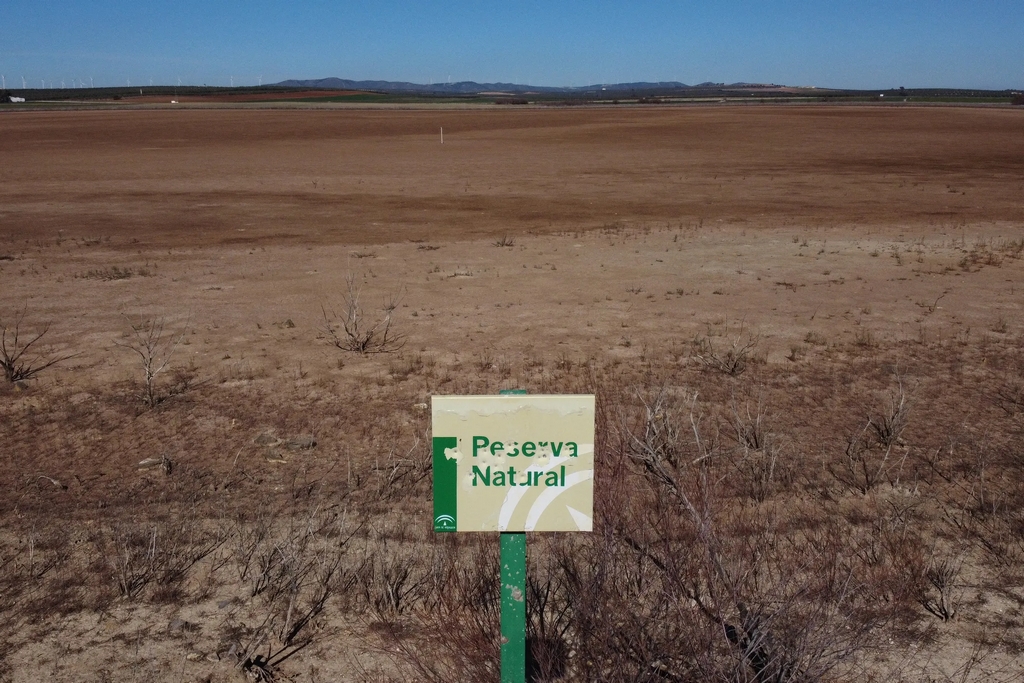 Lake Dulce in Campillos, 15 February 2022. During the winter of 2021-2022, mainland Spain received only 45% of the usual amount of rainfall.
These rains followed a historically hot and dry winter, and a particularly critical situation in southwestern Europe and Morocco. "They provided a small compensation for the winter deficit, but the lack of rainfall observed over last autumn and winter, a period when water accumulates in the soil, has made us lose all hope of a good vegetative period for the sowing of winter crops such as wheat," notes José Camacho, of the World Meteorological Organization.

This is why Morocco, and especially its Atlantic coast, is experiencing its worst drought period in thirty years. Tunisia is experiencing a series of water deficits: 36% less last autumn compared to the average recorded over the 1981-2010 period, then 27% less in December, 30% less in January. At the end of winter, in mid-February, the dams were reported to be suffering a filling deficit of 50%.
Portugal has experienced its driest winter since 1931. In the period running from October 2021 to 15 March 2022, it recorded a cumulative rainfall of only 277 mm. The Portuguese Institute of the Sea and Atmosphere reports that 77% of the territory has been classified as suffering "severe and extreme drought" as of mid-March.
Neighboring Spain, too, is emerging from a very problematic winter. The winter of 2021-2022 was the second driest and fourth warmest since 1961, says the meteorological agency Aemet. The Spanish mainland has received only the equivalent of 45% of the average rainfall for a normal winter.
However, this winter followed an autumn that also recorded a rainfall deficit. So much so that over one year, from 1 March 2021 to 28 February 2022, the Aemet describes "a situation of meteorological drought throughout Spain."

Spring to be drier than normal in southern Europe
The southeast of France has not been spared. According to Météo France, rainfall was "almost non-existent" and this winter ranks "among the ten driest winters" since 1959 on the Mediterranean coast. On 1 March, soil humidity was 30 to 40% below the normal average for the 1981-2010 period, over a large part of the region.
As the winter progressed, "the drought gradually spread eastwards, affecting the Po Valley, southwest Calabria and Sardinia in Italy," adds José Camacho. 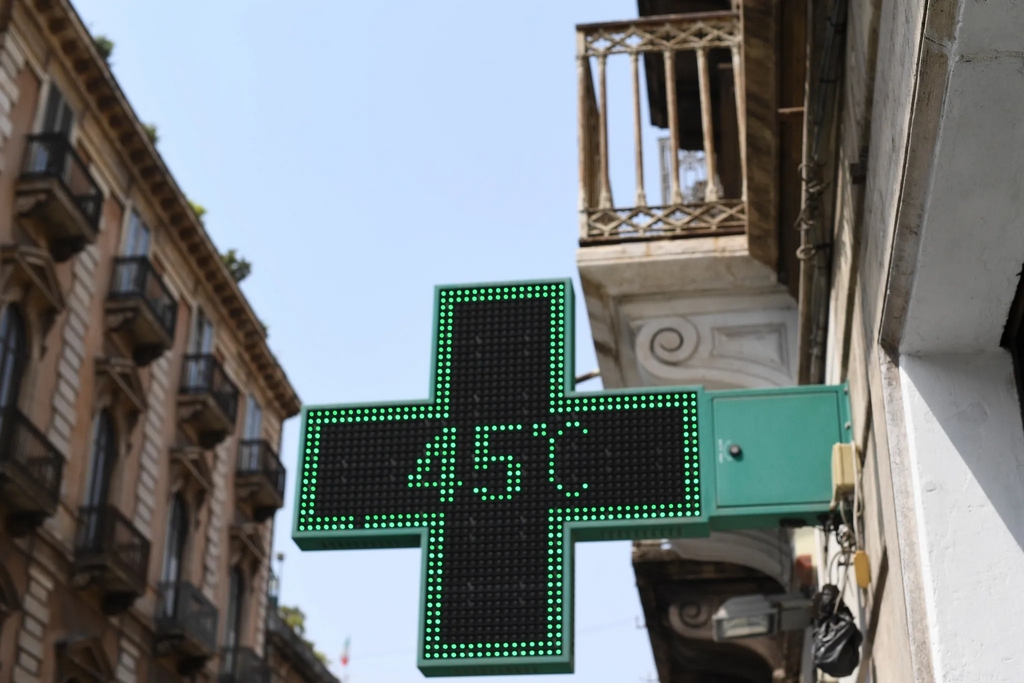 A temperature of 45°C measured in the streets of Catania, Sicily, on 11 August 2021.
In Europe, the temperature record was broken during the summer of 2021, with 48.8°C in Sicily, 0.8°C higher than the previous one.
Some additional information:
Organized every three years since 1997, the World Water Forum was held for the first time in Africa, in Dakar, Senegal, from 21 to 26 March. According to recent studies, nearly 4 billion people live in regions affected by severe water scarcity at least one month a year, according to UN Water and UNESCO in their report on groundwater.
One hundred and seven countries are not on track to achieve sustainable management and universal access to water and sanitation by 2030, reports Water Coalition, a collective of NGOs.