Unlike the previous surveys of worldwide consumption that have been regularly published in the Tomato News magazine, this 10th edition is the first one to describe the events linked to marketing years rather than calendar years. It also breaks with the regional trade distribution pattern that was determined in 2010, by reducing to 16 the number of regions used to account for worldwide consumption (which was previously distributed over 26 regions). This representation is more reliable and closer to the reality of the markets, and has been drawn up with the support and assistance of the WPTC, who commissioned this survey, and to whom we express our thanks.

The sixteen newly redefined regions for the zoning of world consumption.
For this 2018 study, we have reduced from 26 to 16 the number of regions used to support the global analysis of consumption, in order to respect cultural and/or commercial groups more representative of the reality described by national associations, processors and other experts of the sector, and to describe areas whose population is large enough to constitute a significantly relevant region of consumption. 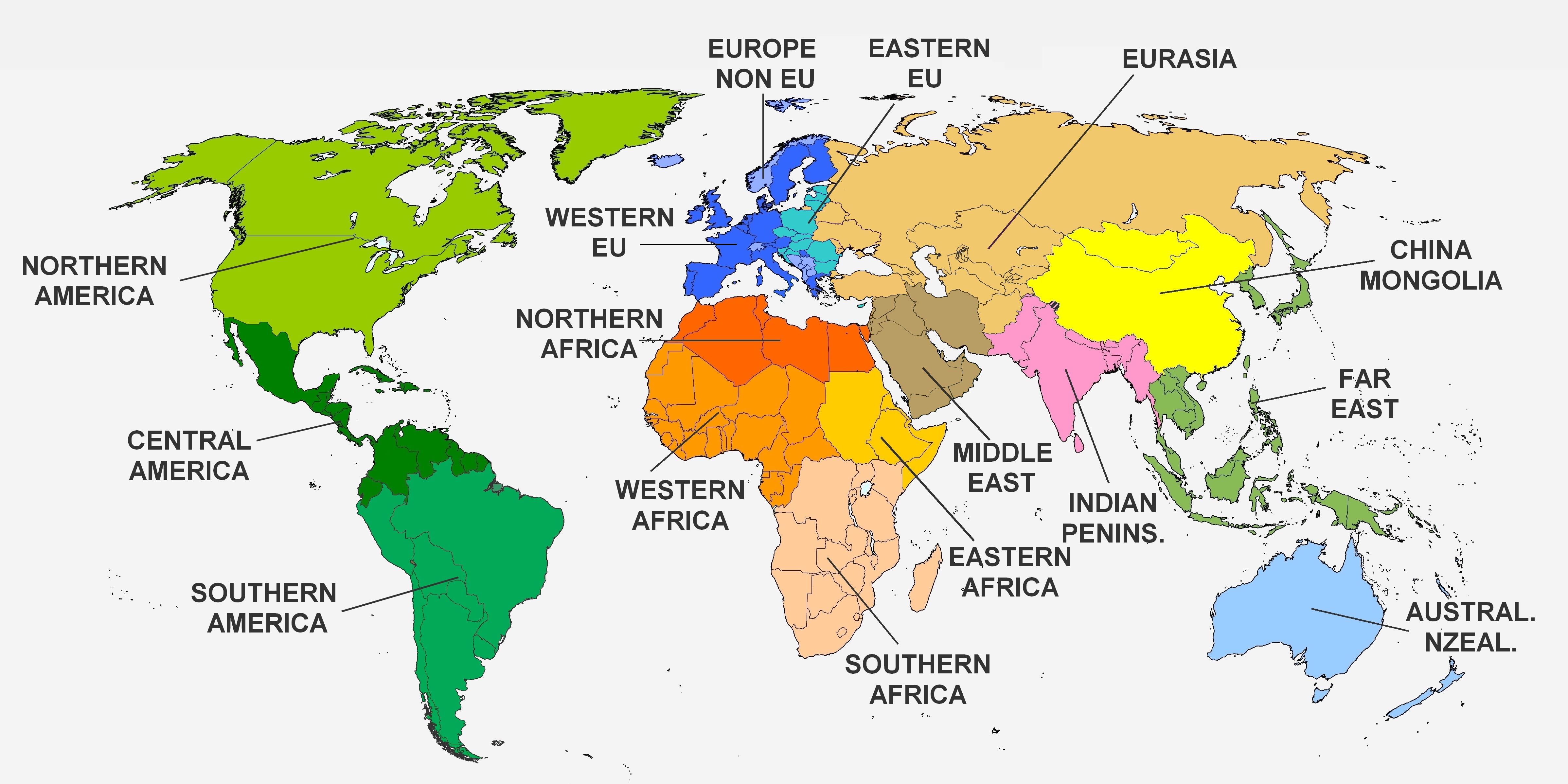 Methodology
Since 2002, Tomato News, in collaboration with the WPTC, has carried out a study to analyze the global consumption of processed tomatoes and identify regional trends. Because of the limited availability of some data and of the methodology used, what this study presented was more a reflection of apparent disappearance and demand than of real consumption.
Records for each country include statistical information on imports and exports of each category or subcategory of tomato products and, where applicable, national production information (WPTC figures). For partner countries, the volumes imported have been pieced together from figures supplied by all exporting countries. Import figures were compiled in the same way, to provide complete and consolidated tables that reached a coherence level of 98 to 100% for the three categories.

For each country and each year, the “raw material” or “farm weight” equivalent of shipped quantities was calculated, based on several different official information. For the canned tomato and sauces & ketchup categories, conversion rates were used according to the origin of the products. The trade balance for each country was determined in terms of fresh tomato equivalent (i.e. exports minus imports). For each year, apparent domestic consumption in each category was calculated according to the formula:
Apparent consumption = initial stock + production - trade balance - final stock (with stock figures assumed to be zero).

The collated regional figures provide a way to chart the evolution of worldwide consumption for the period of the twenty marketing years considered by the survey. In order to validate the coherence of these results, the values obtained have been compared with annual production figures supplied by the WPTC. In this way, the volumes processed have been used directly in their annual “July-June” form, as have the values for trade and consumption.

In this connection, it is very important to note and understand that the margin of error attributable to lack of knowledge concerning annual changes in national and regional carryover stocks is significant enough to prevent any attempt at issuing, interpreting or commenting national figures. This also explains why results and general trends are highly influenced by the profile of global processing.
Coming soon, Part 2: Worldwide trade: growth has slowed