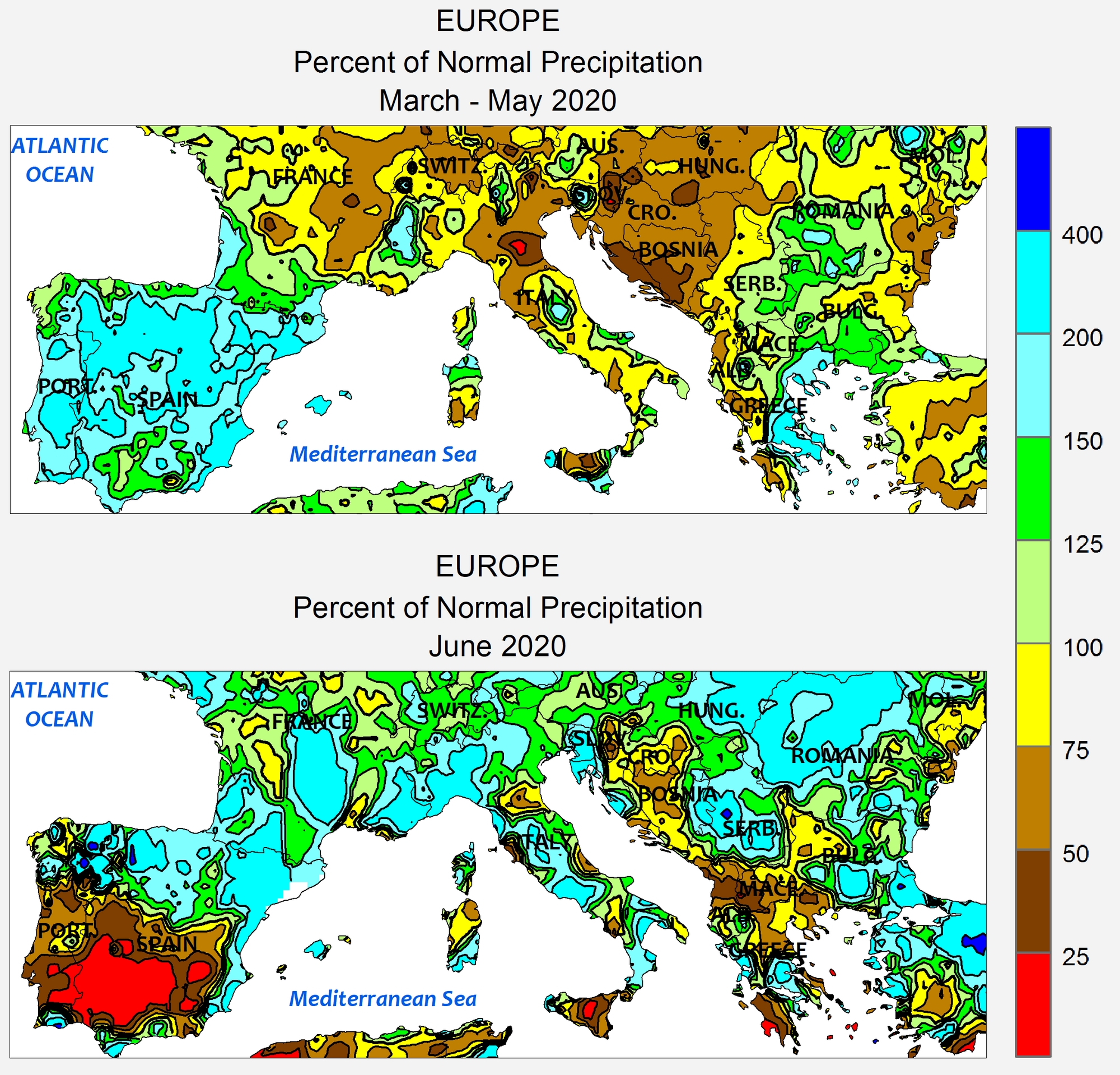 Weather conditions were particularly wet on the Iberian Peninsula and relatively dry over most other Mediterranean production areas of processing tomatoes in early spring. The opposite situation was recorded in June, with very dry conditions on both sides of the Guadiana, and relatively heavy rainfall from northern Spain to France and in central Italy and the southern tip of the country.

Temperatures were almost uniformly above seasonal spring averages in the Mediterranean growing regions, with some local exceptions in south-central Italy and mainland Greece (central Greece, Thessaly, etc.). On the other hand, the month of June was almost perfectly in line with expected seasonal levels throughout the Mediterranean region. 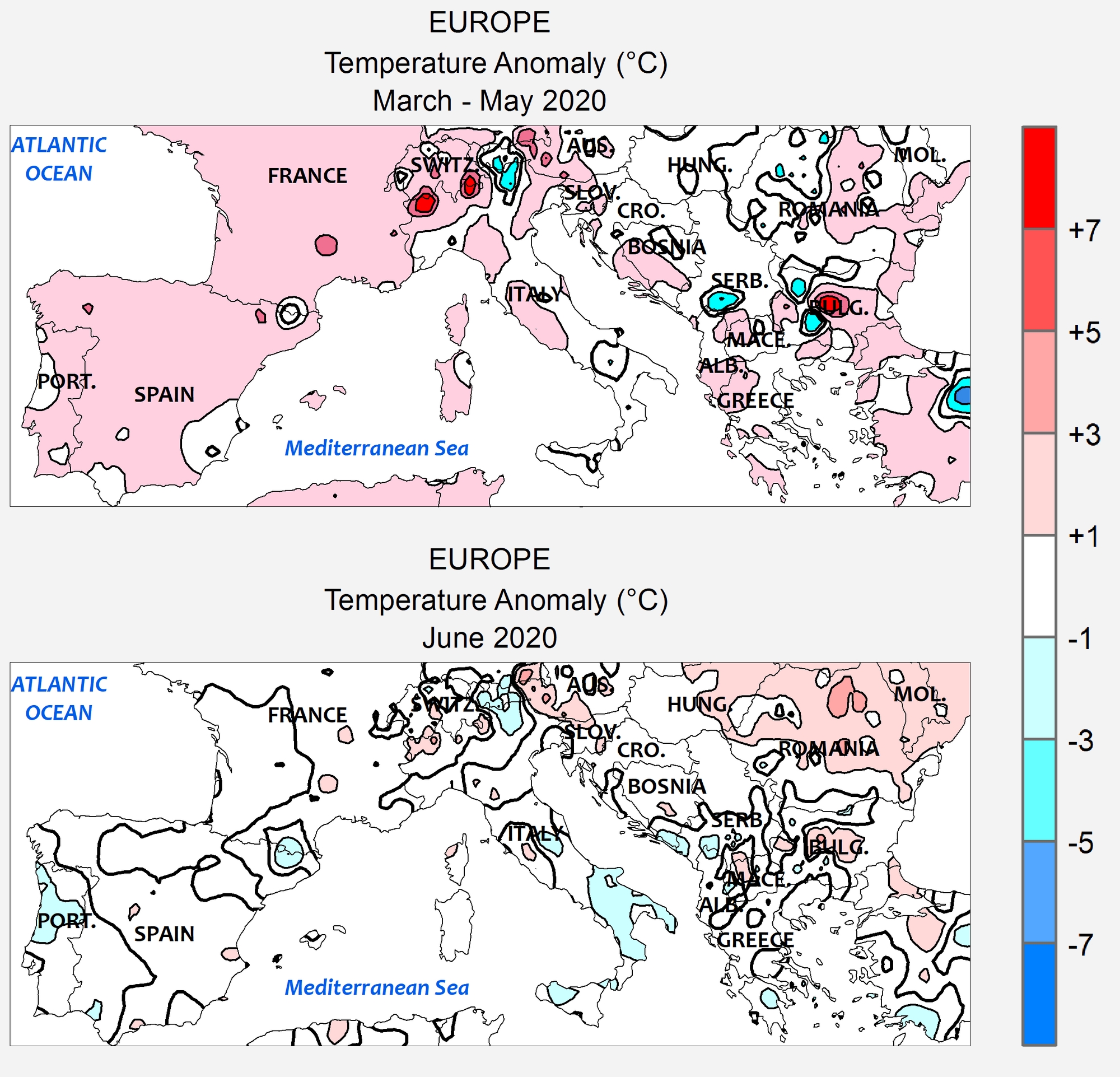 Rainfall was notably lower than normal throughout the spring in Xinjiang, with only a slight improvement in June. Over the same period, temperatures were – from the south to the north of the province – slightly warmer to noticeably warmer than usual, before returning to normal in June (or just below seasonal norms locally).

California
Early spring temperatures were within typical values across all of California's growing regions – or slightly higher than usual in very localized places. In June, temperatures exceeded usual values over a far wider area.
The pattern of rainfall in early spring clearly divided California into two parts at the level of Fresno County, with the south being exposed to rains that were much more abundant than usual, while the rest of the state recorded a rainfall deficit that was increasingly marked in a northerly direction. Since June, rainfall has been considerably reduced and far below normal for the season. 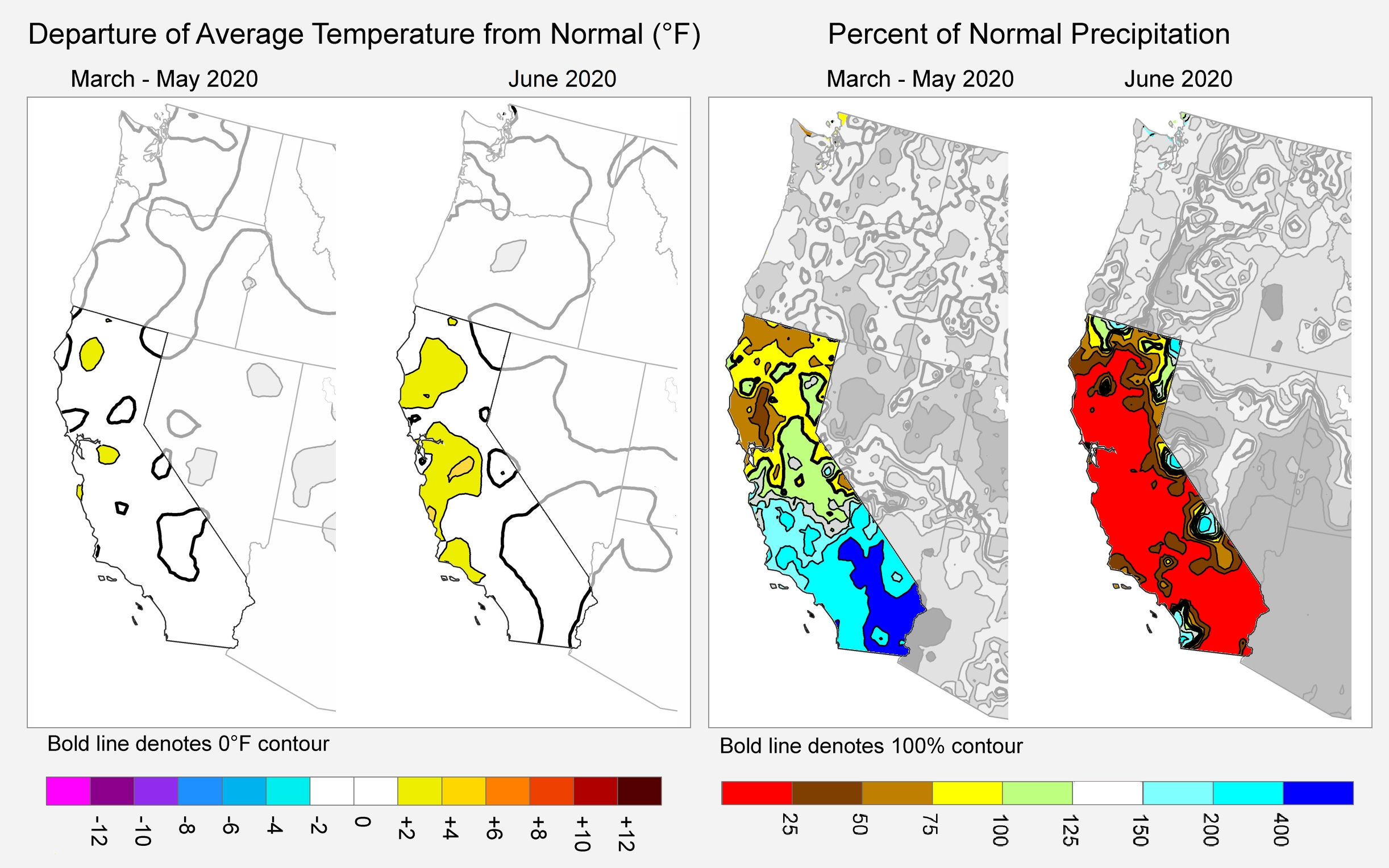 Weather situation as of end of April