Spain: water supplies are up to 58% of their capacity

According to the Spanish press, water reserves have been recorded at about 58% of the country’s total capacity halfway through the month of February. Reservoirs were holding 32,443 million m3 as of 10 February, after an increase of 1,502 million m3 (2.7% of the reservoirs’ current total capacity) thanks to rainfall that occurred the previous week.
Indeed, recent rains have been abundant on the Atlantic side of the country, and considerably affected the Mediterranean regions as well. The situation in the country’s main processing tomato growing regions, in millions of m3, is laid out in the following table.

The month of January 2021 was one of the wettest and coldest of the 21st century in Spain, to the point that total Spanish water reserves progressively grew from just half to 58% of total capacity between 20 January and 10 February.

As local professional sources have explained it, “in Extremadura, water situation and availability has changed during this month, as we have had generous rains. So in Extremadura there will not be any water restrictions and availability will be like a normal crop.”
“In Andalusia, the situation is different, as reservoirs were very low at the end of last year. Fortunately during January and mainly this month (February), there have been good rains and reservoirs have increased by around 7%. In any event, the crop will depend on the availability of water at the beginning of March and, taking into account current water reserves and the forecast for the next 15 days, there will most probably be a very significant reduction in planted surfaces.”

Some additional data
Situation of regional reservoirs as of 10 February 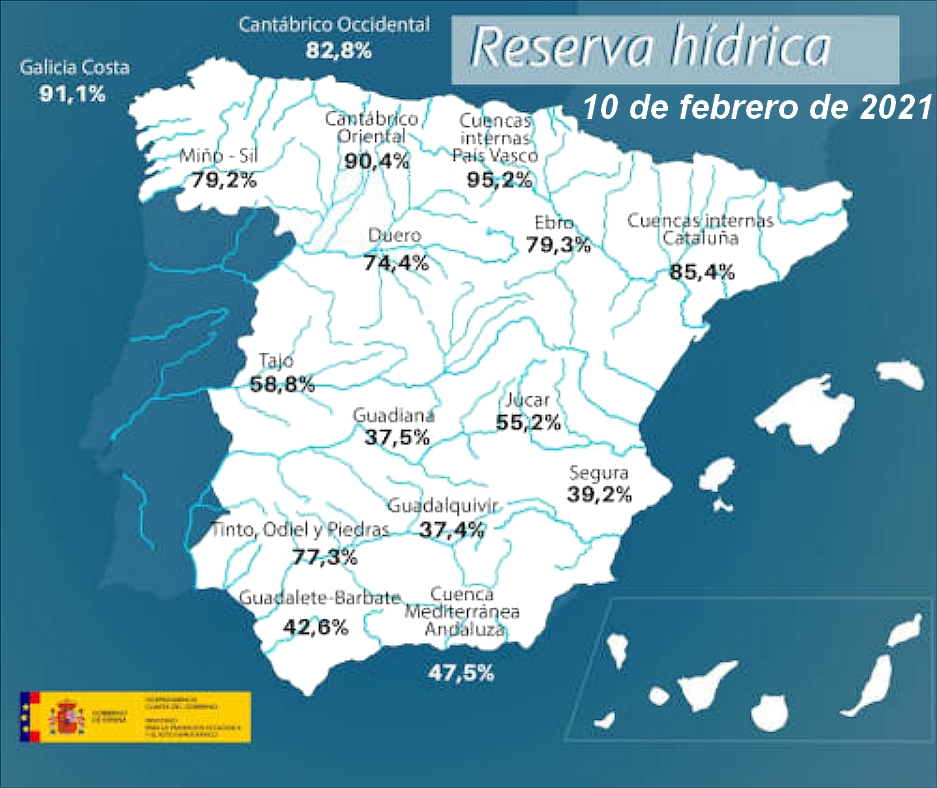