California: processing capacity is up

14/12/2018 - François-Xavier Branthôme - Read in French
Is the California Bulk Paste Industry in over capacity?

After a notable increase during the 2015 season and a slight fallback in 2016, the total processing capacity of the Californian industry has once again progressed over the past two seasons. The two successive increases, of 3.3% and 2.4% (which is slightly above the average annual growth rate (2.1%) recorded overall during the past 16 years), took the state's processing potential to approximately 13.78 million metric tonnes (mT) (15.2 million short tonnes (sT)) (on the basis of an 85-day season). 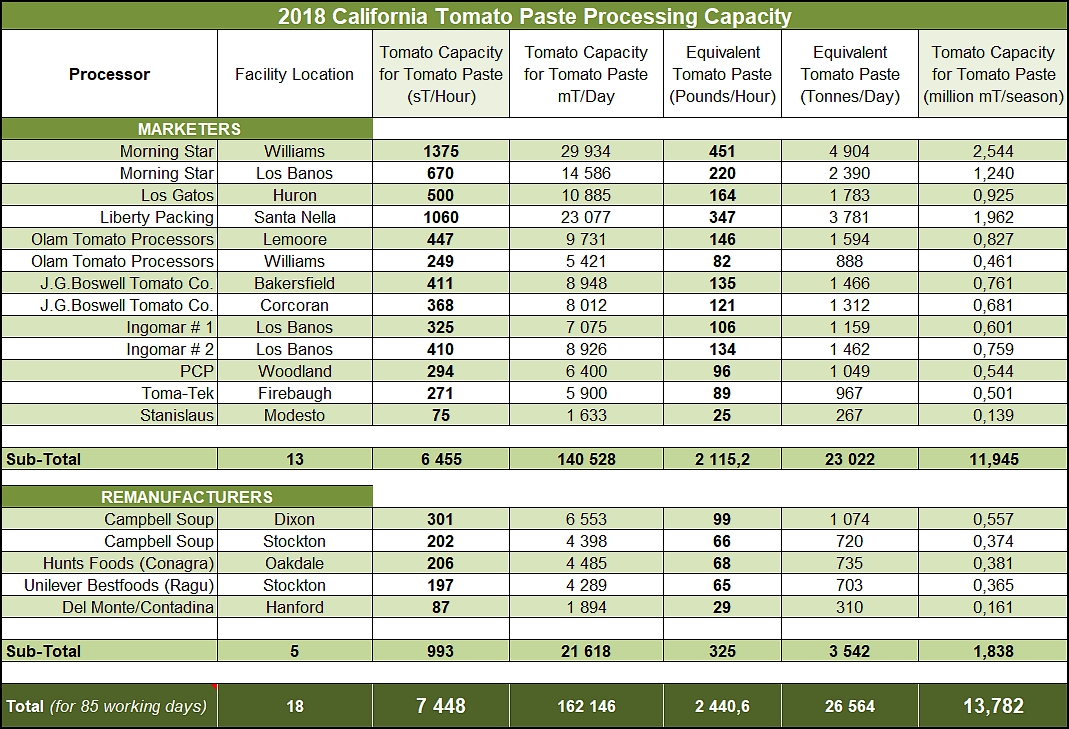 Over this period of time, there has been a big shift in the relative importance of operations carried out by companies that intend most of their production for reselling ("marketers", like Morning Star, Los Gatos, Olam, JG Boswell, Ingomar, etc.) and of companies that produce mainly for their own industrial use outside of the growing and harvesting season ("remanufacturers", like Campbell, Hunts, Unilever, Del Monte). Although the past two years have not seen any major changes, the share of production absorbed by pastes for reselling has progressed sharply since the beginning of the 2000s, growing from 73% to 87% of overall paste production, while the share of production intended for internal industrial use has dropped by half, decreasing from about 27% of paste operations in 2002 to only 13% in 2018 (see also the infographics at the end of this article). 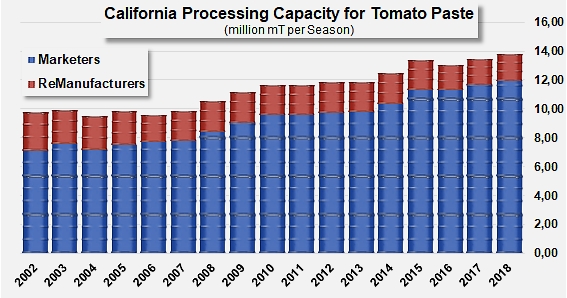 Marketers: plants making paste for the main purpose of selling it to another party
Remanufacturers: make paste for use internally
In light of information published by Morning Star (among others) in its annual brochure, the Californian paste production industry is clearly in a situation of overcapacity. Comparisons of the industrial capacities and processed volumes (into paste) between the beginning of the 2000s and the past three seasons (2016, 2017 and 2018) show that the Californian processing potential has grown much faster (slightly less than approximately 2% on average per year) than the quantities actually used by paste production installations (annual average of slightly less than 1.5%).
The parallel consequence of this development has been a decrease, which has been almost regular, of the level of utilization of this total capacity: over the three-year period running 2000-2002, the Californian tomato paste industry made use of about 67% of its total potential; over the past three seasons, the level of utilization of Californian industrial capacity can be estimated at less than 62%.

This dynamic, along with other problematic issues linked to the progressive drop in demand for basic industrial tomato products, has led to an increase in competition for foreign market outlets, and therefore an increase in the pressure on the Californian processing industry. To quote one of the industry's experts: “Given that total movement of bulk paste within NAFTA is fairly predictable, and only utilizes about 60% of California's capacity, the key uncertainty driving market position in the U.S. is export volumes outside of NAFTA." 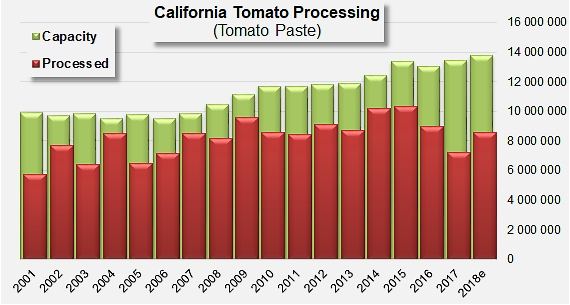 Marketers: plants making paste for the main purpose of selling it to another party
Remanufacturers: make paste for own internal use
For information, 2017 processing capacities 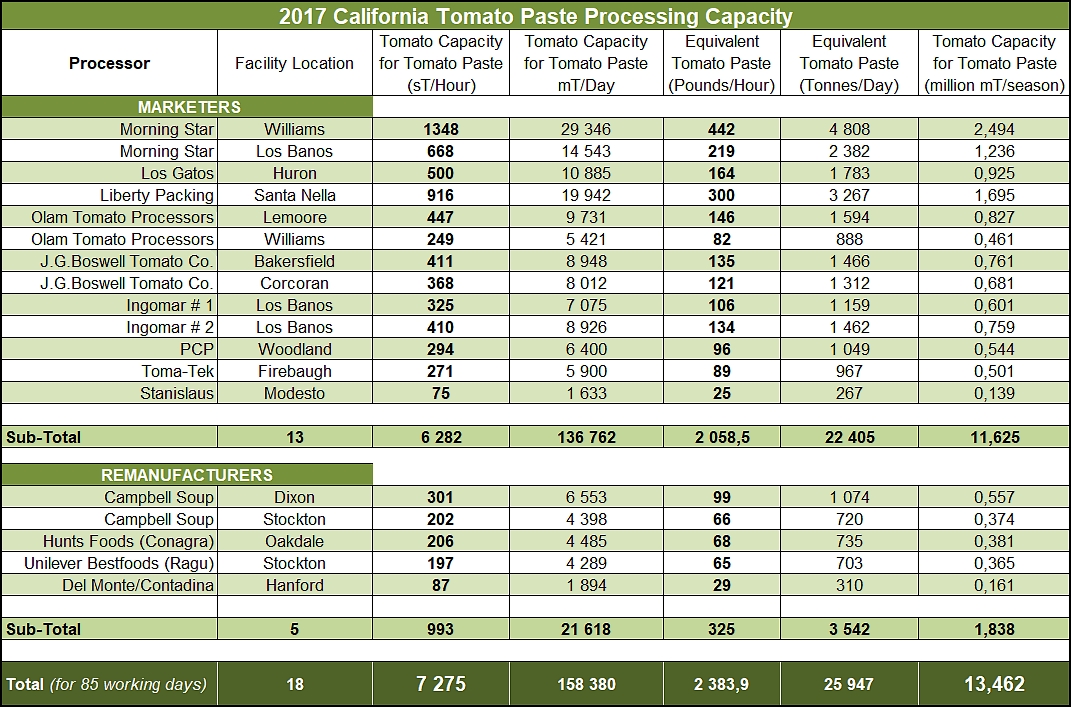 Summary of US exports of tomato paste, over the past 20 years