California: Crop situation as of 25 August and revised forecast 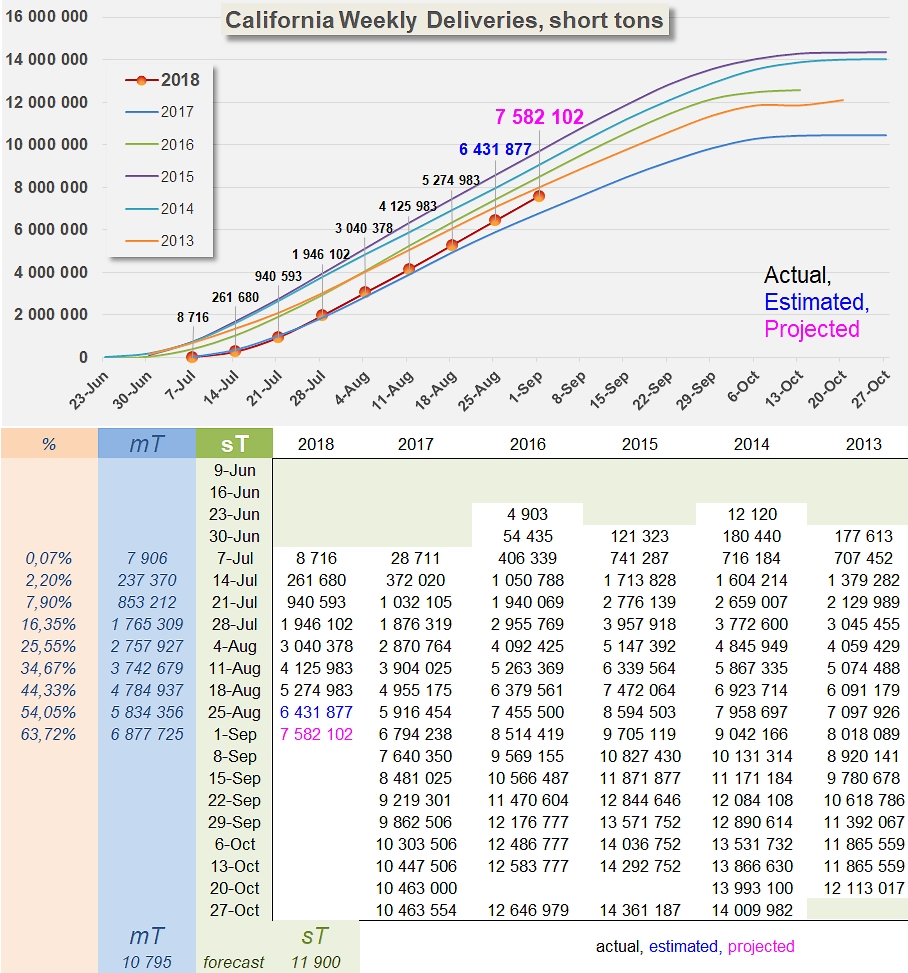 High summer temperatures resulted in the crop developing sooner than planned in some areas of the state. Harvest began in early July, with a slightly slower start than in 2017, but caught up by the third week. Yields were reported to be good and above contracted levels.
With a larger crop, sugars are expected to be lower compared to last season. Water availability has not been an issue and there were minimal concerns about disease and pest pressure reported.