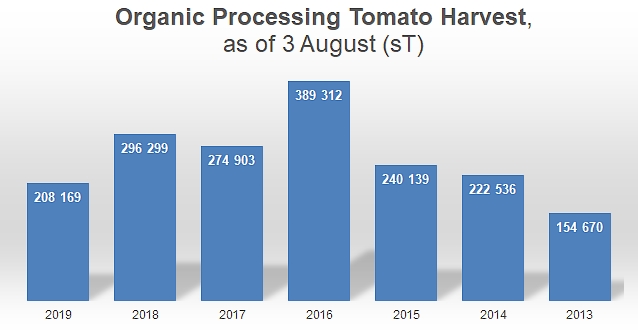 According to the figures available, the current harvest path is 1.582 million sT (1.435 million mT) behind the average of the quantities harvested at the same date (end of week 33) in the past three years. Quantities being harvested represent about 32.7% of the official target of the season (12.1 million sT, or 10.976 million mT). However, the latest estimate of WPTC for the California crop is 11.5 million sT (10.432 million mT); USDA will release a revised estimate at the end of August which will give a better idea on the 2019 crop. 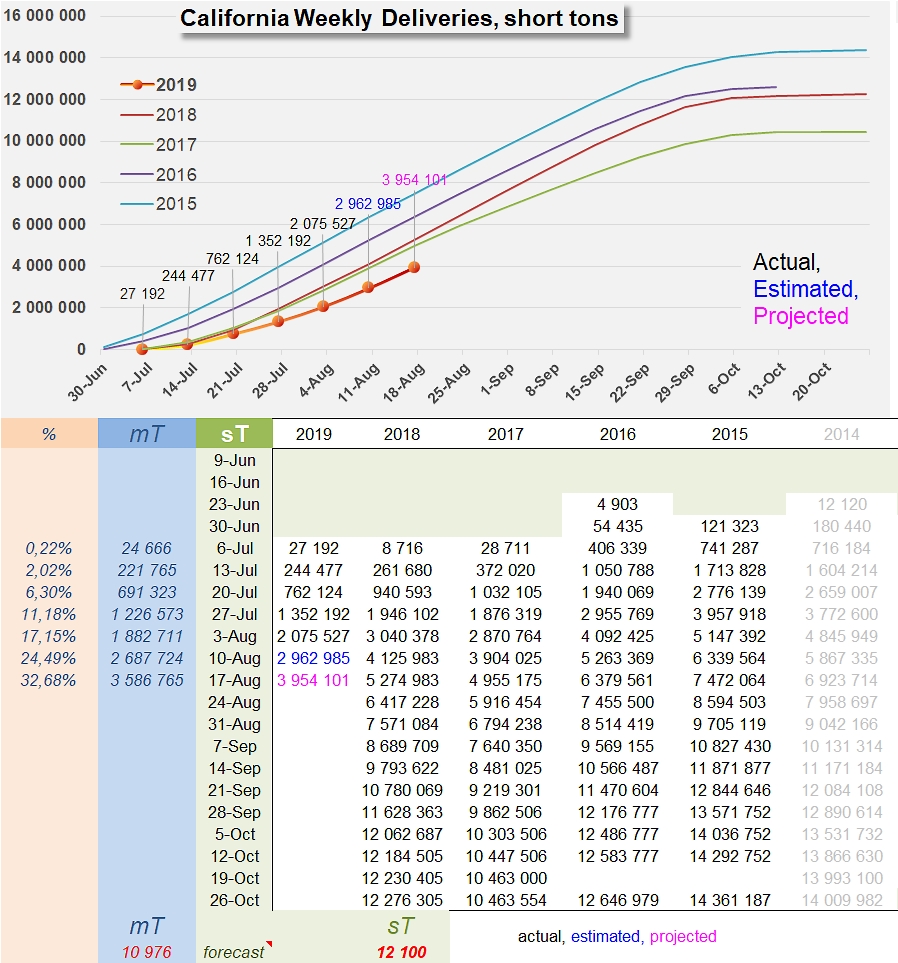 California 2019: Crop situation as of 6 July, projection to 13 July