CBAM: the EU ecologises its imports

On 14 July 2021, the Commission adopted a proposal for a new Carbon Border Adjustment Mechanism which will put a carbon price on imports of a targeted selection of products so that ambitious climate action in Europe does not lead to “carbon leakage”. This will ensure that European emission reductions contribute to a global emissions decline, instead of pushing carbon-intensive production outside Europe. It also aims to encourage industry outside the EU and our international partners to take steps in the same direction. 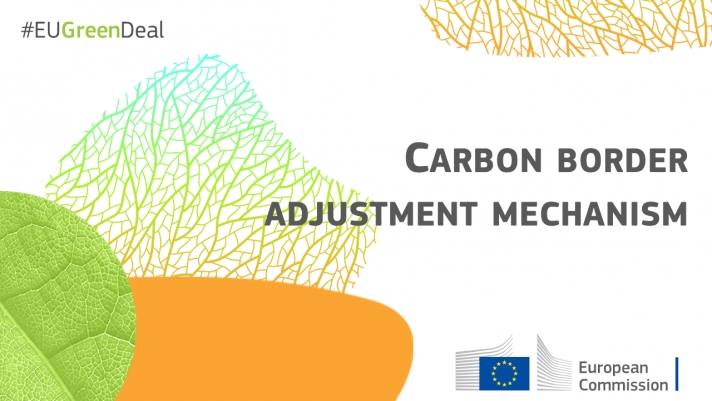 The European Commission has presented the world's first-ever import levy on certain goods produced in third countries with lower environmental standards - part of the effort to reduce emissions under its massive “Fit-for-55” package.

It will initially apply to five sectors considered at high-risk of carbon leakage: iron and steel, cement, fertilizer, aluminium, and electricity generation. But the commission will review the CBAM proposal in 2026 and assess whether to extend it to other sectors.
"By addressing carbon leakage in this way companies elsewhere will be incentivized to green their production processes. But the CBAM will also encourage foreign governments to introduce greener policies for industry," said EU commissioner for the economy, Paolo Gentiloni on 15 July. "Ambition and global cooperation should go hand-in-hand," he said, adding that the CBAM will enable such cooperation since it will enter into force gradually.

From 2023 to 2025, importers will only have to report emissions embedded in their goods without paying a financial adjustment - which will then apply from 2026. This "transitional period" will help businesses adapt to the system and provide certainty, according to Gentiloni. Brussels expects that CBAM revenues will account for nearly Euro 10 billion per year - part of that will contribute to the EU's budget, and the rest will help national governments finance climate policies. 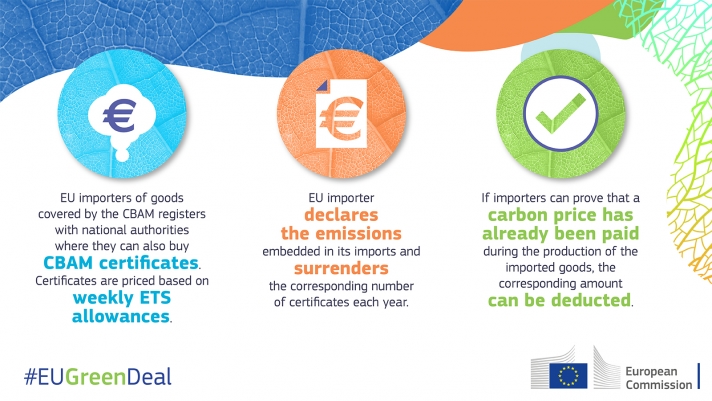 How will it work?
Under the CBAM, importers will buy certificates whose price would correspond to the carbon price they would have paid, if the goods had been produced in the EU.
The EU's carbon pricing rules are governed by the bloc's Emission Trading System (ETS). Under this cap-and-trade scheme, a price is put on carbon emissions, and emission allowances are then auctioned. Earlier this year, carbon prices in the EU hit a record high of above Euro 57 per tonne.

When non-EU producers can prove that they have already paid for the emissions related to the production of imported goods in a third country, that amount would be deducted from their bill. The CBAM would only apply to direct emissions emitted during the production process, but not to the so-called indirect emissions, such as those from the electricity used in manufacturing.
Iceland, Liechtenstein, Norway and Switzerland will be excluded from the mechanism since their emission trading system is linked to the EU's carbon market.

Replacing free allowances - eventually
"The CBAM has been designed to mirror the already exiting ETS system to ensure a fair and equal treatment from products made in the EU and imports for elsewhere," said Gentiloni.
The ETS is one of the main mechanisms of the bloc's climate policy to reduce greenhouse gas emissions. Polluters pay to offset the harm done, thereby establishing economic incentives to reduce emissions. 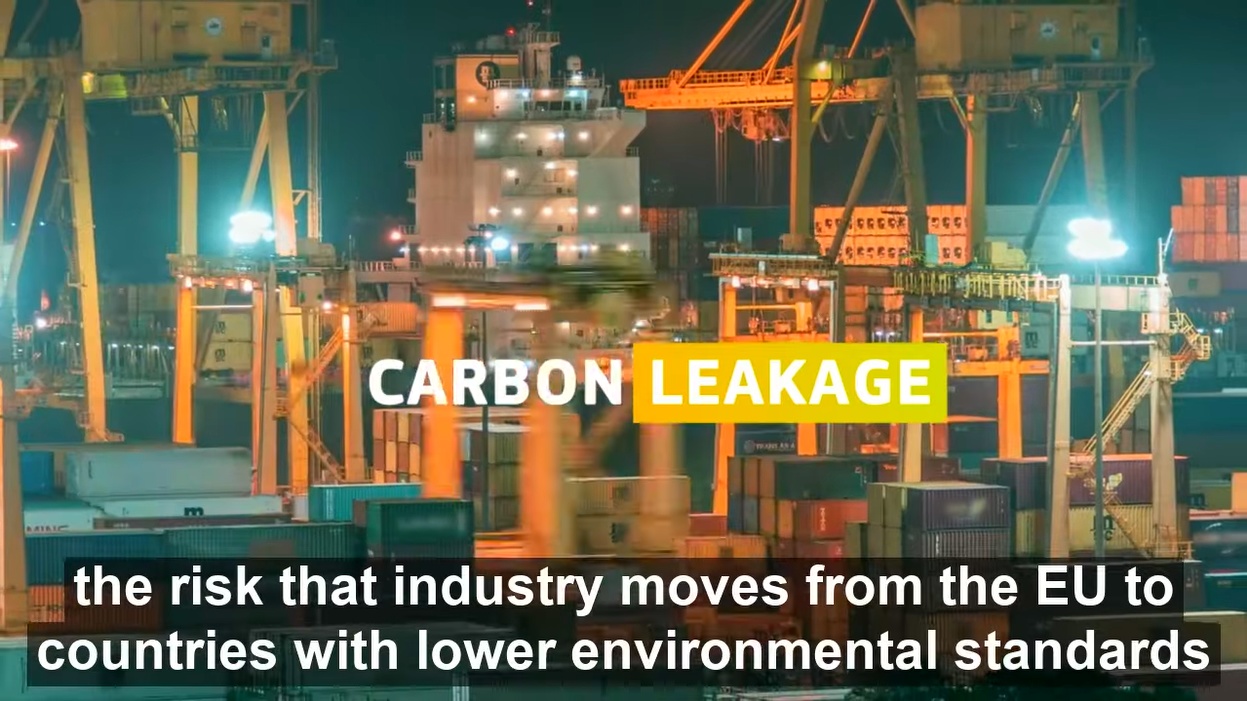 However, given that carbon costs can vary significantly between countries and the risk of carbon leakage already exists, heavy industries receive free allowances to remain competitive.
The CBAM aims to become an alternative to the free allowances system over time. Under the commission proposal, free allowances for sectors covered by the CBAM would be phased out from 2026 until 2035. To avoid being incompatible with rules of the World Trade Organization, the CBAM will apply only to the proportion of emissions that does not benefit from free allowances under the ETS.

Environmental and consumer groups have repeatedly pointed out that any subsidies to fossil-fuel intensive industries under the ETS must be phased out as they could easily undermine public support for climate policies. However, according to Eline Blot, a trade analyst at the think tank Institute for European Environmental Policy, the commission proposal "seems to stretch out, rather than accelerate, the phase-out of free allowances to EU industry". 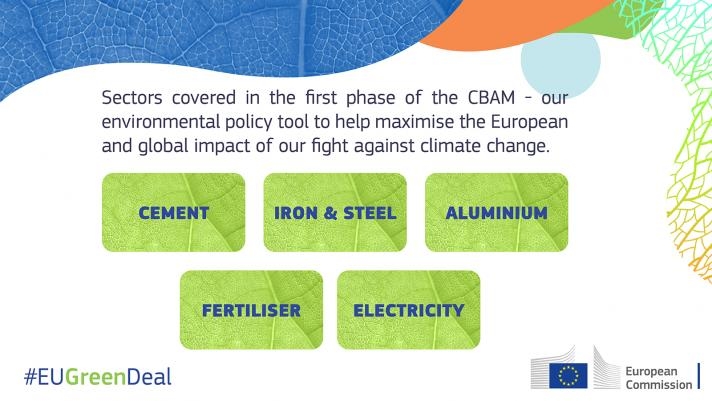 Some complementary data:
- Further details are available in the official presentation by the European Commission at https://ec.europa.eu/taxation_customs/green-taxation-0/carbon-border-adjustment-mechanism_en
- in the proposal for a Regulation of the European Parliament and of the Council establishing a carbon border adjustment mechanism: https://ec.europa.eu/info/sites/default/files/carbon_border_adjustment_mechanism_0.pdf
- and in the factsheet: file:///C:/Users/darty/Downloads/CBAM_factsheet.pdf.pdf
Sources: ec.europa.eu, euobserver.com
Related articles