New experimentation has begun in the biological war on the propagation of red spider mites, an infestation that is threatening the production of processing tomatoes. Following the discovery of the first colonies of mites during the 2019 tomato season, the Pomodoro IO of northern Italy joined forces with institutional partners from the plant-health services of the Emilia Romagna region and the Plant-health Consortium of Piacenza, and has now finished disseminating the first batches of phytoseiids (mites that predate red spiders) in a number of fields in the province of Piacenza, one of the most vulnerable regions. 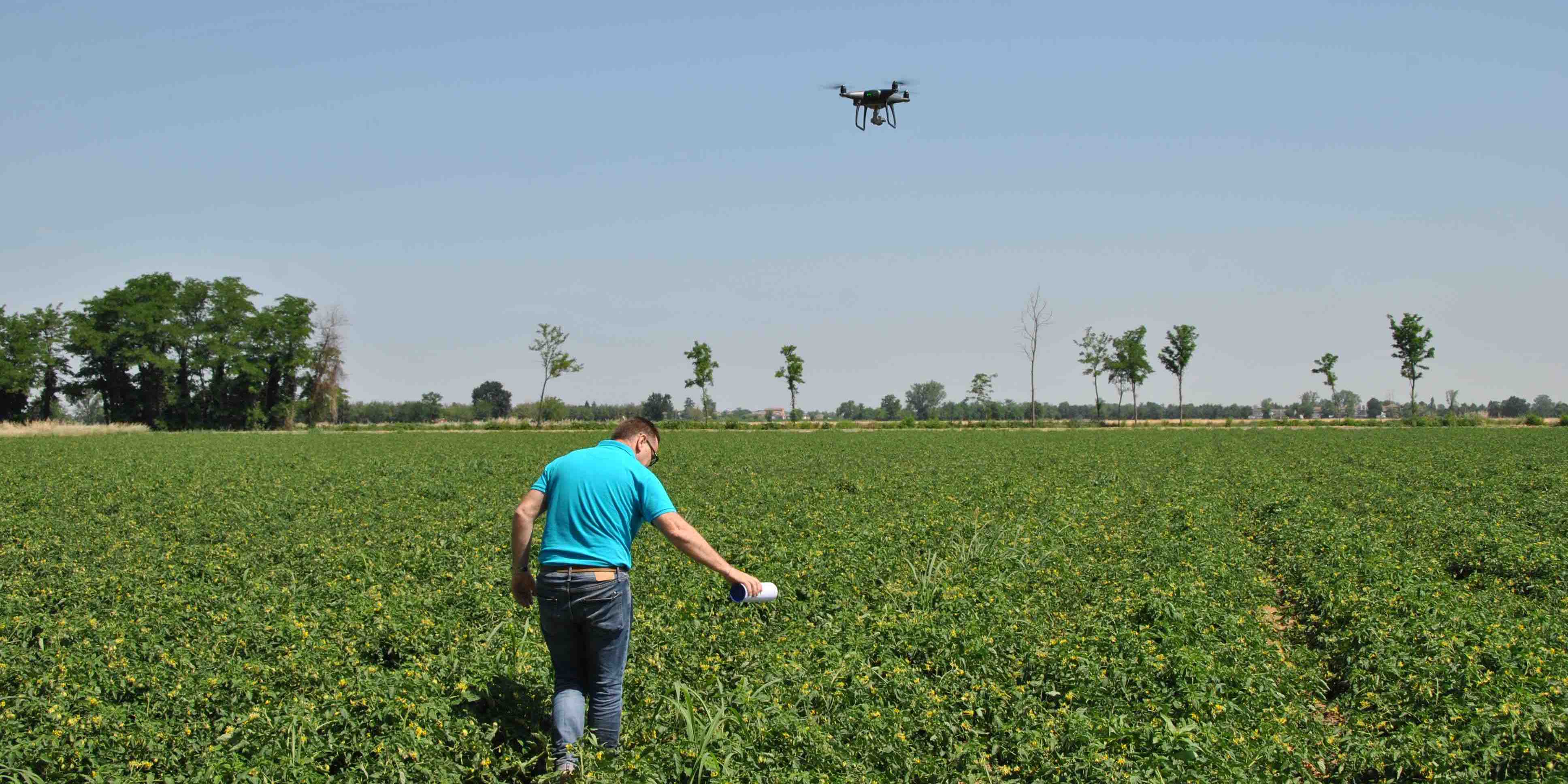 Spreading phytoseiids in the fields
"This is an experimental project in biological pest control, explained IO President Tiberio Rabboni, for which our organization has been hoping and has co-financed with other partners with the objective of launching an alternative approach to the chemical pest control of red spider mites, which has until now not given satisfactory results in terms of controlling this infestation. The idea is to check the economic viability and the efficiency of natural predators, like phytoseiids, in the war on red spider mites. The main challenge consists in understanding whether this methodology, which is currently successfully implemented on greenhouse crops, can produce similar results in open fields."
Along with the field trials being run on experimental plots, ongoing integrated pest control tests are being carried out on red spider mites by the Plant-health Consortium of Piacenza, with a view to comparing the efficiency of this method with pharmaceutically produced plant-health inputs, with the specialized support of Dr Emanuele Mazzoni from the Sacred Heart Catholic University of Piacenza.

This form of biological pest-control experimentation, which was launched in June in the Piacenza region, is merely the latest stage of the much wider program for controlling red spiders. In 2018, the IO rapidly activated a work group that included representatives of the Emilia Romagna region, the Sacred Heart Catholic University of Piacenza and the Plant-health Consortium of Piacenza, in order to set up a joint territory-wide approach.
The group carried out an initial survey in order to understand the dynamics that govern the spider's propagation despite the application of active miticide inputs. After identifying a potential strategy for fighting against the threat, an approach that could be shared between the agro-industrial and institutional sectors, the group organized public information meetings to raise awareness prior to planting operations in the fields, in order to assist growers with useful indications as to how to implement measures against the spider. 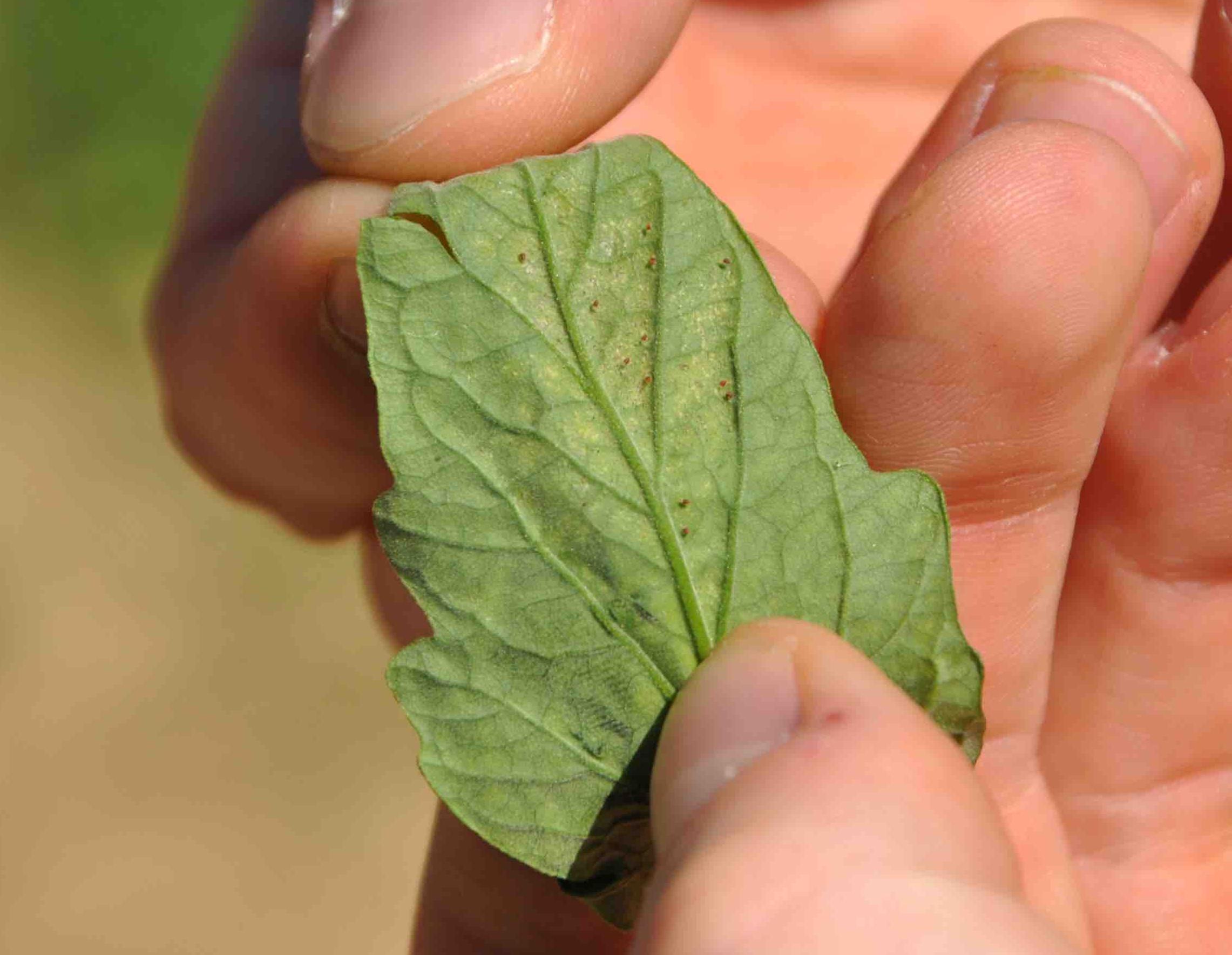 Red spider mite on the leaf of a tomato plant
A vademedum guide was also distributed by the IO to prevent growers from underestimating the problem, in the hope of limiting the damage caused by the spiders and of guaranteeing satisfactory commercial results, both for growers and for processing companies.

Last April, in the context of rural development plans for the Emilia Romagna region, the IO took part in the presentation of a project led by the Consorzio Agrario Terrepadane aimed at going further with the study of the spider's propagation dynamics and identifying the most efficient methods for controlling the pest.

Italy: a common strategy in the fight against red spider-mites

Italy: Red spider: a threat to crops, drones to the rescue