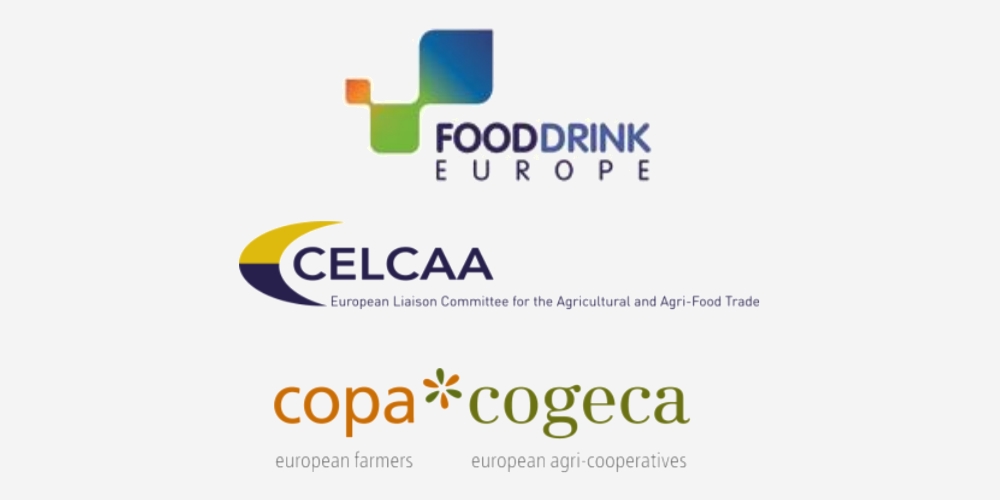 Ahead of the conclusion of the fourth round of negotiations on the EU-UK future relationship, Copa and Cogeca, Celcaa and FoodDrinkEurope express their concerns on the lack of progress during the first three rounds, and the growing risk that no agreement will be reached before the end of the current transition period on December 31, 2020.
EU agri-food trade with the UK amounted to Euro 58 billion (about USD 51.7 billion) in 2019, and the failure to conclude a zero tariff, zero quota free trade agreement (FTA) would have serious consequences for the agri-food sector both in the EU and the UK. The introduction of tariffs, combined with the potential for regulatory divergence, would severely disrupt integrated supply chains; priorities for a bilateral trade agreement focus on limiting that disruption.
Specifically, it is essential that the future EU-UK relationship ensures:

No tariffs, no fees or charges, and no quotas.

Maintaining a level playing field between the EU and the UK, as proposed in the EU draft agreement, which is crucial for guaranteeing fair competition between EU operators and their UK counterparts.

A high degree of cooperation on sanitary and phytosanitary (SPS) measures and technical standards, plus minimal divergence in the application of such standards. In addition, it is of the utmost importance to keep a close relationship between the European Food Standards Authority (EFSA) and the UK's Food Standards Agency (FSA).

Customs cooperation to mitigate the burden of customs controls and procedures on business.

Effective rules of origin to make sure that preferential access benefits only EU and UK operators.
That the protocol on Ireland and Northern Ireland is fully implemented in order to protect the integrity of the EU Single Market.

Mutual protection of existing and future EU and UK Geographical Indications
Copa and Cogeca, Celcaa and FoodDrinkEurope are particularly concerned about the limited amount of time available in which to conclude and ratify a trade deal. They regret that the UK government is currently opposed to any extension of the post-Brexit transition period beyond 2020. The transition should be of sufficient length for businesses to plan and prepare for any FTA arrangements, and to avoid a cliff-edge situation.
Copa and Cogeca, Celcaa and FoodDrinkEurope urge the consideration of alternative, temporary arrangements that could be implemented from the start of 2021 should it not prove possible to conclude an FTA this year. Such temporary arrangements, which would need to preserve tariff and quota free trade, would afford additional time for negotiators while minimising disruption for operators already coping with significant impacts of Covid-19. The combination of no agreement and no extension of transitional arrangements would have significant negative consequences for the EU agri-food sector. These can be expected to include a major decrease in export volumes from the EU to the UK, a significant fall in revenue, and consequential job losses. The impact on small to medium enterprises, farmers and agri-cooperatives would be particularly detrimental. In view of the stocktaking exercise foreseen for later in June, Copa and Cogeca, Celcaa and FoodDrinkEurope hope their concerns will be considered and that the negotiation process will move forward in a swift and constructive manner. Looking at the ambition and significant level of consensus yet to be found, we strongly encourage both parties to agree on sufficient time to achieve a high quality outcome that will preserve a level playing field and an optimal result for both parties
Some complementary data:
* FoodDrinkEurope represents the food manufacturing industry. Made up of 294,000 businesses and 4.7 million workers, the food and drink industry buys 70% of all EU agricultural produce and is Europe’s largest manufacturing industry.
* Copa and Cogeca are the united voice of farmers and agri-cooperatives in the EU. Together, they ensure that EU agriculture is sustainable, innovative and competitive, guaranteeing food security to half a billion people throughout Europe. Copa represents over 23 million farmers and their families whilst Cogeca represents the interests of 22,000 agricultural cooperatives. They have 66 member organisations from the EU member states. Together, they are one of the biggest and most active lobbying organisations in Brussels.
* CELCAA is the EU umbrella association representing the trade in agri-food and commodities to the EU Institutions and stakeholders, representing more than 35 000 trading companies. We cover the trade in cereals, grains, oil, sugar, animal feed, wine, meat and meat products, dairy and dairy products, fresh fruits and vegetables, eggs, tobacco, spices and nuts, cut flowers and plants and general produces.
Sources: FoodDrinkEurope, COPA-COGECA, CELCAA
You can access the full document by following this link:
FDE_20_06_04_Joint_Statement_EU_UK_trade_negotations_June_2020

Italy, European Union: would a hard brexit be a threat to exports?