EU Member States recently endorsed the trade agreement between the EU and Singapore. This means the agreement will enter into force as soon as 21 November.
European Commission President Jean-Claude  Juncker  said: "This is the European Union's first bilateral trade agreement with a Southeast Asian country, a building block towards a closer relationship between Europe and one of the most dynamic regions in the world. It crowns the efforts of this Commission to build a network of partners committed to open, fair and rules-based trade. Trade has created 5 million new jobs in the EU since I took office in 2014, and now contributes to the employment of 36 million people. This, together with the fact that it accounts for 35% of the EU GDP, shows how critical trade is for Europe's prosperity."
Commissioner for Trade Cecilia Malmström said: “Our trade agreement with Singapore provides further evidence of our commitment to fair and rules-based trade. The agreement will benefit workers, farmers and companies of all sizes, both here and in Singapore. It also includes strong clauses protecting human and labour rights and the environment. This agreement means that in the last five years we have put in place 16 EU trade deals. This brings the total to 42 trade agreements with 73 partners, accounting for a third of total EU trade. This is the largest such network in the world.” 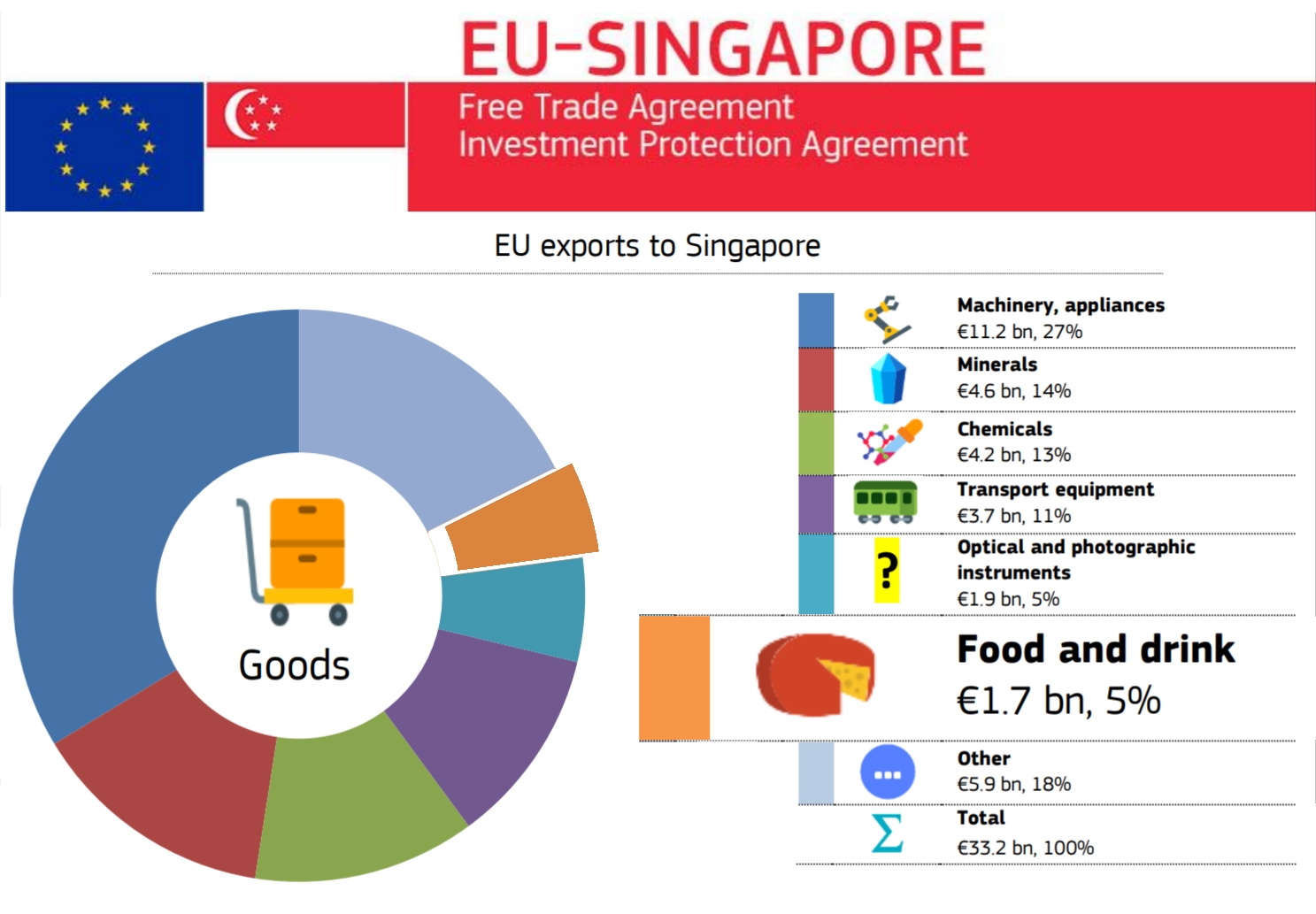 Singapore is by far the EU's largest trading partner in the Southeast Asian region, with total bilateral trade in goods of over Euros 53 billion and another Euro 51 billion of trade in services. Over 10,000 EU companies are established in Singapore and use it as a hub for the whole Pacific region. Singapore is also the number one location for European investment in Asia, with investment between the EU and Singapore growing rapidly in recent years: combined bilateral investment stocks reached Euro 344 billion in 2017.

Under the trade agreement, Singapore will remove all remaining tariffs on EU products. The agreement also provides new opportunities for EU services' providers, among others in sectors such as telecommunications, environmental services, engineering, computing and maritime transport. It will also make the business environment more predictable. The agreement will also enable legal protection for 190 iconic European food and drink products, known as Geographical Indications. Singapore is already the third-largest destination for such European speciality products. 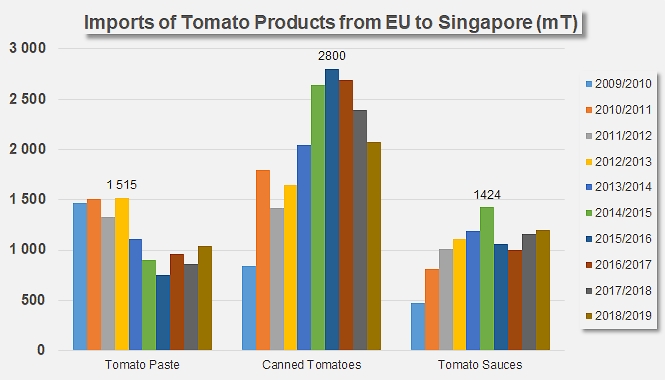 The import flows of tomato products to Singapore are modest and have not exceeded a few thousand metric tonnes over the last ten years (1,500 mT for tomato pastes, 2,800 mT for canned tomatoes and 1,400 mT for the sauces and ketchup). In all three cases, Italy was the main player in these trade flows, with Spain being the only other country with an activity in the tomato sauces sector.
Over the past three years, the value of Singapore's imports of European tomato products has amounted to just over US $ 5 million.
Singapore also agreed to remove obstacles to trade besides tariffs in key sectors, for instance by recognising the EU's safety tests for cars and many electronic appliances or by accepting labels that EU companies use for textiles.
The EU and Singapore have also concluded an investment protection agreement, which can enter into force after it has been ratified by all EU Member States according to their own national procedures.

For more information:
Key elements of the agreement
Thematic factsheets