April 9, 2020
Processed Food is making a comeback
Processed food is trumping fresh healthy food during the coronavirus pandemic.
GlobalData found 83% of global consumers are concerned about COVID-19, with 62% expecting the situation to worse. The analysts noted people were living in an "anxiety economy," meaning that as stress and uncertainty are significantly influencing consumers purchasing choices, sales of alcohol, snack foods, and tobacco all increased.

Many large food businesses, such as Campbell Soup Co., which experienced steady declines in soup sales over the past two years, are now increasing production as demand ramps up, reported The New York Times (April 7). In the last month, sales of Campbell's soup soared 59% from a year earlier, Prego pasta sauce increased 52%, and sales of Pepperidge Farm Goldfish crackers climbed nearly 23%.
Kraft Heinz, whose products were less popular pre-virus with consumers, recently stated that some of its factories were working three shifts to meet high demand for products like its macaroni and cheese.
Additionally, Conagra Brands, which reported a decline of over 5% in net sales for the quarter ending Feb. 23, said its shipments to retailers and in-store sales in March grew 50% as demand increased for products such as Slim Jim jerky snacks, Birds Eye frozen vegetables, and Chef Boyardee pastas.
General Mills, the parent brands including Cheerios, Bisquick, and Betty Crocker, has experienced an increase in demand for food products across all of its categories, with the most significant uptick in cereal, soup, flour, baking mixes, and mac and cheese, reported Fox Business (April 8). 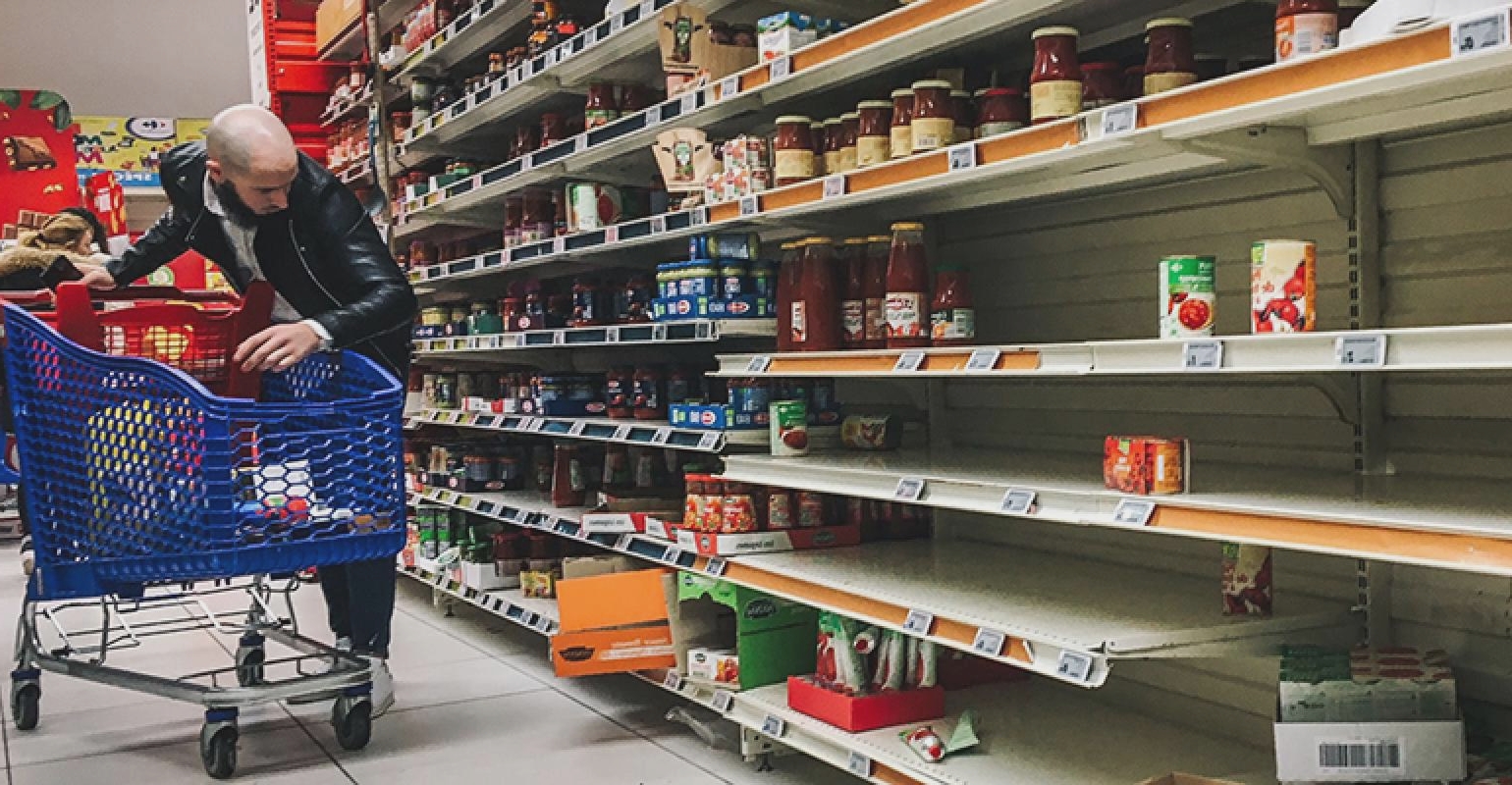 “We’re seeing consumers crave comfort and convenience as they are making more meals at home, which increases the demand for items like Progresso Soup, Hamburger Helper, and Annie’s Mac & Cheese,” said Kelsey Roemhildt, a spokeswoman for General Mills.

Whether the sales will disappear once the shutdown ends will depend somewhat on how quickly the economy rebounds, according to Robert Moscow, an analyst at Credit Suisse. “We counted three economic recessions in the past 30 years, and in each of them the data show that consumers shifted more toward at-home food consumption to save money, away from the structural trend of eating away from the home,” Moskow. “I would expect food-at-home consumption to increase, and not just for the next two months but for the next 12 months.”

Analysts say this shift provides an opportunity for companies to convert first-time shoppers into longtime buyers with packaged, refrigerated, or frozen foods they say are healthier and tastier than they were a few years ago.

Although some might expect premium, better for-you products to be hit hard as consumers trade down during this time, investors in the food space still believe these products will endure the pandemic as consumers have shown a willingness to pay up to eat healthier, according to Mike Schall, managing director on the food & beverage team at FocalPoint Partners, LLC, a Los Angeles-based middle market investment bank. "If a product’s value proposition is 'better-for you' instead of simply being premium or gourmet, it may be able to differentiate to build and retain a dedicated customer base," wrote Schall in a recent Food Institute Report article. "As stay-at-home government directives require consumers to shift dollars to food at home instead of food away from home, demand for these better-for-you products may surge."

April 17, 2020
Suppliers ration stocks of tinned tomatoes after surge in demand
“Demand for tomatoes had outstripped that for beans, soup and tinned fish or vegetables” 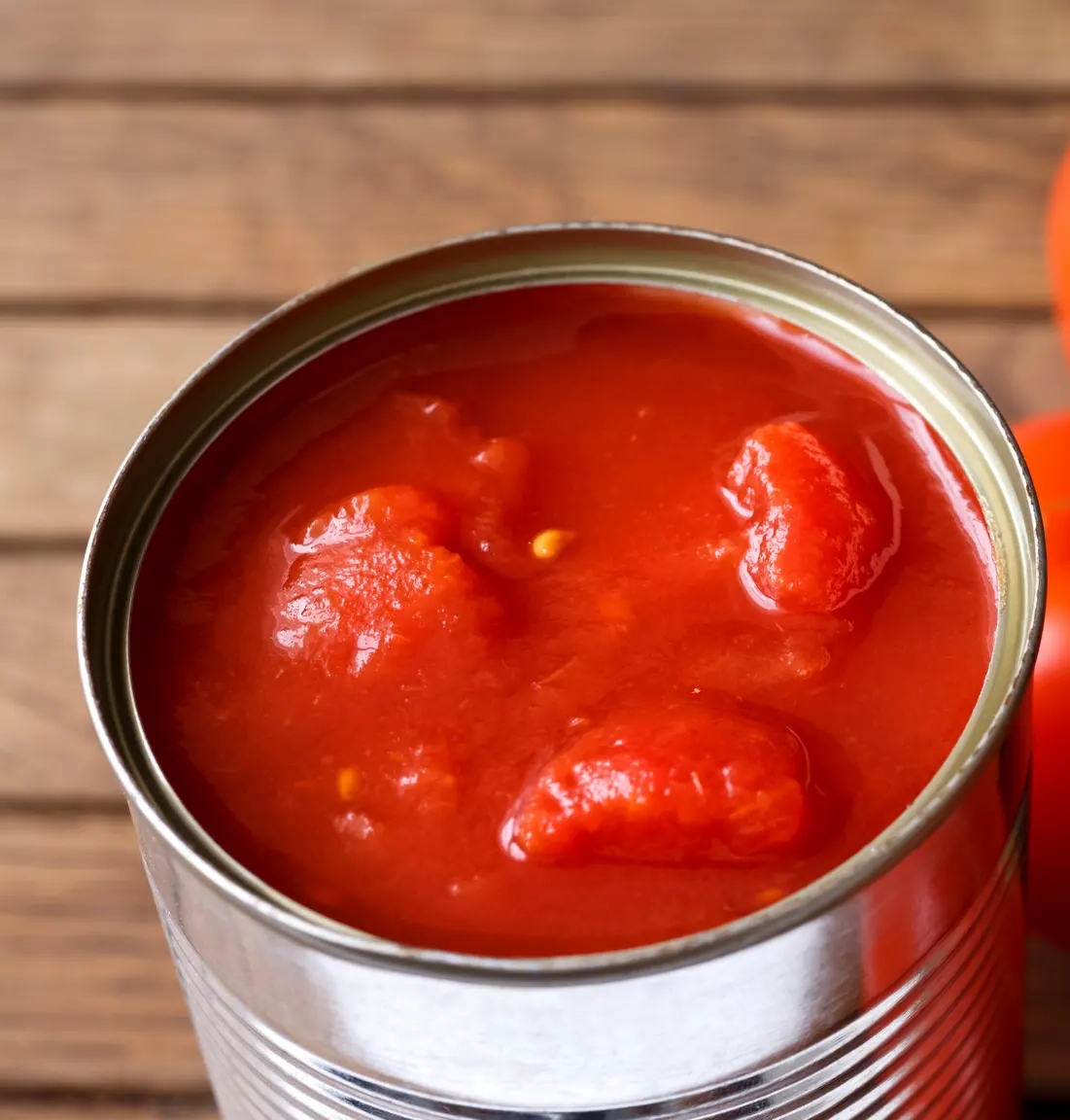 Tinned tomato suppliers are rationing stocks to supermarkets after demand in the UK surged more than 30% and threatened to use up supplies ahead of this year’s harvest. Supermarkets and convenience store groups are understood to be jockeying for supplies as families continue to buy more tinned foods than usual after the closure of schools and restaurants forced them to cook more meals at home.

While all tinned food sales have surged, suppliers and retailers said demand for tomatoes had outstripped that for beans, soup and tinned fish or vegetables, leaving suppliers concerned about stocks running low. David McDiarmid, a director of Princes Group, which owns the Napolina brand, confirmed it was allocating stock to its clients to ensure it could “fairly and equitably share” what is available and prevent stocks running out before the new season begins in June.

In the first few weeks of the crisis, significant panic buying (c.30% uplift in the UK) cleared the supply chain of certain items. This has now stabilised across the Tesco Group and more normal sales volumes are being experienced.  But during its peak week of stockpiling, Tesco sold:
- 3.1 million containers of liquid soap, an increase of 363%
- 6 million tins of beans, more than double the usual amount
- 3.3 million tins of tomatoes, up 115% compared to a typical week
- 3.6 million packets of toilet roll, an increase of 76%
- In contrast, sales of clothing and fuel both fell by 70%. 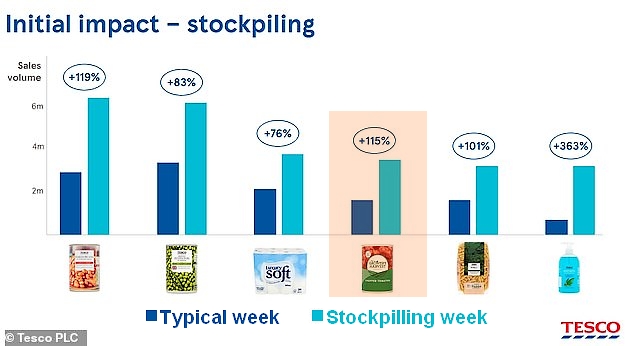 Italian tomatoes make up about three-quarters of UK stocks, according to the Grocer trade journal (see also our graphs below), and are canned between June and September. Diego Pariotti, the head of export at Conserve Italia, which owns the Cirio tinned tomato brand, said it could meet usual order levels but not “crazy demand”. He added they had told customers: “If you don’t start calming the fever we won’t get to the next crop.” Pariotti said UK shoppers had bought 30% more tinned tomatoes than usual – compared with an average 15% more in other countries. “UK consumers have to understand that if they don’t go mad with stocking up for their households then products will always be on the shelves,” he said.
April 17, 2020
“Food companies may be underestimating sales benefits from the crisis”
In this unprecedented context, Credit Suisse analysts said in a research note that larger food companies are likely underestimating the long-term impact the coronavirus will have on at-home food consumption. Analysts at the firm increased sales estimates above consensus for 10 of the 11 packaged food companies in their coverage.
The analysts said once shelter-in-place orders are lifted, consumers will continue to spend more time at home and less time traveling or attending public gatherings, helping many brands in the food space. In addition, consumers will save money during an expected recession by cooking more for themselves. They also said big food companies are likely to see less competition from smaller start-ups and improved product quality will increase the chance of repeat purchases. Credit Suisse said companies like General Mills and private-label maker TreeHouse Foods are among the best positioned for the near term. Analysts were less optimistic on Kraft Heinz and B&G Foods.

The coronavirus pandemic has led to an uptick in purchases as consumers stockpile food and spend more time at home, or are simply reluctant to venture out as often to the grocery store. Nearly every food company has touted the benefits. Nestlé has seen a spike in demand for its coffee, frozen meals and home baking products. Unilever has been selling more of its teas, ice cream and condiments. And Campbell Soup and Kraft Heinz have worked hard to meet demand for once-out-of-favor products like soup and boxed macaroni and cheese. Shoppers have gravitated toward iconic brands they grew up with and which give them a feeling of nostalgia and comfort, an underlying benefit for many big consumer packaged goods (CPG) brands.
After an early surge in sales, manufacturers have watched demand moderate a bit, though signs point to purchases still generally being above where they were before the epidemic. Similar to the uncertainty that surrounds the coronavirus, there's no consensus among food companies or analysts as to how the pandemic will ultimately play out, or even which companies will benefit from changed food consumption habits.

The Credit Suisse analysts make a sound argument that food companies, for the most part, will continue to benefit for a host of reasons — including that consumers will spend more time at home. "This will create more at-home eating occasions for everything from Special K cereal to Folgers coffee," the analysts said. Still, they added, "Recent optimism about reaching the peak of COVID-19 and reopening the economy is actually working against these stocks because it suggests a quicker reversion back to away-from-home food consumption." 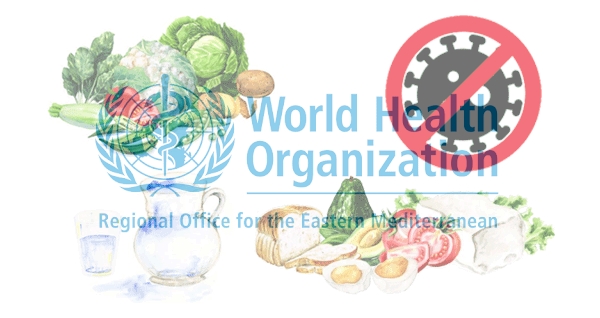 Therein lies the underlying concern. While consumers no doubt have gotten accustomed to making their own bread, cookies and meals, or turning to the convenience of a microwavable frozen dish or a can of condensed soup after several weeks at home - habits that will linger to some extent - consumers could be eager to get out. Some CPG brands could be negatively impacted as people can't wait to attend sporting events, fairs, movies, concerts, restaurants or other places they've been shut out from.

Furthermore, trends that were important to consumers before the outbreak - like clean label or plant based - are likely to regain prominence again. That could once again weigh on CPG players like Kraft Heinz, Campbell Soup or B&G Foods.

For many large CPG companies that have been struggling to rejuvenate sales and fend off trendier competitors, the recent surge in demand has been a welcome change from their recent struggles. It remains to be seen if the climb in sales is really here to stay, or a blip because of the times. 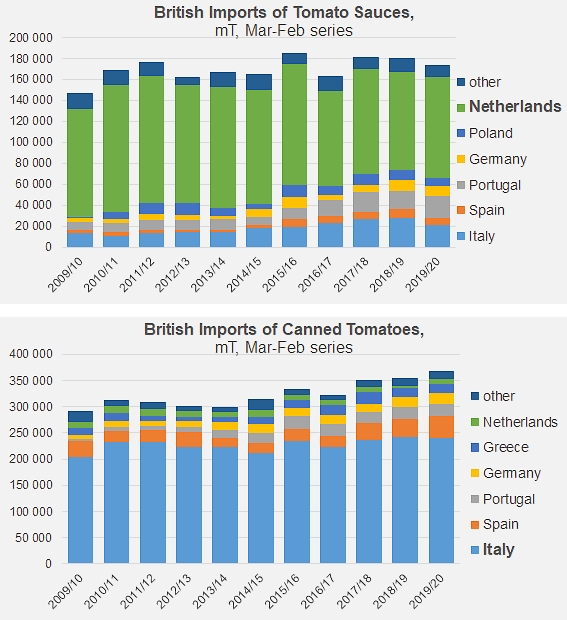 For further details about WHO advices:
WHO Nutrition Advice for Adults During the Covid-19 Outbreak
Related companies