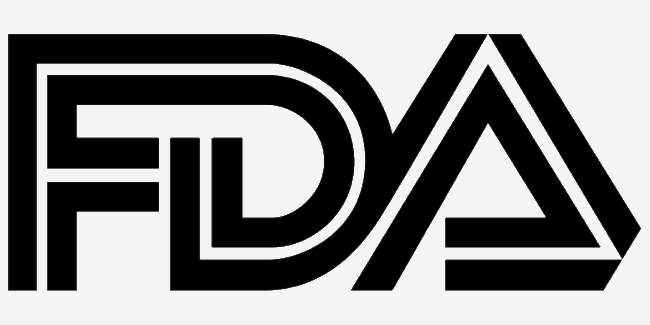 The FDA will conduct consumer studies to find a regulated, voluntary front-of-package (f-o-p) symbol that shows whether a product is “healthy.” In its Federal Register announcement about the studies, FDA said this symbol will help consumers easily determine if a product has the nutritional content represented by the term’s definition.
There will be two studies: an online survey of about 2,000 adult consumers focusing on clarity, relevance and appeal of several symbols, and an online study of about 5,000 adults testing their reactions and understanding of what a “healthy” symbol means on package mock-ups.
“Healthy” was first defined by the federal government as a regulated term in the 1990s, but there has been movement toward revamping that definition to comply with current nutritional standards and eating habits. Redefining the term has been pending at the FDA since 2016.

While this announcement does not herald the long-awaited new definition of “healthy,” it shows a bit of progress toward it. The FDA notes that when this study is completed and a f-o-p “healthy” symbol is approved, that symbol would represent whatever the agency has defined as nutritional requirements for that term. However, it doesn’t make much sense to put the time and effort into coming up with a new voluntary labeling scheme for an outdated definition — under which a low-fat chocolate pudding cup and frosted toaster pastry are “healthy,” but almonds, avocados and salmon are not.

The FDA first put out a proposal for this research last May and collected comments about the undertaking. Many comments were supportive of the idea, with suggestions on modifications to the process or timing, and some recommending that the term be redefined first. The initial proposal in the Federal Register also contains a variety of potential symbols, all of which contain the text “FDA Healthy,” showing an unambiguous source of the claim.

The federal government’s aim with this new front-of-pack symbol is to clearly communicate when a product has a high nutritional value, giving consumers better tools to make informed decisions on food and drink. Research has shown that current front-of-package information is confusing to consumers. A recent study done by Attest showed that only 9% of people were able to identify the healthiest choice among six varieties of cereal bars when they were shown only package fronts. In fact, more consumers — a total of 13% — chose the least nutritious bar as the healthiest. Attest found that consumers were tripped up by true — but potentially misleading — claims on package fronts that spoke to other product attributes, including “whole grains,” “naturally flavored” and “100 calories.”

Attest’s study found that more than half of consumers want to see clear nutritional labeling on the front of packages, and having that information there would be the top factor to increase their trust in wellness-targeted food products.

There are other movements to get information on the front of packages. The Consumer Brands Association and Food Industry Association (FMI) have worked together on the voluntary Facts Up Front initiative, intended to increase transparency for consumers. Facts Up Front has not been universally adopted, but studies have shown f-o-p labeling is effective in both driving manufacturers to make products more nutritious and helping consumers make better choices.

According to a study published in the Journal of Marketing, products that display nutritional information on the front of packages can push the whole category to improve its nutritional quality. During 16 years, the study looked at 21,096 products in the U.S. from more than 9,000 brands in 44 categories.
The research found the food categories they looked at with front labels had 12.5% less calories, a 12.9% cut in saturated fat, 12.6% less sugar and a 3.7% reduction in sodium, Food Navigator reported.
More companies could look to implement these labels as consumers reach for healthier products. As a result of the studies showing the effectiveness of these labels, Vital Strategies and the Global Food Research Program at University of North Carolina at Chapel Hill released a Guide to Introducing Effective Front-of-Package Nutrient Labels to help countries adopt these warning labels, which they say is a “cost-effective, high impact strategy to combat obesity.”

The new FDA Healthy symbol would not be required, but it may be an effective tool for manufacturers wanting to tout their products’ nutritional quality. A claim endorsed by the FDA has a lot more weight than the word “healthy” on a package front on its own. Considering the research on f-o-p labeling, it seems there would be no reason why a qualified brand would opt not to use this kind of symbol on its products.

It’s unclear how long it will take for this research to be conducted and tabulated, but there will be time in the interim period for the FDA to release its updated “healthy” definitions. After all, local commentators say, it’s been more than five years since comments were collected on a new definition, both through Regulations.gov and a public hearing. Given the time and expense for products to make any sort of packaging changes, though, it behooves the FDA to have both done at the same time.

This article is part of a dossier which will have three parts: the very next chapters will deal with the Impact of f-o-p nutrition labeling systems (Conference by Pr Montana Camara at the recent 14th World Processing Tomato Congress), and the Revision of the European (EU) Regulation regarding the Food Information to Consumers (FIC) 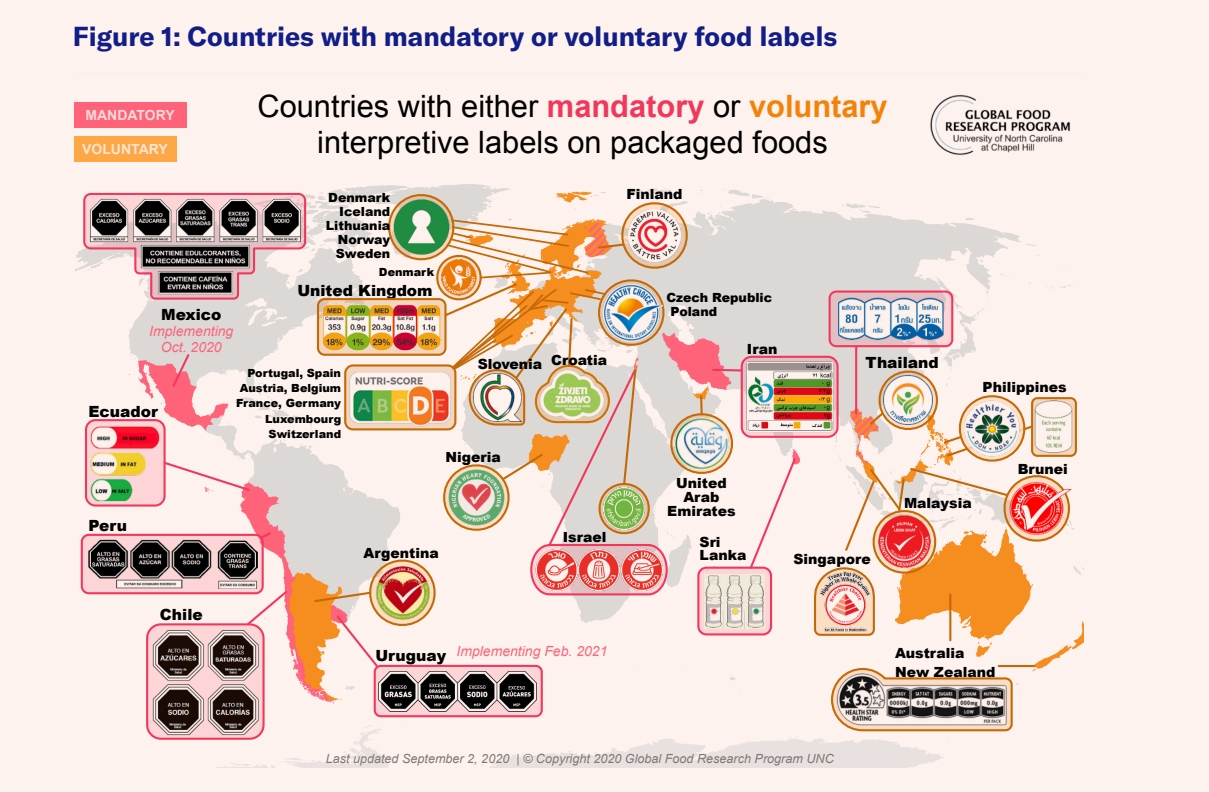 In 2020, in Mexico, the mass media campaign “Let’s Discover the Risks to Health” calls for “Clear Labels, Now!” The campaign, run by the Nutritional Health Alliance of Mexico depicts a front-of-package warning label on common ultra-processed foods that contain excess nutrients of concern.

EU: Revision to the Food Information to Consumers (FIC) Regulation

Climate label, a risk of proliferation ?

Labelling: The Commission is moving towards mandatory front-of-pack nutrition labels

Italy: taking a stand against the Nutri-Score trend?