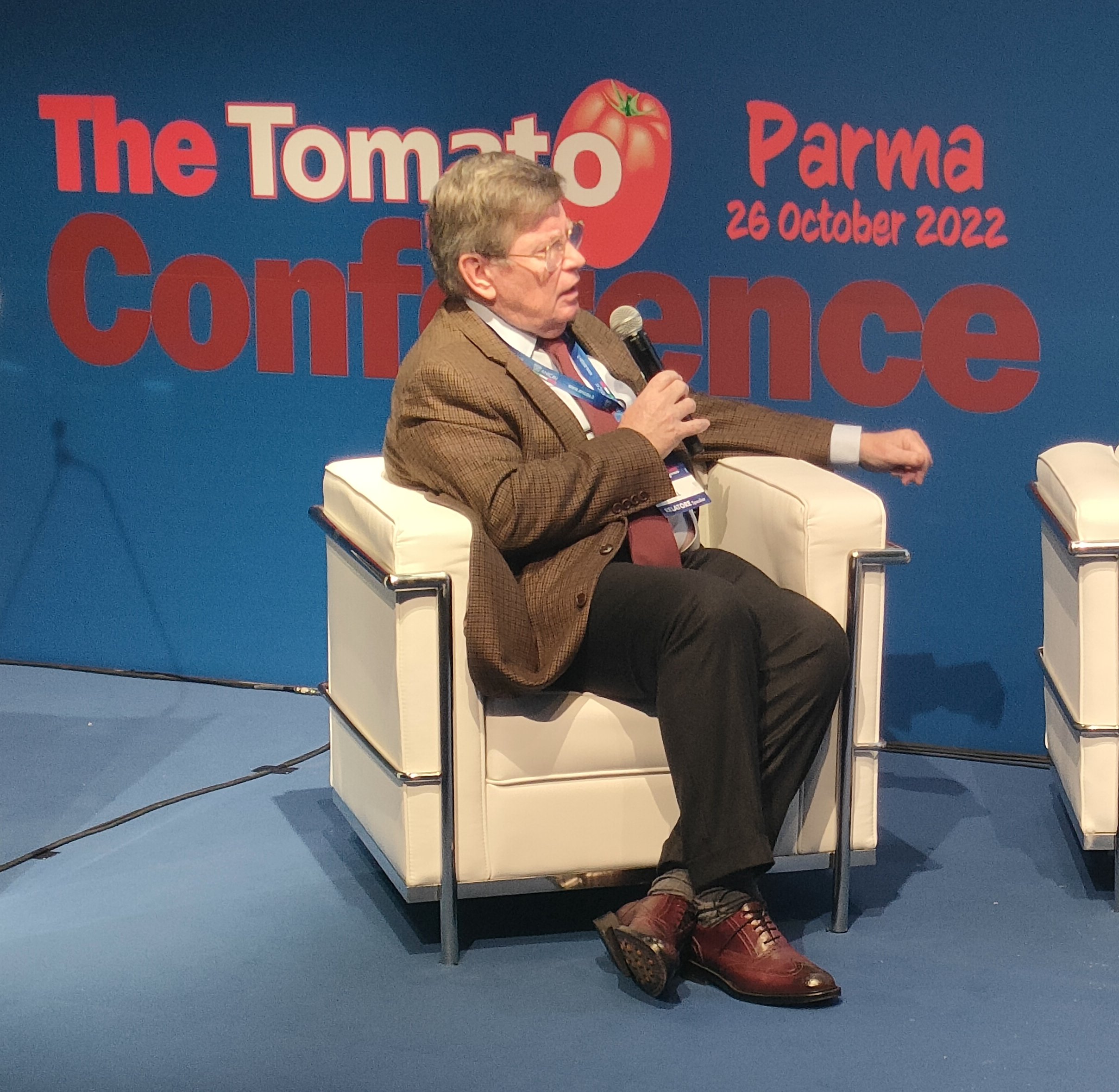 "As an introduction, I will say a few words to help us understand what we are going to be talking about. I want to raise the point that there is a certain level of euphoria amongst all of us, but most of us think that we are going into a major recession around the world, and I am not sure it is appropriate for us to be euphoric…

I talked to you in March about our expectations for the crop, about the rapid increases in the price of energy. If we look at what has happened now, we are actually seeing a significant drop in the cost of energy over the last weeks. Part of it is because the European Community announced that it has stored enough gas to get through the winter, which was a big surprise for the market. I think the European Community did a commendable job in building its inventory without the market being fully aware of what was happening. 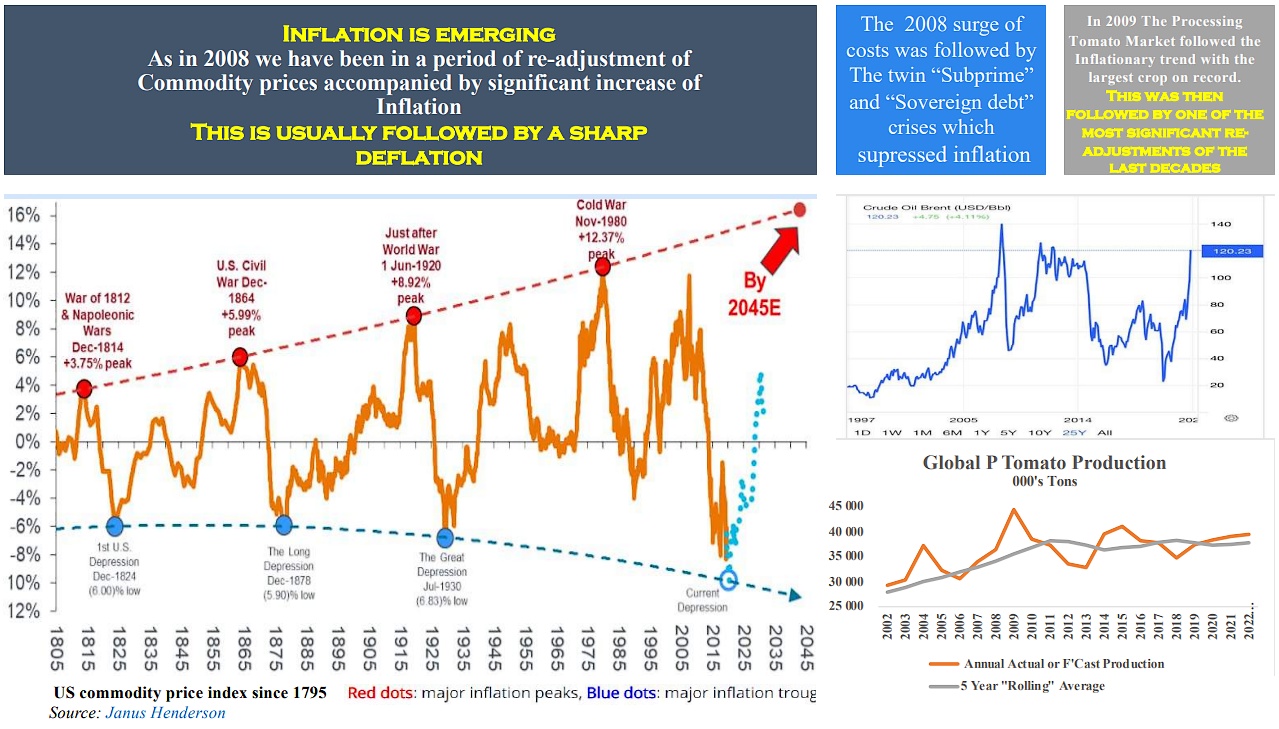 The price of oil has been dropping and most of you have seen that Saudi Arabia and Russia recently announced they were to cut oil production very significantly. Interestingly, after a short recovery, the price of oil has continued to drop. If we look at the price of copper and the price of steel, they are all going down at the moment, so I don’t feel entirely comfortable looking forward. We have an unprecedented situation – Mark de la Mater explained it extremely well. Among the serious issues that we are going to be facing as an industry (in Italian they call it the “Filo Rosso”, which means the red thread), with our growers and processors and secondary processors, we are effectively or almost certainly going to eat into our market because of short supply. So some products will simply not be available on the shelves, and that is a damaging situation for us all.
And then we have another factor that is of course extremely important and which all of you will know very well – when you have a high-cost ingredient, you all start thinking about how you can reduce its usage. I think we will see these two effects come into play over the next year, but still we are extremely short. So I agree with Mark – I don’t see that the price will falter, but it does concern me that in the longer term we could seriously damage our position as a sector of the food industry.

In the midst of this we have seen prices to the grower increase very significantly throughout North America and all of Europe – though not so much in China as we have just seen – and I think most of us know that we will face another increase going into the next crop. 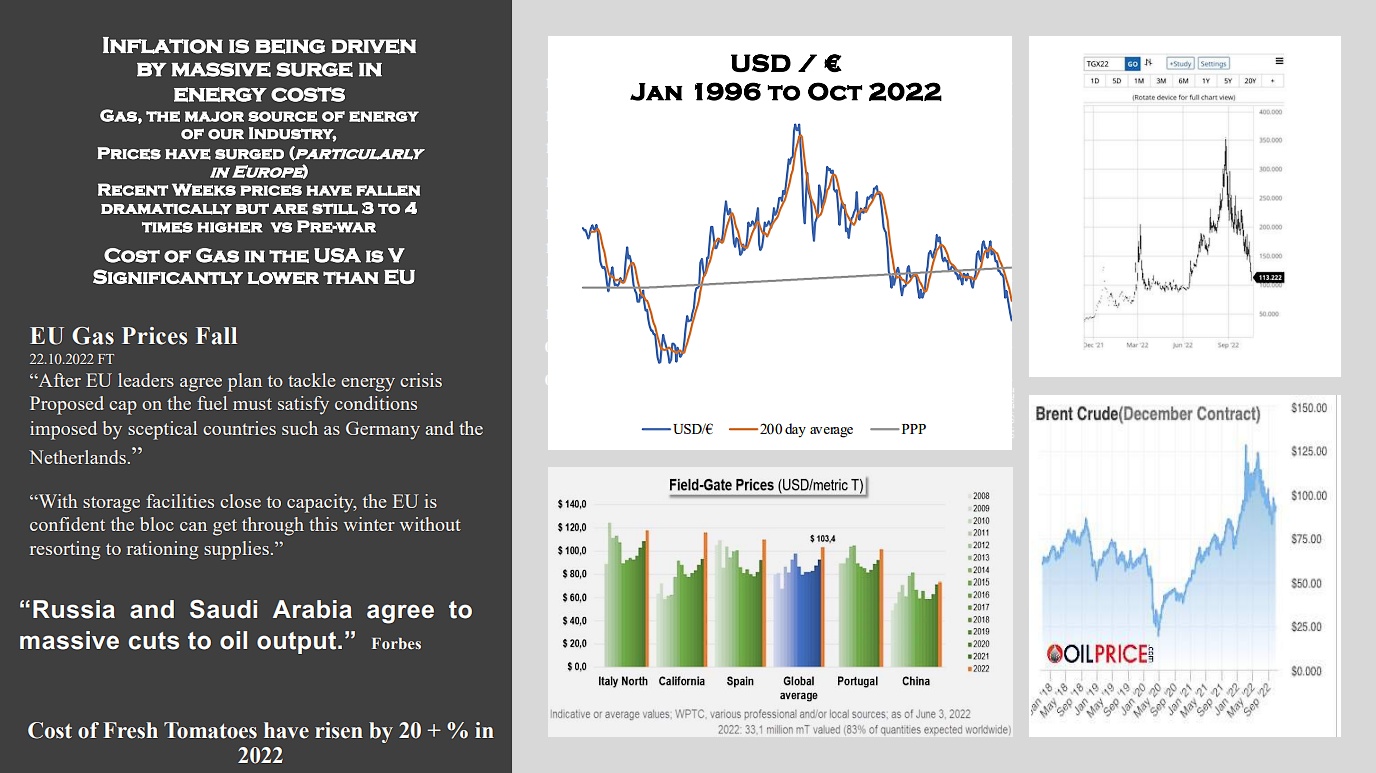 I put in my estimate as a green column – not so much what I think we will produce, but what I think we should produce – to try to rectify the inventory shortage shown in the graph below. Over the last five years, we have had quite an interesting situation. Global production has remained within 36 to 39 million tonnes, roughly, and inventories have gradually been getting shorter. The graph below basically shows the number of weeks of inventory and the change over this period. We have moved from quite a comfortable position, where we had an extra six weeks of inventory, down to a position where, in these seven years, we have reduced our inventory by ten weeks of consumption, which is an enormous number. 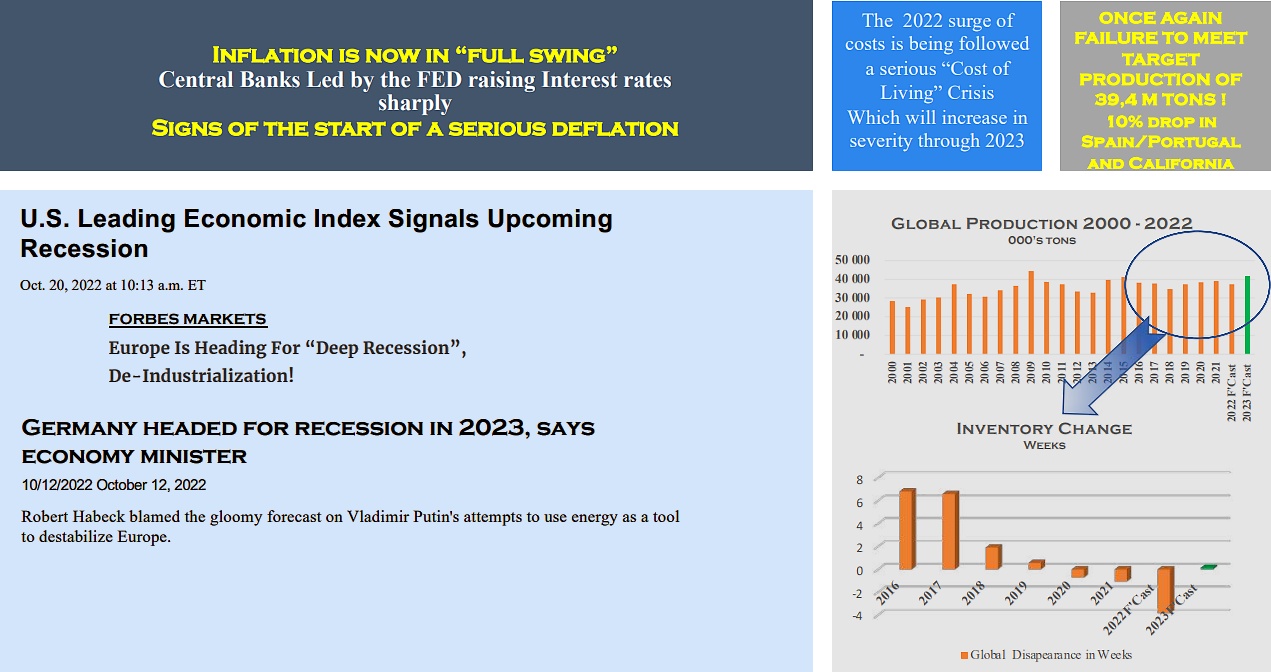 To correct this, bearing in mind what I said before (that  I do think we should make an effort to correct this issue), if we lose 2% of our consumption going forward into next year and we process 41 million tonnes (so up another 4 or 5 million tonnes beyond what we produced this year), we will have a balanced situation that will be much healthier than the one we are in at the moment.
I am not saying that most don’t enjoy the higher prices, but I think we should be careful because they could do lasting damage to us all. 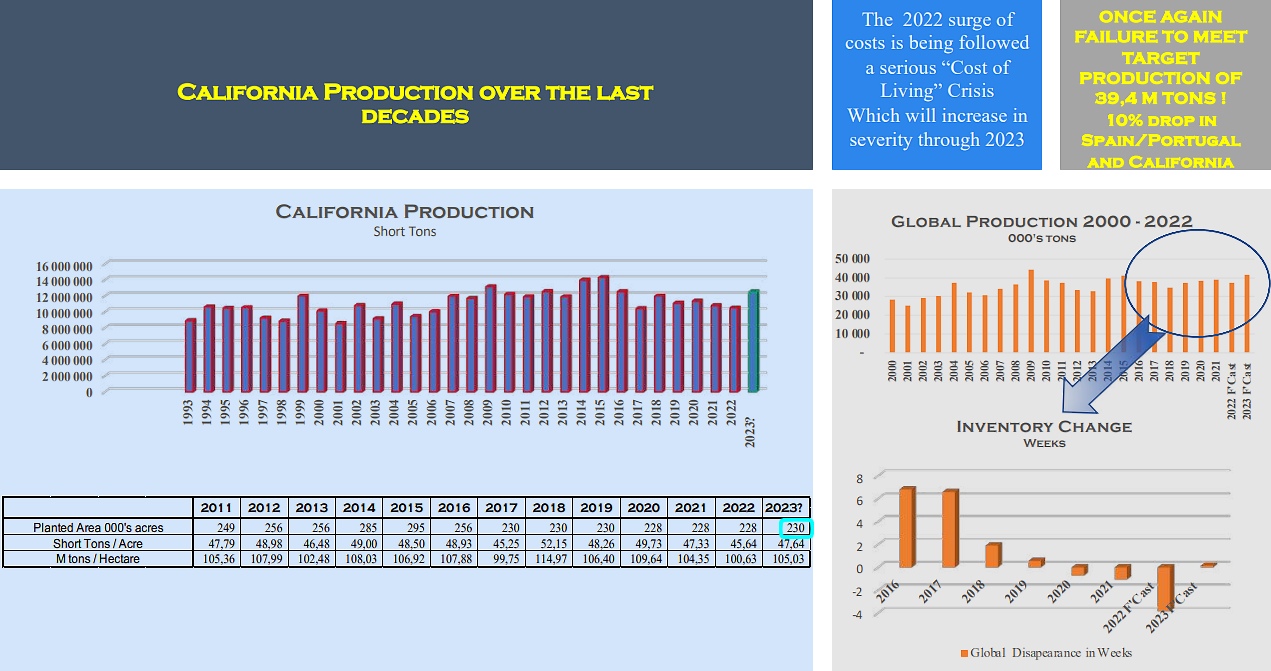 Now one of the key issues we face, and one that people have been reluctant to address, is essentially “why hasn’t the grower responded?” And if we look at these numbers here, looking specifically at California (but much of what happens in California has already happened elsewhere or is about to happen elsewhere), the planted acreage is flat, and we are actually looking at rolling average yields that have been going backwards. If we look at California itself, most of us who look at these numbers carefully at the beginning of every year see 230 000 acres and 12.5 million tons, and then we look at the yield forecast at 50 or 52 or 51 (short tons per acre, editor’s note) – I put in there the averages of the last three years – whereas we need something like 260 000 acres next year at 47 tons to give us the 12.5 million tons that I think has been the objective wanted in California. 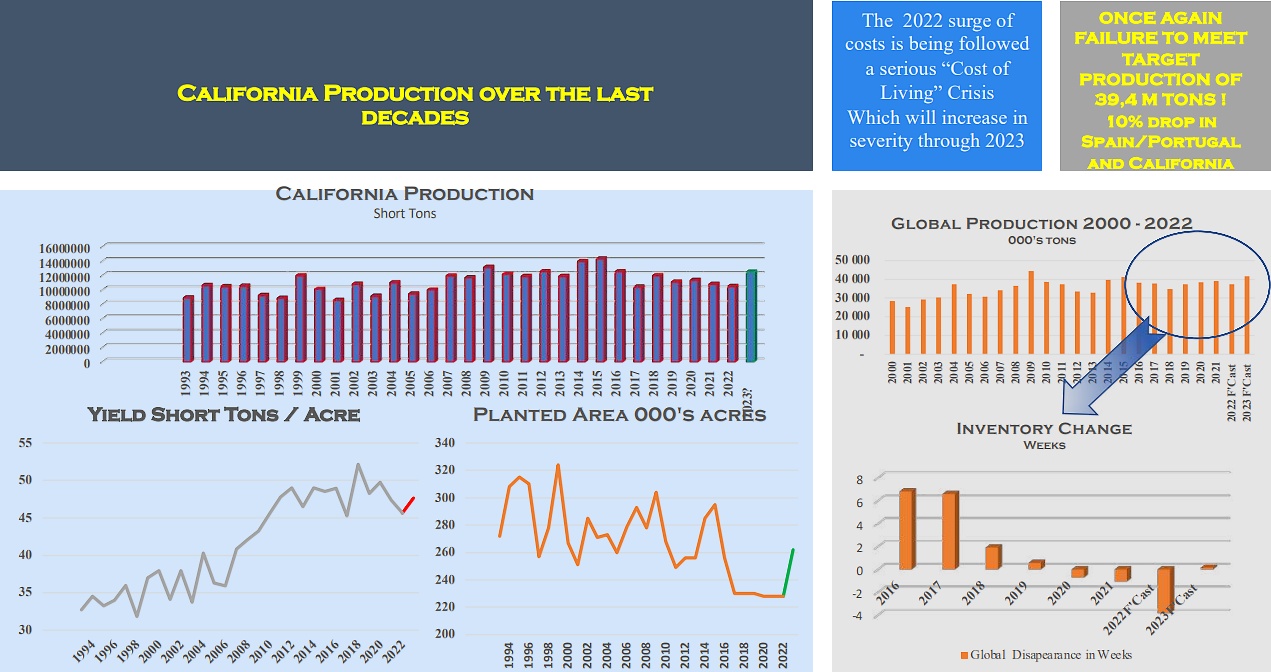 So, looking at it with the correct number of roughly 260 000 acres (I will be talking to Mike Montna about what he thinks), this subject is a delicate subject. We obviously will not talk about actual prices, but it has been the “elephant in the room”, which is an English expression, but I think quite a lot of people know it. Very few people have been brave enough to tackle this. I believe it is important that we try to talk about it, because it is a key issue for us going forward. It isn’t targeted particularly at California – most of what we will discuss applies to most of the countries where significant quantities of tomatoes are grown.
Martin Stilwell's presentation:

The presentation was followed by a conversation with Mike Montna, president of the California Tomato Growers Association. The transcript of this conversation will soon be available on the Tomato News website.

You can find all the other presentations and slides from the 2022 Tomato News Conference held in Parma on 25 October 2022 by clicking here.

What is happening? What can we expect?

Editorial: What troubled times we live in!