28/04/2022 - François-Xavier Branthôme - 2022 Season - Lire en français
At nearly USD 107 /mT, the overall average value of raw materials has jumped by 21% compared to the average of the three previous seasons.

The tension between increasing industrial demand and decreasing agricultural supply, uncertain weather conditions and increased climatic risks, a difficult water supply, extraordinary increases in the costs of all inputs, competition with less risky or more profitable alternative crops... the reasons for a spectacular rise in the prices of tomato as a "raw material", widely commented during the 14th World Processing Tomato Congress, have been many and varied this year. In a consumption context made uncertain by the consequences of the Covid sanitary crisis, annual discussions between California's industrial processors and growers led in December to an unprecedented increase in the reference price (expressed in US dollars, excluding premiums and other local contractual terms) for the 2022 crop of processing tomatoes. The value of US tomatoes has jumped 24% compared to the price agreed in 2021, followed by European tomatoes (expressed in USD +23% in Spain, +16% in Greece, +14% in Portugal, +9% in France) and other leading countries of the sector (+21% in Turkey, +9% in China), etc. These increases are even more remarkable compared to the average levels of the three previous seasons, ranging from about 10% for the smallest to over 35% for the widest. 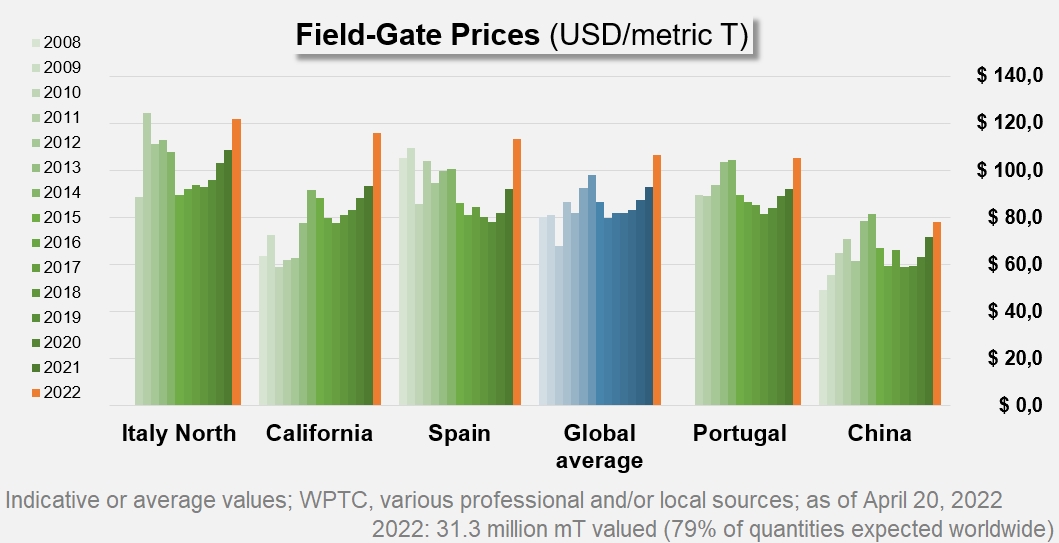 The values indicated are weighted "edge-of-field" averages, expressed in USD (April 2022 value), provided as an indication for each of the countries concerned. They cannot account for all specific cases.
On a global scale, in 2022, raw tomatoes will cost industrial processors about 15% more than in 2021 and 21% more than the average for 2019-2021. The available data, accounting for about 79% of the scheduled quantities, leads to an overall average value of about USD 106 to 107 per metric tonne, a historically high level, about USD 14 /mT higher than the overall value recorded in 2021 and nearly USD 19 higher than the average of the last three seasons.

According to the information provided by the different sectors, prices for tomatoes as a raw material in Europe and California are well above this average, at around 120 USD (about EUR 104 ) per metric tonne for the European average and around 116 USD per metric tonne for the US reference. On the other hand, the average price in China (of approximately RMB 480 to 500 /mT) is well below the world benchmark, at approximately USD 78 /mT.
The largest increase of the year was recorded in California, the smallest in China, with Europe as a whole falling roughly halfway between these two extremes. 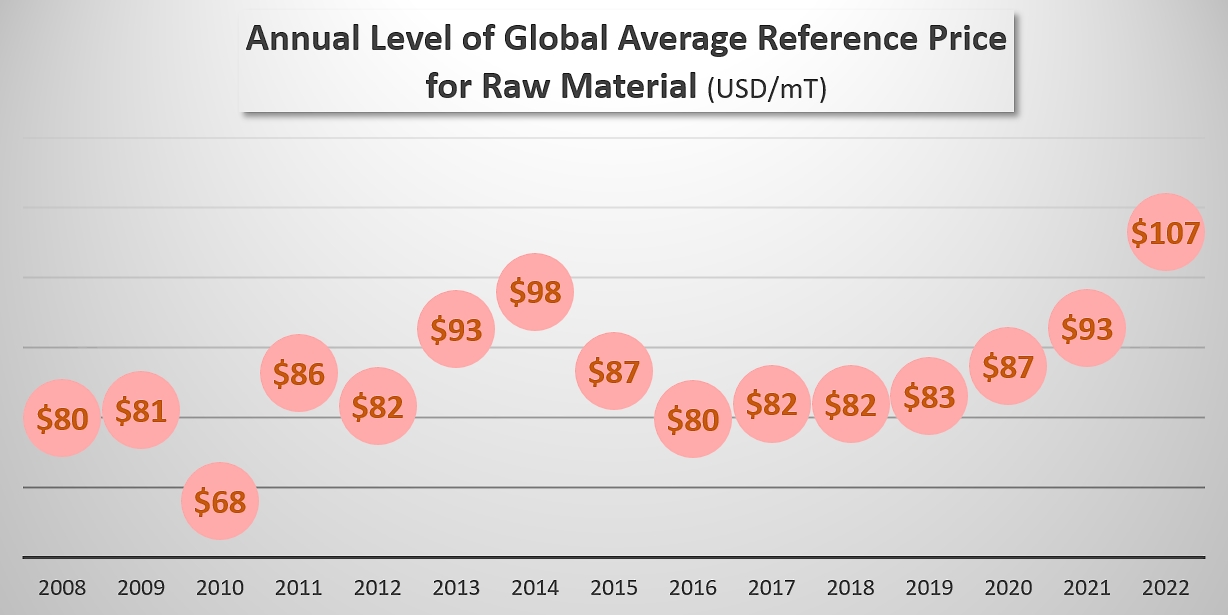 Some complementary data
An extrapolation carried out on the basis of the information provided by the national processing industries leads to a value estimate for the 2022 world harvest at a minimum of USD 4.3 billion (EUR 3.8 billion), an increase of 26% compared to the estimated average value (USD 3.4 billion) of the three previous seasons. 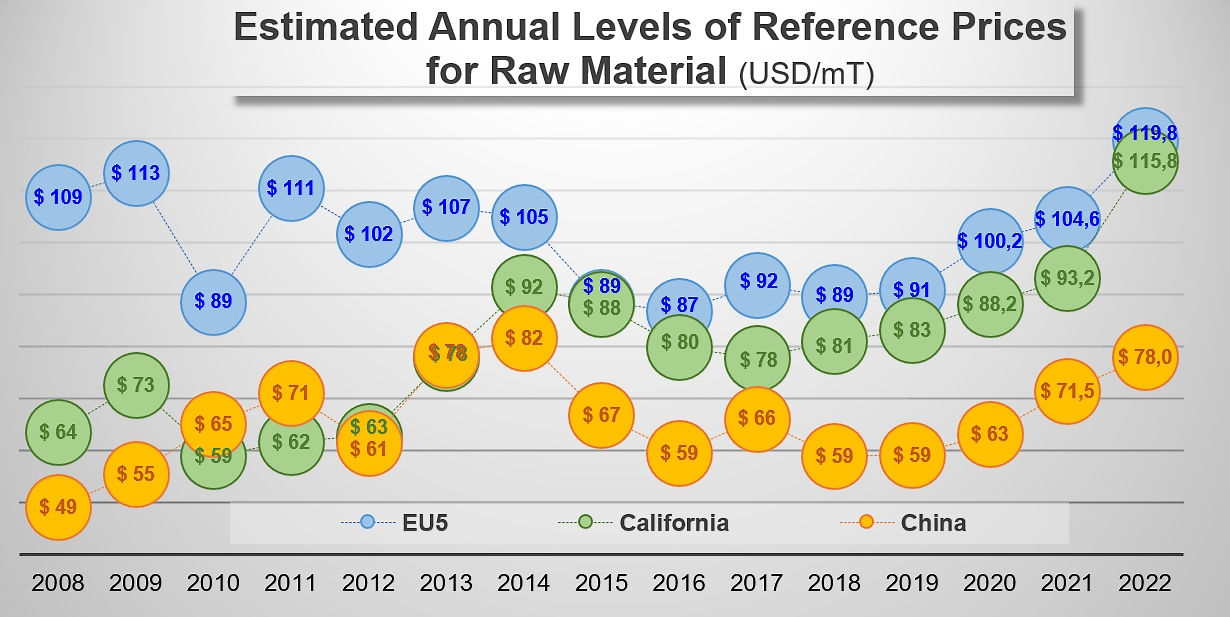 2021: sharp increase in the cost of tomatoes as \'raw material\'

2017 season: the price of raw materials