02/03/2021 - Press release , François-Xavier Branthôme - 2021 Season - Lire en français
Press release from the organizations of processing tomato growers
“The last national French food summit (États Généraux de l’Alimentation), which was held by the government on 20 July 2017, should have led to a better distribution of value and a better balance in the power wielded by distributors, processors and growers, with the stated goal of implementing practices that should lead to more profitable prices for growers and a better match between production and the expectations of the different markets and processors.
Processing tomato growers’ organizations APAAF, APTO-2, Terres du Sud Fruits et Légumes and Valsoleil, which have established historical partnerships with the processors that use their tomatoes, are strongly and fairly calling for a greater sense of responsibility in the negotiations that are currently being held between their partner organizations and large chain retail distributors. 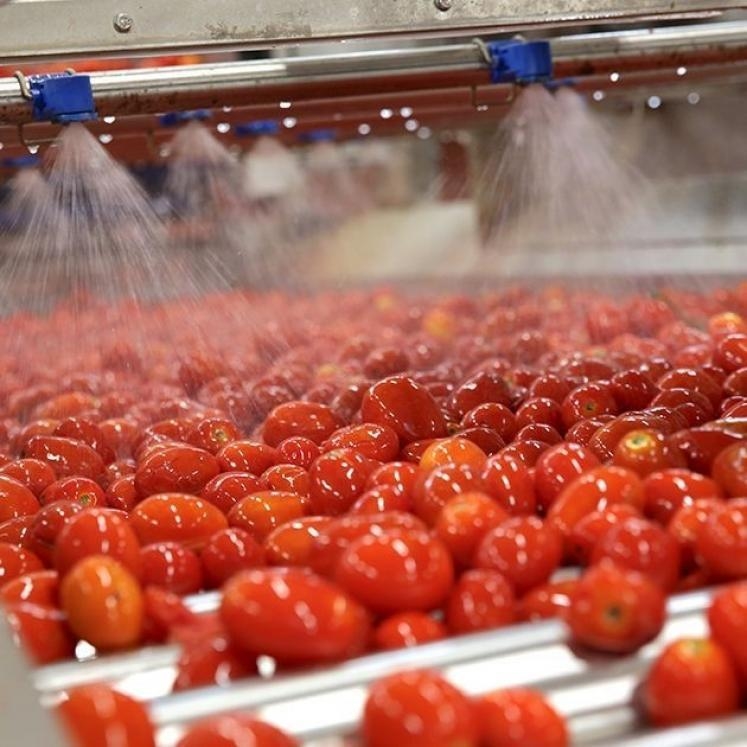 Indeed, French growers who cultivate processing tomatoes estimate that their voice should also be heard regarding the constraints they are facing, and which are constantly increasing. They can no longer be content with their current remuneration, which is completely at odds with the commitments that are required of them. The agro-ecological transition requires heavy investments, and in a climatic context that is increasingly uncertain, this has seriously jeopardized their income levels. The current evaluation of their tomatoes has not been keeping up with the consequential costs. So they are calling on the leaders and operators of the large chain retail sector to institute fair payment for their production, for its quality and for their daily efforts in responding to the environmental and social expectations of their consumers and fellow citizens.
It is time to change an approach that merely appears to support French industries, and start taking responsible decisions to demonstrate that retailers are serious about maintaining and developing the national sovereignty and independence of the French food sector, which necessarily means paying a fair price for food products.
Only a few centimes of a euro are required help the whole production sector return to a state that is economically viable. That is what is currently at stake. For 1 kg of ketchup sold to consumers at an average price of EUR 3.40, there can be 1.5 to 2 kg of fresh tomatoes used, depending on the recipe, for which growers have only received 12 to 16 centimes.
An increase in the price charged by retail stores of 2 to 3 centimes of a euro per kilo of ketchup or sauce would allow all the operators of the processed tomato industry to maintain the long-term value of their agricultural production and food manufacturing means and resources, as well as preserving the human continuity of the sector, while at the same time guaranteeing the quality and independence of the French food industry, which is an expectation expressed and shared by everyone.
If this does not happen, imported products will spread through store shelves, and this will lead to the destruction of our territories, our jobs of our economy. 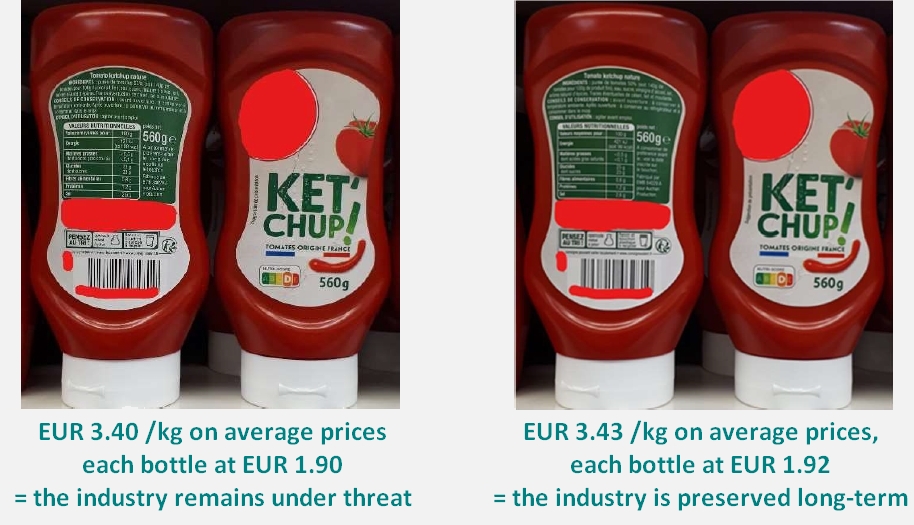 For a total average annual consumption of 3 to 5 kg of sauces and ketchup per person, an increase of only 10 to 15 centimes of a euro per year would be required from consumers, which amounts to 1 centime per person per month…”
France: stop the deflationist pressure
“2021 trade negotiations: the ADEPALE calls for an end to the deflationist pressure from retailers, and calls on all stakeholders to act responsibly!”
The approach of processing tomato POs is part of a wider movement within the French food industry driven by the Association (française) des Entreprises de Produits Alimentaires Élaborés (ADEPALE, the Association of manufacturers of food products), which brings together more than 50,000 collaborators and 400 enterprises, mainly small and medium-sized companies, with a few slightly larger ones, all of which are solidly implanted in the regions where they invest most of their added-value. 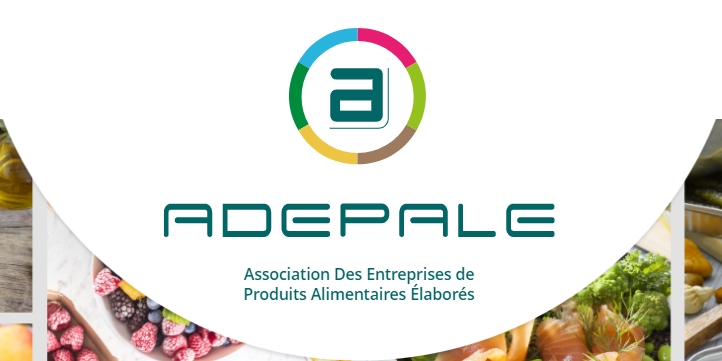 In a recent official press release (February 2021), the Association pointed out that “food companies have been able to demonstrate their unfailing commitment since the beginning of the Covid crisis, ensuring the continuity of food production in order to serve the French people, and they will continue to carry that responsibility. Today, faced by the increasing deflationist pressure of retail distributors, the ADEPALE considers that it is urgent to review the current pattern of negotiations with large chain retailers, in order to contribute positively to building up national industries, and to improve the agro-ecological transition and the necessary adaptation to climate change.”
Legitimate requests to add value to prices are all too often rejected
More than ever, given the current context of generalized increases in the costs of raw materials aggravated by the Covid crisis, it is essential to upgrade prices in order to ensure the durability and competitiveness of food companies that are committed to efforts in terms of processing, so as to respond to consumer expectations and continue to rebuild the food sovereignty of the country.
This analysis is shared by the Minister of agriculture, as he pointed out in a speech made on 12 February: “There was a consensus all along the food chain during the last National Food Summit that gave rise to the Egalim law. Each party must keep its commitments. The future of our industry in France is at stake. Negotiations between companies and distributors have been very tense this year. Some parties gave the impression during the last stages of the process that they wanted to avoid complying with the main points of the law. This is not acceptable (…).”
ADEPALE members have indicated how concerned they are regarding the state of current negotiations. All of the price upgrade requests have been ignored, despite the reality that they represent for French food companies. Whether they are linked to increases in the prices of raw materials or to local investments in terms of sustainability and eco-responsibility, requests to increase the prices paid have been rejected and retail parties have even gone as far as to ask for lower prices.
A contribution from all stakeholders is essential
“The ADEPALE is solemnly calling on the large chain retailers to support efforts being made by food companies to improve the quality of products, to structure the industry, and to decarbonize their production processes in order to respond to consumer expectations and environmental issues. All of these actions represent added costs that must be shared among the various stakeholders of the industry.
Small to medium sized food companies play a vital role in France. They are part of the economic lifeblood of territories and place a major emphasis on relationships with the agricultural sector of the country. They have demonstrated their unfailing commitment since the beginning of the crisis, ensuring the continuity of food production in France. Even at the most critical times, they have answered the call to supply stores faced by sudden rushes on food by French consumers anxious to keep stocks up at home. At the same time, companies have struggled to adapt to the closing down of the catering and restaurant sector.”
Source: French POs, ADEPALE
Further details in attached documents (in French):
ADEPALE negoscommerciales
20210223 France OP Tomates negoscommerciales
Back