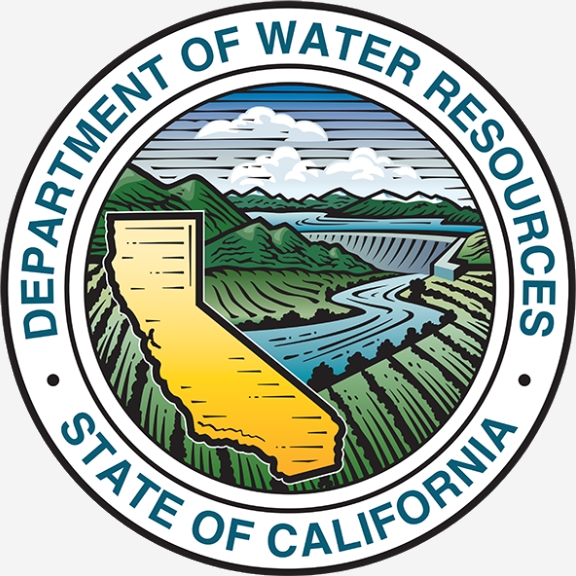 Barely more than a year ago, California’s first seasonal snowpack survey provided promising results—a deep-snow measurement totaling 160% of average. Then came the driest January, February and March in more than 100 years—resulting in unprecedented cuts in water deliveries to farmers, who went on to fallow an estimated 750,000 additional acres of cropland.

Understandably, the enthusiasm was muted early last week, when the first 2023 snow survey by the California Department of Water Resources revealed a snowpack of 55.5 inches (1,40 m), or 174% of normal for early January. It was the third-best seasonal snowpack report in 40 years, ranking behind 1983 and 2011.

But afterward, the latest in a series of atmospheric storms brought an additional deluge of snowfall to the Sierra Nevada. The National Weather Service reported as much as 10 feet (3 m) of additional snow in parts of the Sierra by Sunday. Moreover, the series of so-called atmospheric river storms was predicted to continue, after storms last week caused widespread flooding, toppled trees and other damage, and left as many as 400,000 Californians without power.

Michael Anderson, DWR’s state climatologist, said climate mapping indicates California may be transitioning from a dry La Niña weather pattern to a wet El Niño—perhaps “with neutral conditions” taking over first. “Last year, we had a really productive December, but then everything shut off for the next three months,” Anderson said. “This year, we’re seeing a different pattern, where we had some fall rains and we’re watching this snowpack build.”
In what Anderson said could be a year of weather extremes, the series of “atmospheric rivers” fell short of rescuing California’s depleted reservoirs, but many showed marked improvements. However, with flooding in the Sacramento Valley and dangers elsewhere, federal and state reservoir operators were maintaining ample space for flood control. “The significant Sierra snowpack is good news, but unfortunately, these same storms are bringing flooding to parts of California,” said California Department of Water Resources Director Karla Nem. “This is a prime example of the threat of extreme flooding during a prolonged drought as California experiences more swings between wet and dry periods brought on by our changing climate.”

Proposition 1 authorized USD 2.7 billion (Euro 2.5 billion, val. January 11, 2023) for new water storage as part of USD 7.5 billion (Euro 6.98 billion) in funding for public works projects. Among them is the planned Sites Reservoir north of Sacramento. “This recent stream of atmospheric rivers with heavy precipitation in a short period demonstrates why additional water storage and infrastructure is needed,” Houston said. “New water storage, above and below ground, would capture more flood flows to help get us through dry periods and prevent flooding and wasting water to the Pacific.” 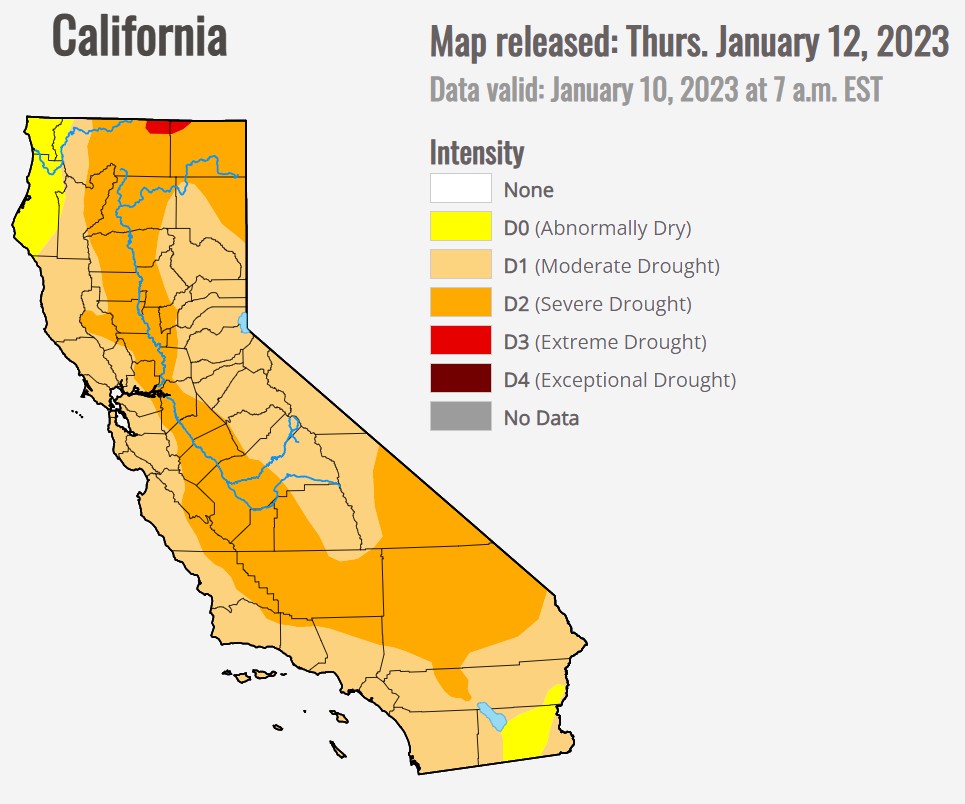 Amid the series of storms, the U.S. Drought Monitor downgraded California’s drought status. In December, 80% of the state was listed in “severe drought” conditions or worse. That number dropped to about 39% on Jan. 5.
image

Many California reservoir levels remained low but showed significant improvement, with Lake Oroville at 44% of capacity and 81% of its historical average on Jan. 8, and Lake Shasta at 37% of capacity and 62% of normal. Lake Don Pedro was at 65% of capacity and 94% of its historical average, while Millerton Reservoir reached 75% of capacity and 139% above normal. “We know that it will take quite a bit of time and water to recover this amount of storage, which is why we don’t say that the drought is over once it starts raining,” said Jeanine Jones, DWR’s interstate resources manager and drought specialist.
The densely packed nature of the storms was also resulting in reduced water savings. “It’s really helpful if the storms would be so kind just to space themselves out a week or two apart so we have time for water to move through the system, move into reservoirs and all of that,” Jones said. With California having endured three years of drought, she said the state will need more than 100% of normal precipitation to get back to 100% of water runoff from the Sierra Nevada.

Last month, California water officials announced an initial 2023 water allocation of just 5% from the State Water Project due to continued drought fears. That came after 2022 and 2011 water years both yielded final state water deliveries of 5%. Meanwhile, there was no water available for agriculture from the federal Central Valley Project in 2022. Combined, the state and federal cutbacks resulted in vast surface-water shortfalls for farmers, more reliance on depleted groundwater and increased fallowing of crops. According to a study by researchers at the University of California, Merced, California agriculture suffered USD 1.2 billion (Euro 1.12 billion, val. January 11, 2023) in direct drought impacts in 2022, up from USD 810 million (Euro 754 million) in 2021. The sector lost an estimated 19,420 jobs from 2020 through 2022, the study concluded. “If we think about what’s the worst that could happen, think about what happened last year and the year before—the Central Valley Project had zero irrigation deliveries to its agricultural customers,” Jones said. “And this past year, the senior water-right holders and settlement contractors got a significant cut (from the state.) So that would be an example of the worst case.”

The storms also brought some cautious optimism for better fortunes—and water supplies— for agriculture this year. But for farmers in some areas, the series of storms created a different sort of concern—flooding dangers.
“Flood events are always a periodic threat in California’s hydrology, which typically sees the water year determined by a handful of strong storm systems,” said California Farm Bureau Senior Counsel Chris Scheuring, who specializes in water issues. “And we are told that this will be even more pronounced in the future, with stronger atmospheric rivers.”