California: Crop situation as of September 17, 2022 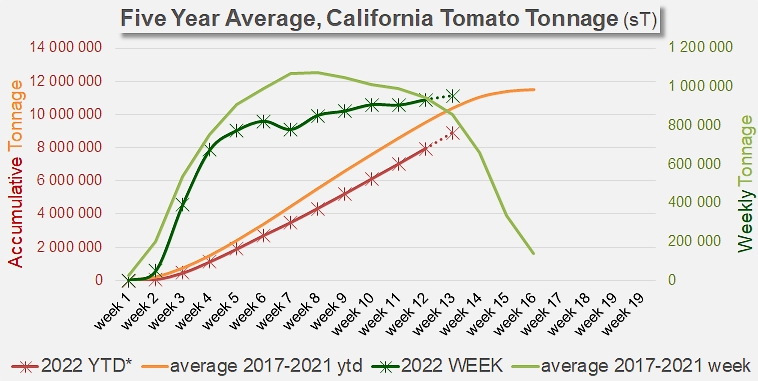 There was no deliveries of Organic processing tomato during the week ten (ending September 10, 2022) so that the total tons YTD remains unchanged at 460,153 mT (507,232 sT), which is now 7.2% of the actual total delivered quantities. Provisional total is now 15% lower than in 2021 on the same date and 5% higher than the average quantity processed during past three seasons at this time. 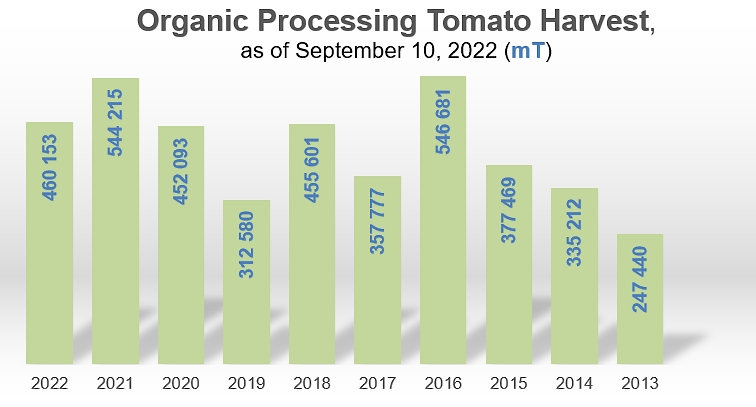 If the weekly projections come true, the projected quantities on September 24 would represent approximately 85% of the revised California processors' target (9.53 million mT, or 10.5 million sT). 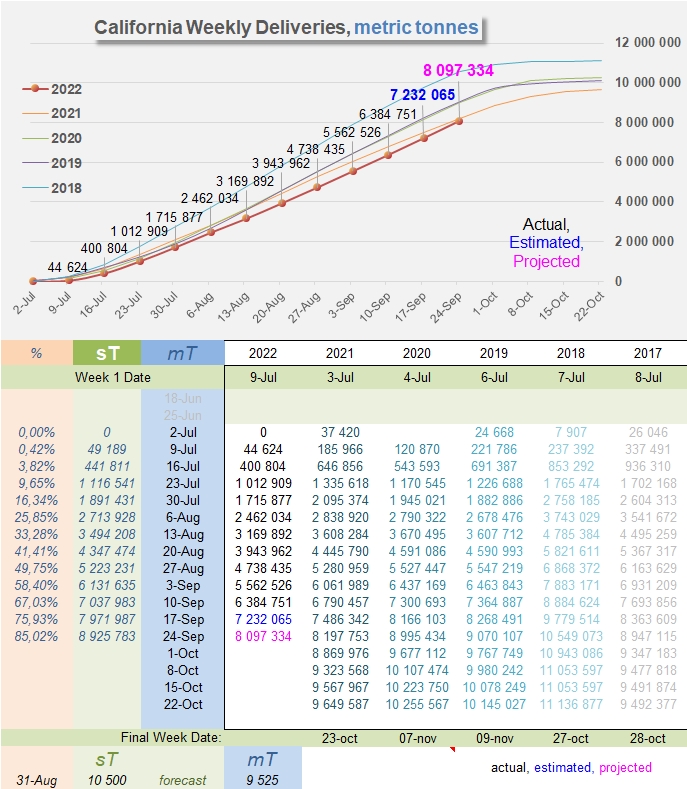 California: Crop situation as of September 10, 2022

California: Crop situation as of September 3, 2022

California: Crop situation as of August 6 2022