California: Crop situation as of October 1, 2022

03/10/2022 - François-Xavier Branthôme - 2022 Season - Lire en français
The harvest is now entering its final weeks and quantities delivered to the plants are declining in line with processing patterns of previous years. 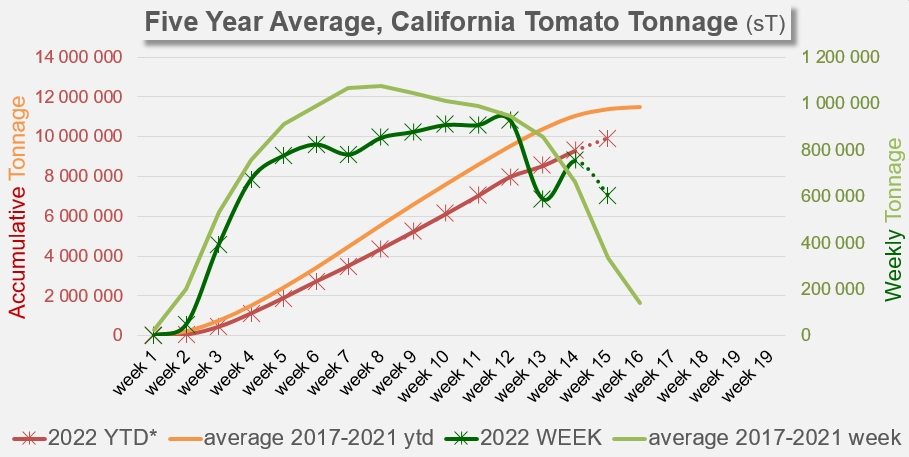 There was no deliveries of Organic processing tomato during the week twelve (ending September 24) so that the total tons YTD remains unchanged at 460,153 mT (507,232 sT), which is now 5.9% of the actual total delivered quantities.

If the weekly projections come true, the projected quantities on October 8 would represent approximately 94% of the revised California processors' target (9.525 million mT, or 10.5 million sT). 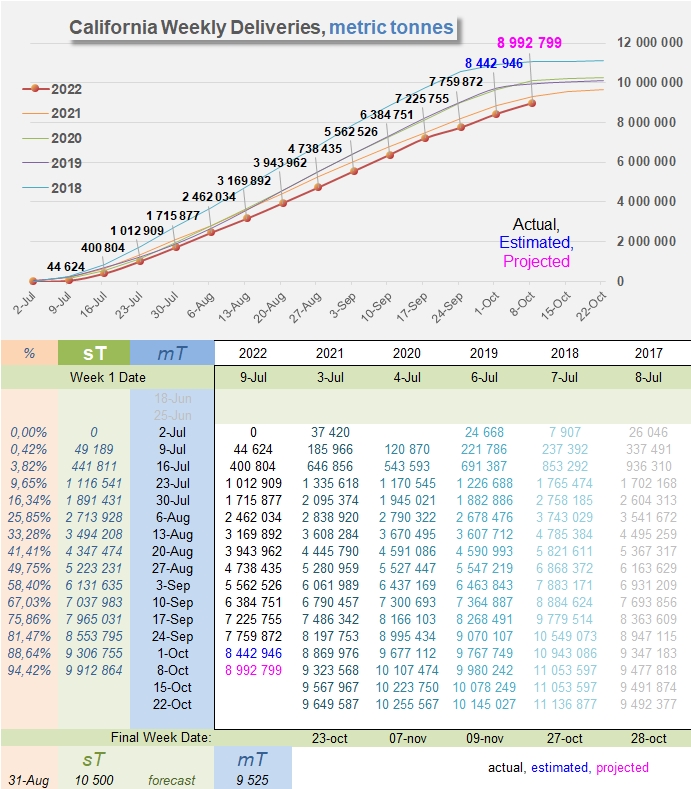 California: Crop situation as of September 24, 2022

California: Crop situation as of August 6 2022