California: Crop situation as of 9 October

The 2021 California Organic Crop has remained unchanged at 560,075 mT (617,377 sT), now close to 6.3% of the total delivered quantities. Provisional total is 19% higher than in 2020 on the same date and 32% higher than the average quantity processed during past three seasons at this time.

Taking the current figures into consideration, quantities being harvested will bring the provisional processed total on October 16 to just above 95% of the official target of the season (10.07 million mT or 11.1 million sT). 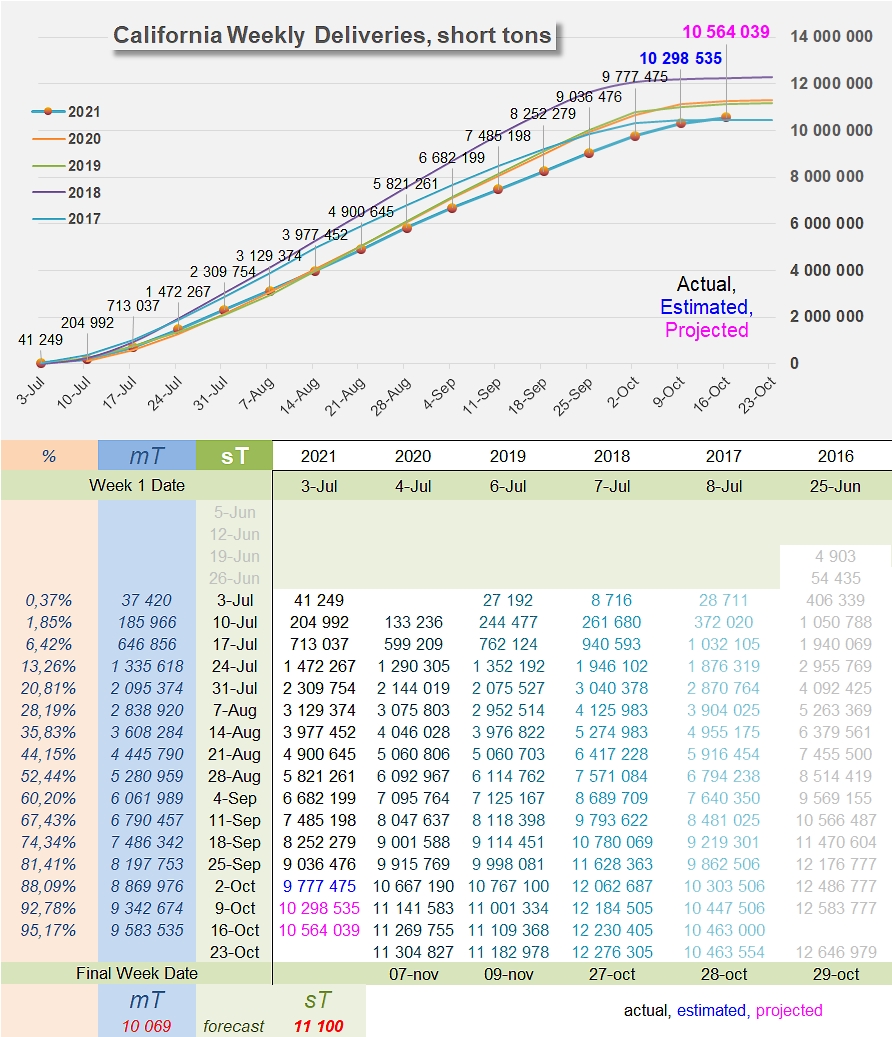 California: Crop situation as of 2 October