California: Crop situation as of 28 August 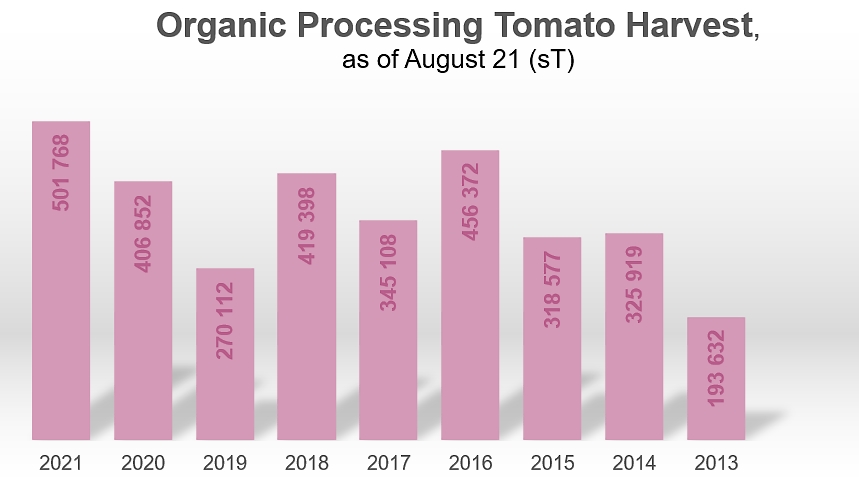 Taking the current figures into consideration, quantities being harvested will bring the provisional processed total just above 58% of the official target of the season (10.5 million mT or 11.6 million sT). According to WPTC, a reduction to this California forecast (released in late May) is expected when the new official crop estimate due to be published on August 31. 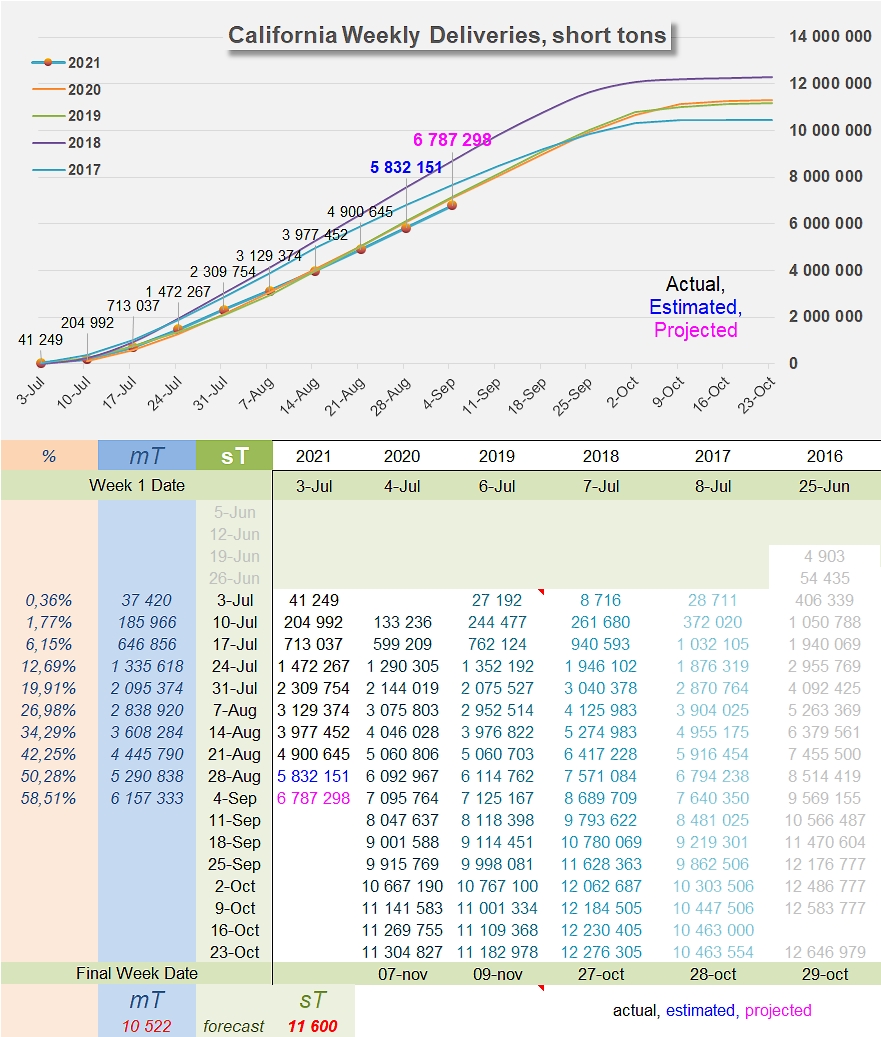 California: Crop situation as of 21 August

California: Crop situation as of 3 July