California: Crop situation as of 25 September

The latest comment published by WestConFoods points out that “a drop off in deliveries will occur for the week ending 10 September since a few factories will be shutting down.” 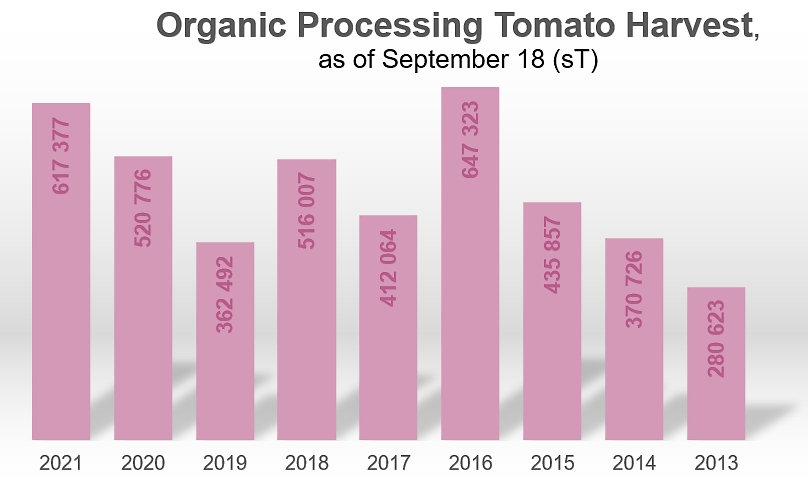 Taking the current figures into consideration, quantities being harvested will bring the provisional processed total at the end of this week to just above 88% of the new official target of the season (10.07 million mT or 11.1 million sT). 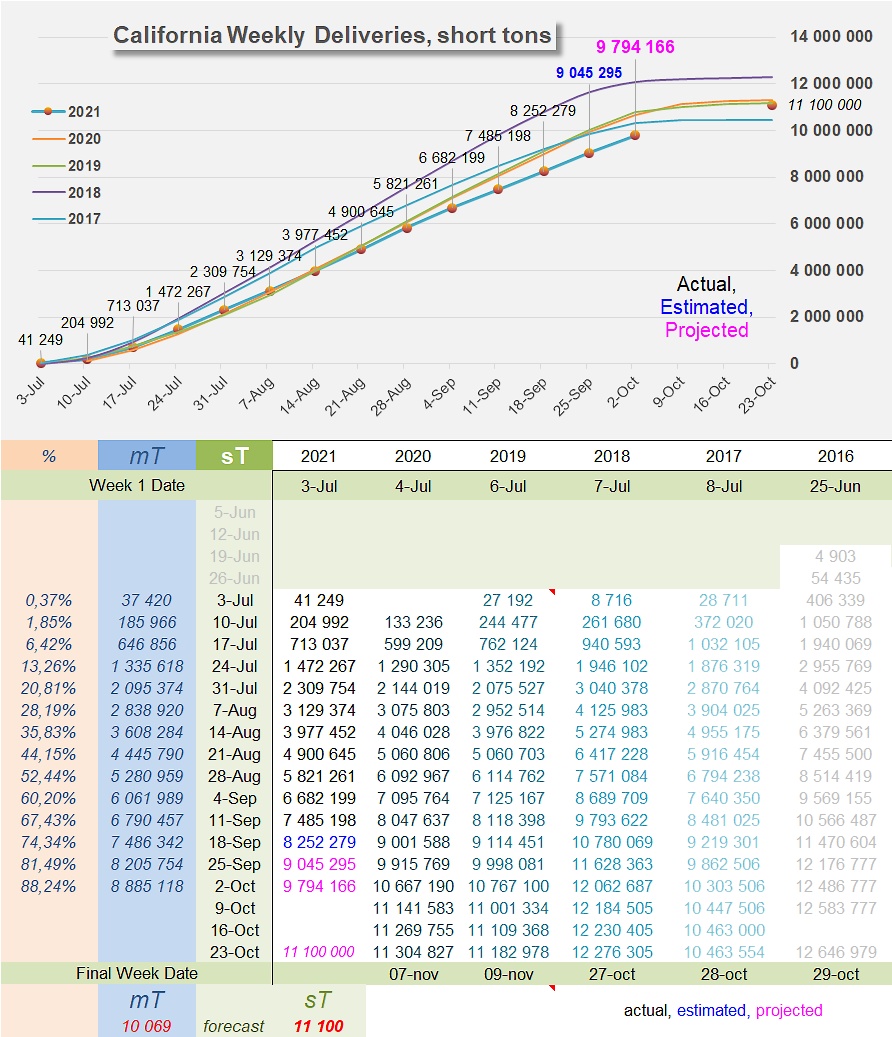 California: Crop situation as of 18 September