According to a previous report published by Westcon Foods, there are early concerns about the 2021 crop as it has been reported field yields, on average, are not meeting plan. Further, it is also expected that it may take until August for all factories to reach full capacity.
The latest report (July 26) explains that, even though California increased production by approximately 106,000 mT (117,000 sT) from the previous week, the industry needs to get the weekly deliveries at about 908,000 mT (1 million sT) for August and most of September in order to reach the 10.5 million mT (11.6 million sT) estimate. 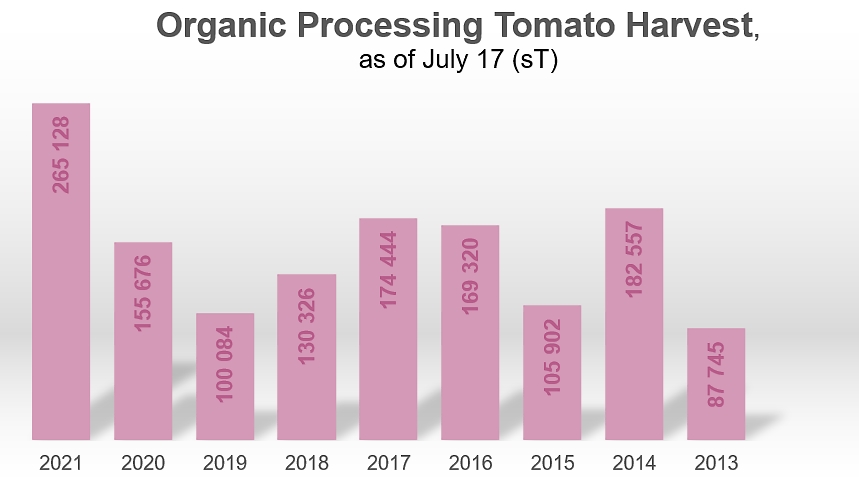 Taking the current figures into consideration, quantities being harvested will bring the provisional processed total to more than 20% of the official target of the season (10.5 million mT or 11.6 million sT). 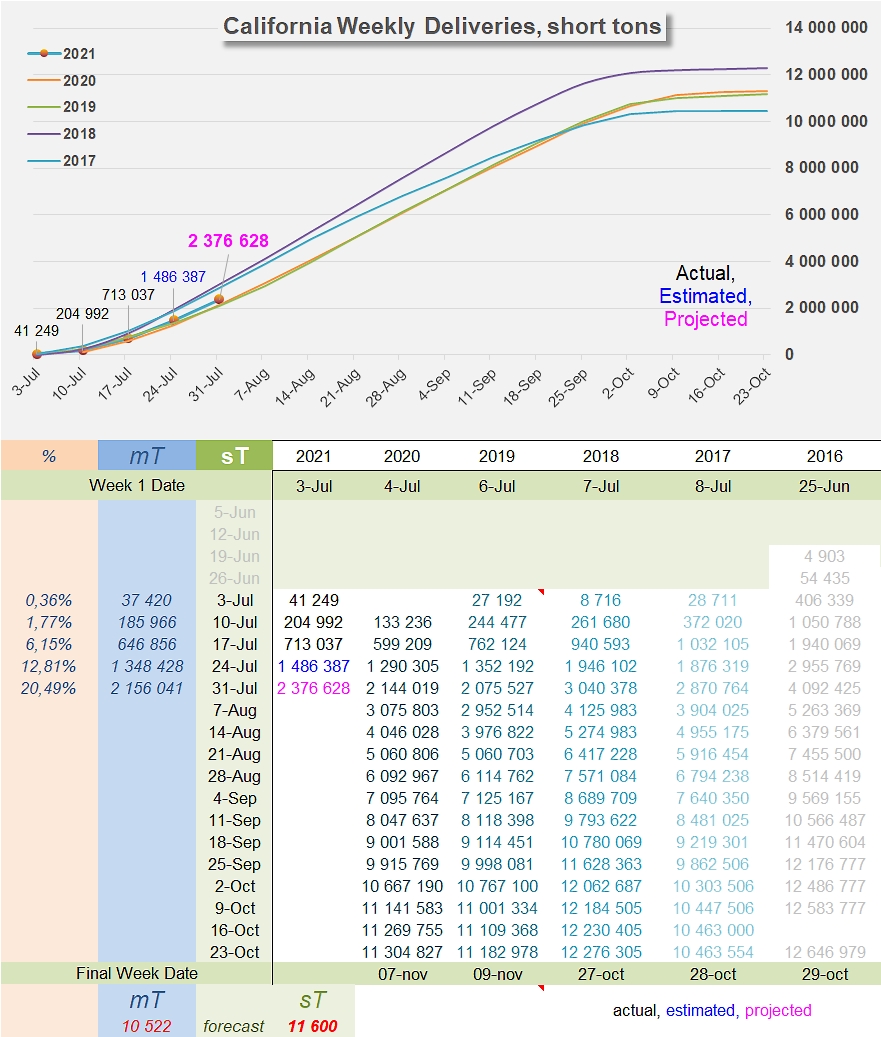 California: Crop situation as of 17 July