California: Crop situation as of 21 August

For week eight ending August 21st, PTAB is estimating 846,707 metric tonnes (mT) (933,335 short tons, sT) will have been delivered to the factories; another 845,278 mT (931,759 sT) are estimated to be harvested in week nine which ends August 28th. Provisional total (5,300,269 mT) at this date would still be 11% lower than the average quantity processed during past three seasons at this time (5,981,012 mT). According to the latest report published by Westcon Foods, “With almost 50 percent of the harvest completed and the weekly deliveries showing a slight drop, it confirms that it will be even tougher to reach the 11.6 million tons estimated by the USDA in May”. 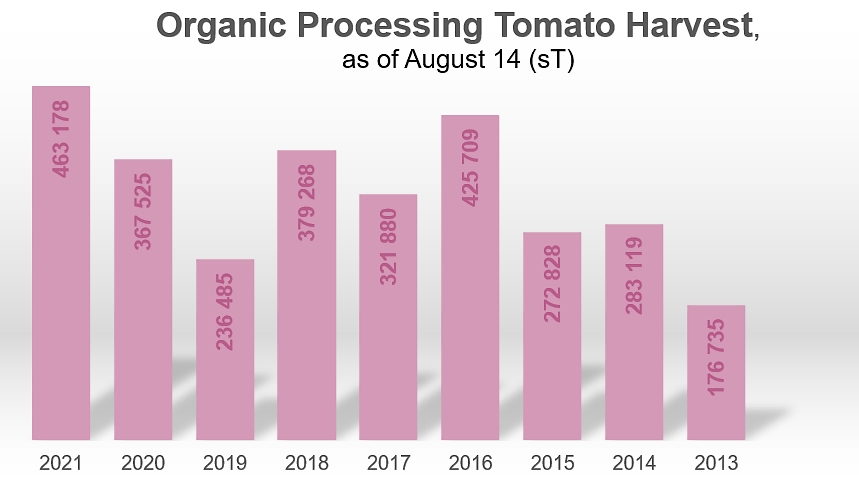 Taking the current figures into consideration, quantities being harvested will bring the provisional processed total just above 50% of the official target of the season (10.5 million mT or 11.6 million sT). 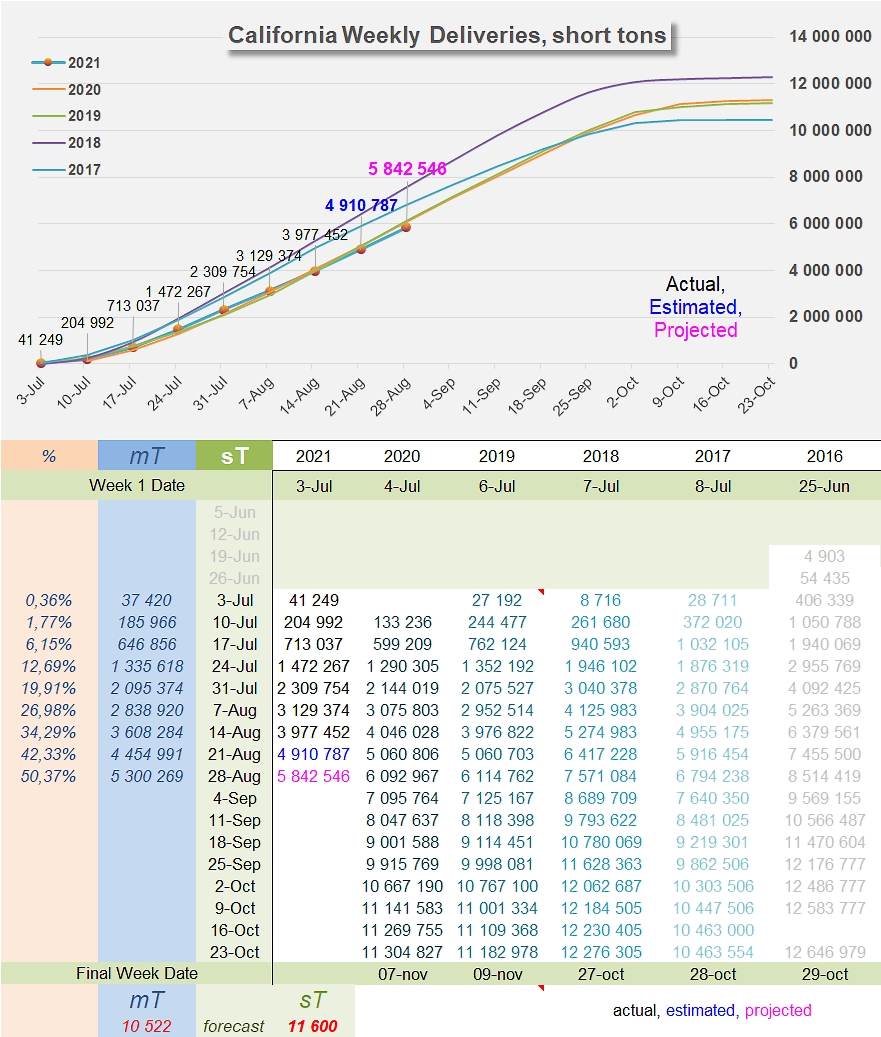 California: Crop situation as of 14 August

California: Crop situation as of 7 August

California: Crop situation as of 3 July