California: Crop situation as of 17 July

For week three ending July 17th, PTAB is estimating 463,908 metric tonnes (mT) (511,371 short tons, sT) will have been delivered to the factories and another 712,870 mT (785,805 short tons, sT) are estimated to be harvested in week four which ends July 24th.
Provisional total (1,362,744 mT) at this date would be 1.8% lower than the average quantity processed during past three seasons at this time (1,387,589 mT).
According to the report published by Westcon Foods on July 19, there are early concerns about the 2021 crop as it has been reported field yields, on average, are not meeting plan thus fewer tons will be delivered working against an already challenged 11.6mm ton intention. Further, it is also expected that it may take until August for all factories to reach full capacity.

The 2021 California Organic processing tomato deliveries for the first week ending July 10th were 83,697 mT (92,269 short tons (sT)). The total tons YTD for week ending July 10th is 121,125 mT (133,517 sT), or 9% of the total delivered quantities. This is the most organic tonnage run at this point, compared to other seasons, due to earlier than average starts (late June) by some processors. 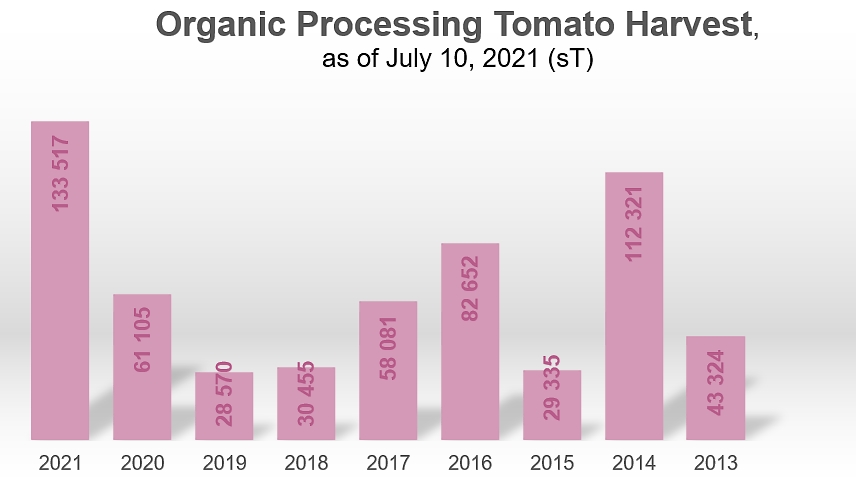 PTAB figures for week ending July 10 state that 7,733 loads were delivered to date, of which 99% were delivered in the Southern region, with YTD solids reaching 4.97 on average.
Taking the current figures into consideration, quantities being harvested will bring the provisional processed total to more than 13% of the official target of the season (10.5 million mT or 11.6 million sT). 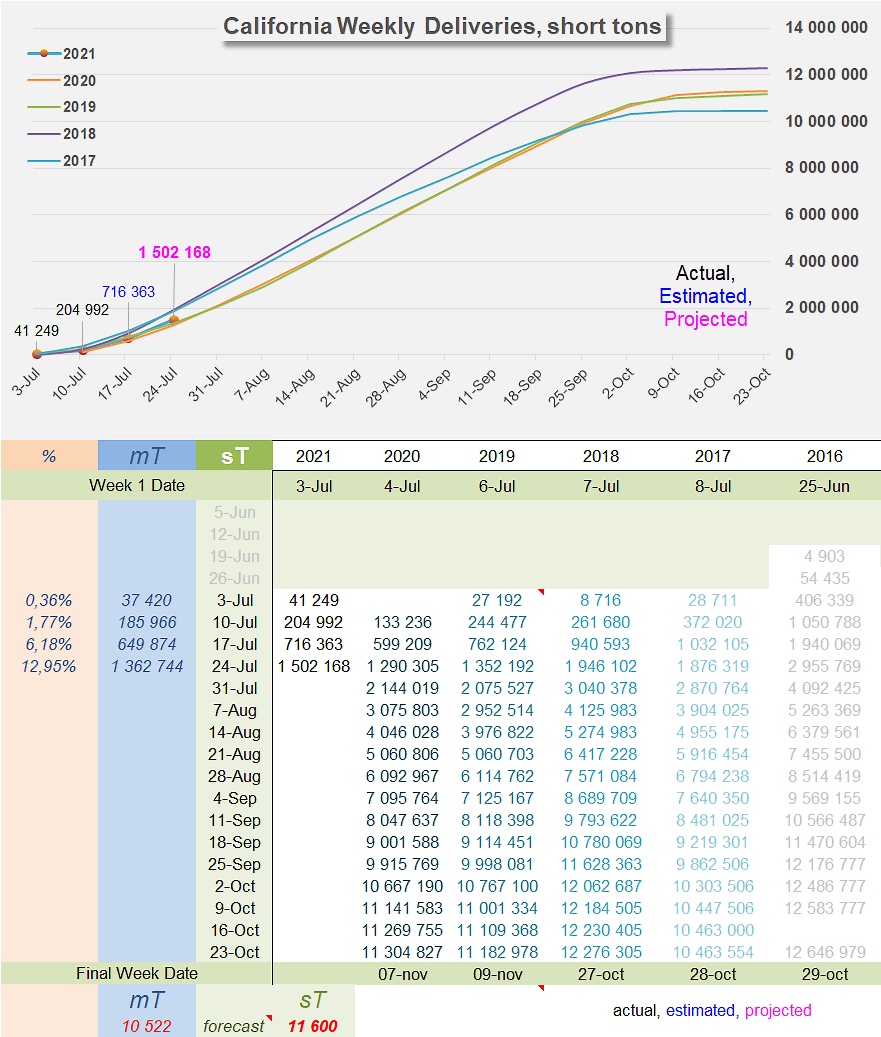 California: Crop situation as of 10 July