Bisphenol B: more dangerous than Bisphenol A?

28/07/2021 - François-Xavier Branthôme
Bisphenol B, an endocrine disruptor for humans and the environment
Bisphenol B is used by some countries as a substitute for Bisphenol A, an endocrine disruptor recognised throughout Europe. However, it is not without danger and a study has now confirmed doubts about its harmful properties for humans and the environment.
Bisphenol B classified as a SVHC substance?
Although not registered under the European REACH (Registration, Evaluation, Authorisation and Restriction of Chemicals) regulation, Bisphenol B (BPB) has been found as a substitute for Bisphenol A (BPA) in biological samples from European populations and in environmental media in China. In the United States, it is registered as a direct additive for food contact coatings and polymers.
As part of the National Strategy on Endocrine Disruptors, the ANSES (the French Food and Environment Safety Agency) has assessed the endocrine disrupting potential of Bisphenol B. On 9th March, the Agency presented the results of its research, which showed similar endocrine disrupting properties to Bisphenol A, allowing the substance to be classified as a Substance of Very High Concern (SVHC) under REACH.
This classification as a SVHC is intended to prevent industrial uses of the substance in Europe as a replacement for Bisphenol A. It will also oblige importers of consumer articles to declare its presence as soon as it exceeds a threshold of 0.1 % weight/weight in their composition. 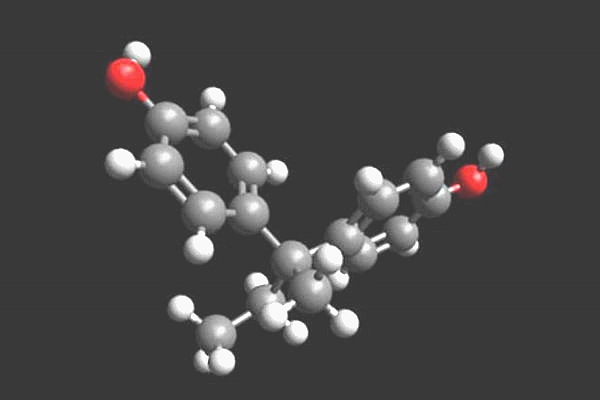 More serious health effects
In the ANSES report on Bisphenol B, the substance fulfils all the hazard criteria and can be defined as an endocrine disruptor.
According to the World Health Organisation (WHO), the substance has, in particular
• Estrogenic action by increasing the production of oestrogens (female hormones) and activating oestrogen receptors
• Adverse effects by altering the male reproductive system with a reduction in daily sperm production and a decrease in the relative weight of the male reproductive organs
• A biologically plausible link between endocrine activity and the above adverse effects
To confirm these risks, the researchers relied on the structural similarity between bisphenols A and B. As a result, in addition to harmful results in humans, it may also alter the stability of species in the environment.
Indeed, according to the ANSES, effects could be added to those of other bisphenols. The similarity with bisphenol A, which has been studied more extensively, shows that it is possible that bisphenol B could induce other effects, for example on reproduction or metabolism, and affect a large number of species.
An endocrine disruptor like BPA
Bisphenol A is an additive used, among other things, to make bodies harder and more transparent. In Europe, this substance has been banned since 2011 for the manufacture and marketing of baby bottles. A 2015 law in France also bans the manufacture, export, import and marketing of any food packaging containing this substance.
Bisphenol A was officially classified in July 2017 at the European level as an endocrine disruptor that may have serious effects. It is the first chemical substance to be identified as a human endocrine disruptor in Europe.
The classification of Bisphenol B as a SVHC could be extended to other bisphenols with similar chemical structures and effects as Bisphenols A and B, which are known to be endocrine disruptors.
Sources: anses.fr, ecomundo.eu
Back