15/05/2019 - François-Xavier Branthôme - Architecture of Trade - Lire en français
Part 1/3
Over the past two decades, the volumes of tomato products exported by the world's main industrial tomato processing regions have more than doubled. In addition to domestic processing activities, which are often insufficient to cover local requirements, consumption needs have increasingly and generally been met by products manufactured on the processing lines of national industries with a global reach like Italy, California, China, Spain, Portugal and Chile. From less than 10 million metric tonnes (mT) in farm weight equivalent in 1997/1998, the volumes shipped abroad have increased almost regularly at an annual rate of 4.9% over the past twenty marketing years, which is a faster rate than the growth of volumes processed around the world, to the point of exceeding 26 million mT in 2016/2017 before dropping back slightly in 2017/2018 to just below that level.
However, in 2019, the growth rate on which worldwide industry operators previously depended to consolidate their development is no longer what it was in 2009, particularly in the specific sector of tomato pastes. The geography of worldwide demand has shifted, the expectations of consumers have evolved, the requirements of remanufacturing operators have changed and competition has been harder to pin down as local initiatives have developed. The industrial and commercial context of "consistent long-lasting growth", in which companies operated in the main processing countries between the middle of the 90s and the beginning of the 2000s, has turned into a context of sluggish growth in which the preeminence of the biggest operators has been progressively eroded by local protectionist measures and the development of processing activities in regions or countries that had previously depended on imports. So the supremacy of a few leading countries of the sector, who had been supplying up to 98% of the world's overall requirements until just before the crisis of 2009, has weakened relatively in recent years: foreign sales of the world's TOP12 exporters only accounted in 2017/2018 for approximately 95% of the world's international paste trade, thereby bringing that group of countries back to the position it occupied on the worldwide scene in 1999/2000. 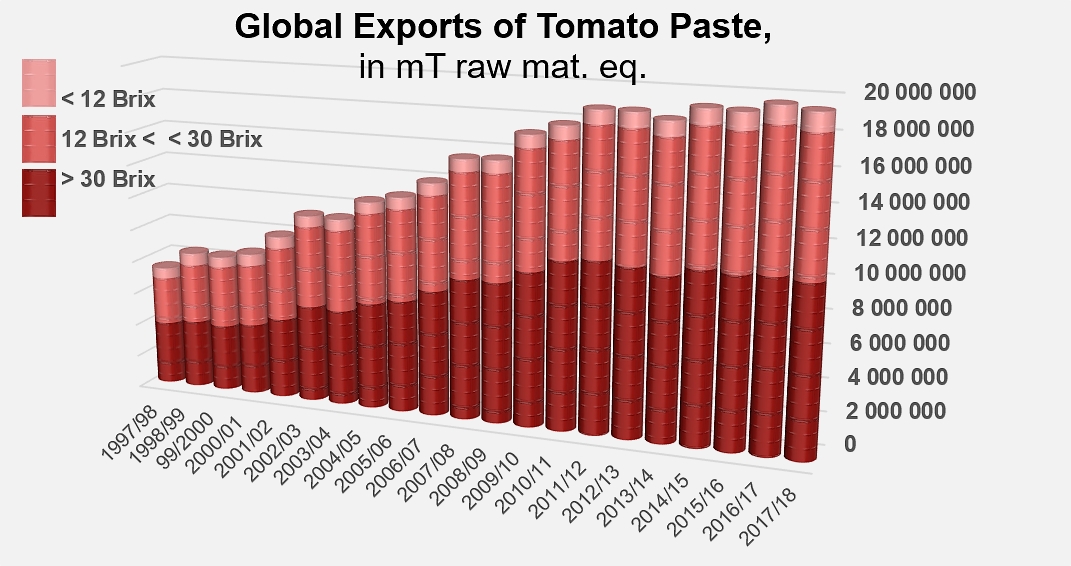 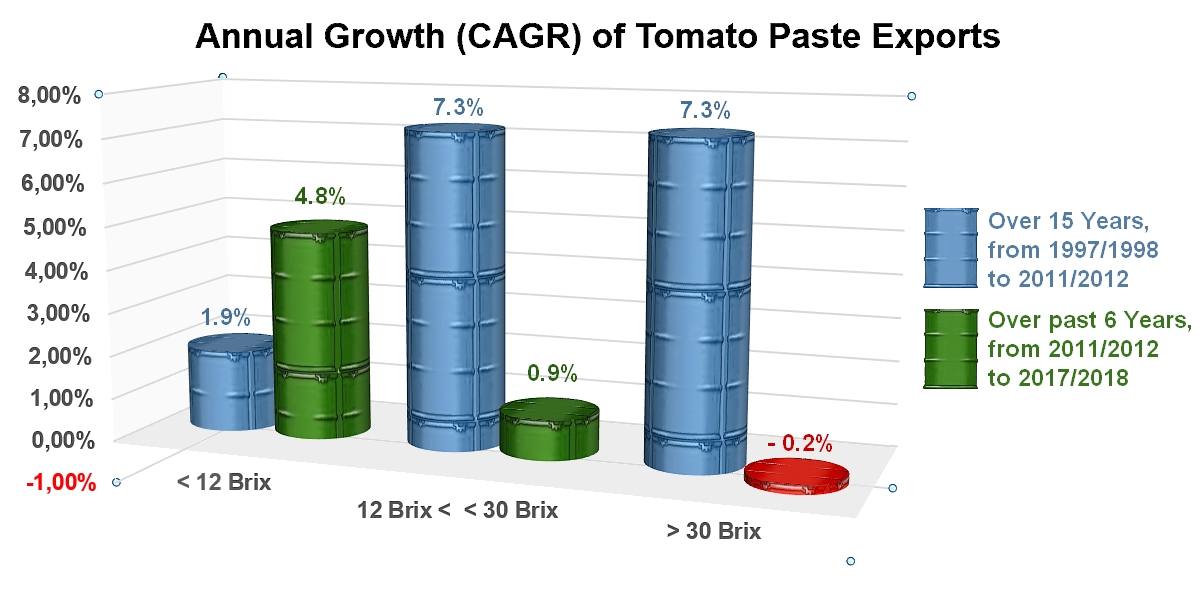 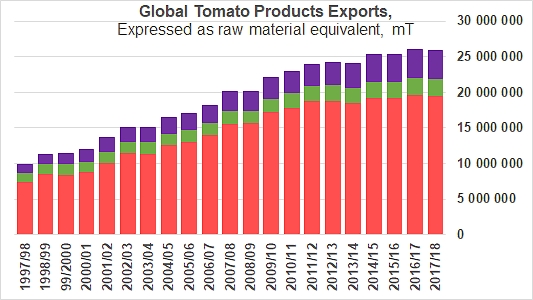