A medal for Josyane and Francois-Xavier 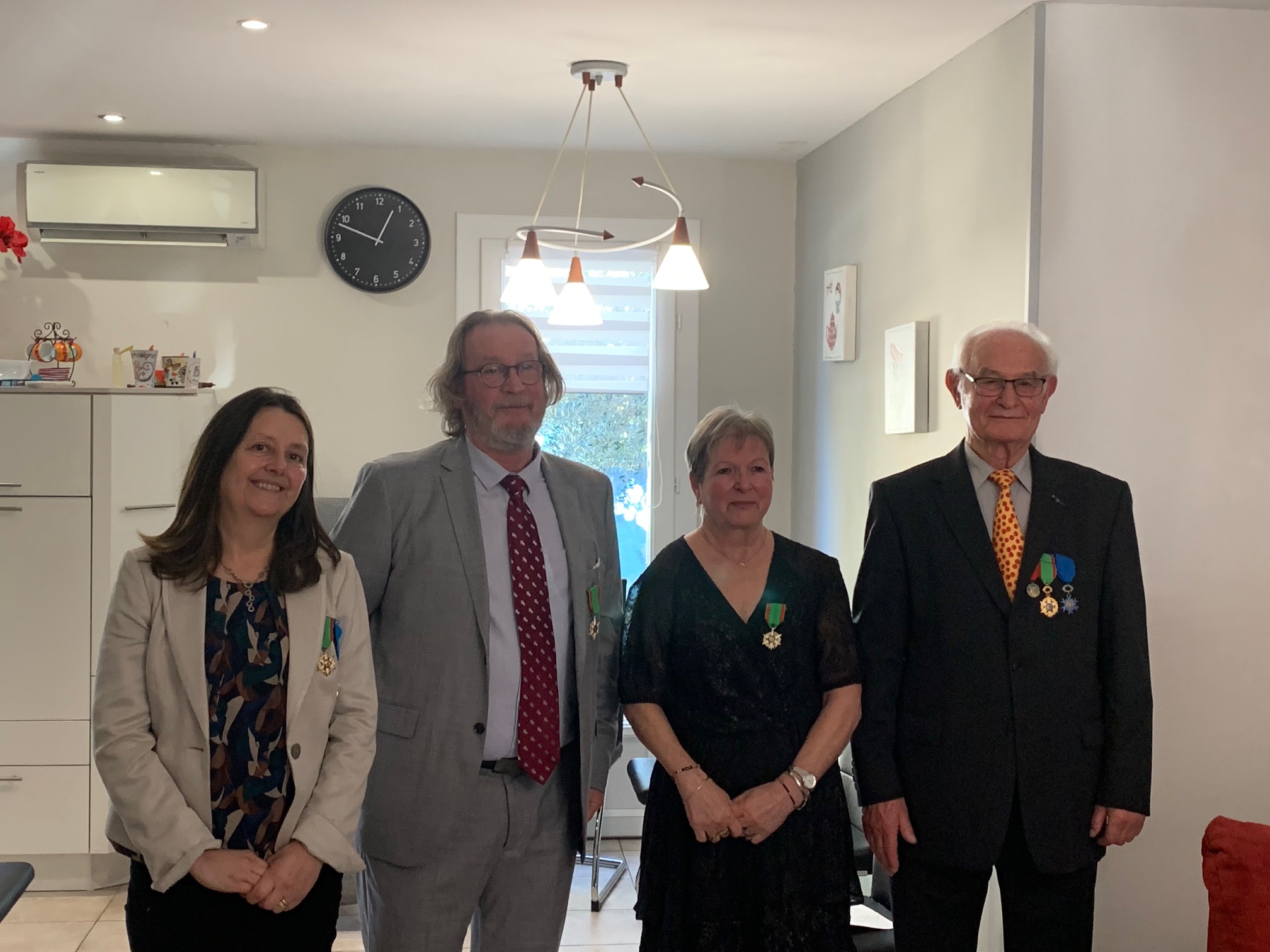 It was time for celebration Saturday 21 January as Josyane Chapelle and François-Xavier Branthôme both received the medal of "Chevalier de l'Ordre du Mérite Agricole" (knight of the order of agricultural merit) awarded by the Minister of Agriculture.

Josyane was sponsored by Sophie Colvine, General Secretary of AMITOM and WPTC for her contribution to publishing Tomato News since its creation in 1990.

Josyane joined the CMITI (Centre Mondial d'Information sur la Tomate d'Industrie) in 1990 as administrative assistant. She then became one of the key people in this small structure, and managed the company from 2004 to 2018. She also managed the financial and administrative aspects of AMITOM and WPTC until 2016. Despite having taken official retirement in 2016 she is still involved in Tomato News SAS, dealing with the accounts and helping with the organization of events and publishing the Yearbook.

François-Xavier was sponsored by Jacques Miklichansky.

Jacques, aka Mik, likes to call himself a "Tomatosaurus", as he started working in the tomato world in 1964. He then was on the board of the SONITO, and was the initiator of what was to become AMITOM. He was also the instigator of the 1st World Processing Tomato Congress in Avignon in 1989, and the creation of the information magazine Tomato News. Jacques has been retired since 2000 but is still joining every congress and has received many recognitions for his work.

François-Xavier started working in the tomato industry in various technical roles in 1976 and was recruited in 2000 by Bernard Bièche to join Tomato News, where he is currently the editor in chief. He has since then written more than 5500 articles and 200 dossiers and is, as Josyane, a key element in Tomato News SAS.

We would like to congratulate and thank them both for their outstanding work.