Based on information gathered early April by the WPTC relating to processing intentions and reference prices negotiated between representatives from agricultural producers and industrial processors, the increase in price for raw tomatoes – which has been a major conversation topic for several weeks – has now been confirmed.
The overview of prices for processing tomatoes remains incomplete, as it only relates at the moment to about two thirds of the processing intentions expected for the 2021 harvest. Nonetheless, it does include information stemming from all the main processing and supply regions. The combination of the volumes involved (25.7 million mT out of the 38.9 million mT expected as of 2 April) and the prices concluded in the EU (Italy, Spain, Portugal, Greece and France), in California, in China, as well as in Hungary and Turkey, results in a weighted global value of approximately USD 90 /mT, which is a 3% increase compared to the indicative value recorded last year (USD 87.1 /mT). This progression is even clearer when compared to the previous harvests, as the 2021 price level (valued April 2) is 7% higher than the average reference price for the period running 2018-2020 (USD 84 /mT). 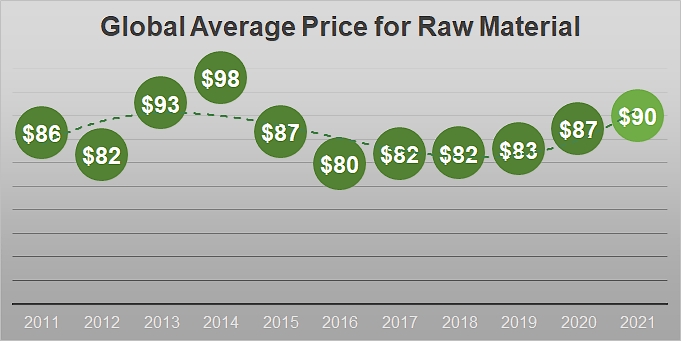 Among the raw materials absorbed by global exports of tomato paste, Chinese processing tomatoes remain the cheapest (at approximately USD 72 /mT). According to local sources: “the price of raw tomato in China is RMB 450-480 /mT, which is RMB 30 /mT higher (almost 7%, and 4.6 USD) than in 2020. According to the US dollar exchange rate (as of March 15, 2021), it is EUR 60 /mT or USD 71.5 /mT. The prices in the three regions are the same.”
As for California, the reference price for processing tomatoes there (excluding late-season incentives and other specific modalities) has been stated this year at approximately USD 84.5 /short ton, which is just above USD 93 /mT, a 5 to 6% increase compared to the price in 2020.

The generalized increase has similarly affected the levels of prices paid for tomatoes as raw material in Europe also. Growth reached 8% in Italy, exceeded 11% in Spain, 9% in Portugal, with the result that average values in Europe (approximately EUR 83.7 /mT) have risen in 2021 by 7% compared to what they were in 2020 and by 10% compared to the average of the three previous seasons (2018-2020). So the indicative reference price for processing tomatoes in Europe (expressed in USD per tonne) remains the highest throughout the world's main processing regions. 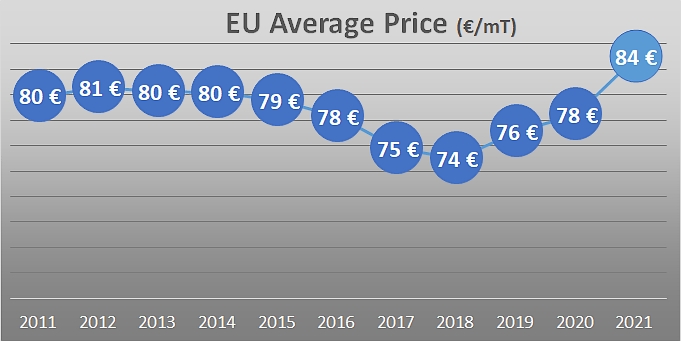 It is also important to note that the increase in the price for tomatoes in 2021 has occurred in a general context of increased production and processing costs. To quote the comments of an Italian processor: “the pandemic has affected the global economy by reducing the GDP by more than 4% in 2020, slowing down and in some cases interrupting entire production sectors. The reduction of the economic cycle has led to an increase of all the commodities like iron, steel, copper, as well as wood, plastic paper. Lack of flexibility in production capacity, sudden and huge requests from China and USA, sharp increases of freight rate in the international logistic, and speculative phenomena have been the main causes of these price increases.”
According to the same source, between March 2020 and March 2021, prices increased for plastics by 120%, steel by 60%, wood by 130%, crude oil by 46%, energy (in general) by 12 to 15%, and carton card by 10%. These increasing costs (as well as the increase in the price of tomatoes as a raw material) have been aggravated by the price of labor, environmental taxes, each tonne of CO2 emitted (in the European system for emissions rights), etc.

The same observation can also be made for other food industry sectors in Europe, and it is similar to what can be said of growers and processors in California (see linked articles). The worldwide industry is currently facing a completely unprecedented situation, positioned as it is between a considerable and unexpected rise in demand and a spectacular increase in costs. These circumstances linked to the Covid pandemic will be a focal point of the debates presented during the upcoming Tomato News conference organized online on June 8 this year: the topic of this next edition will be:
“The global tomato processing industry in 2021: Balanced supply amid rising costs”.

Evolution of processing tomato price levels over past 14 years 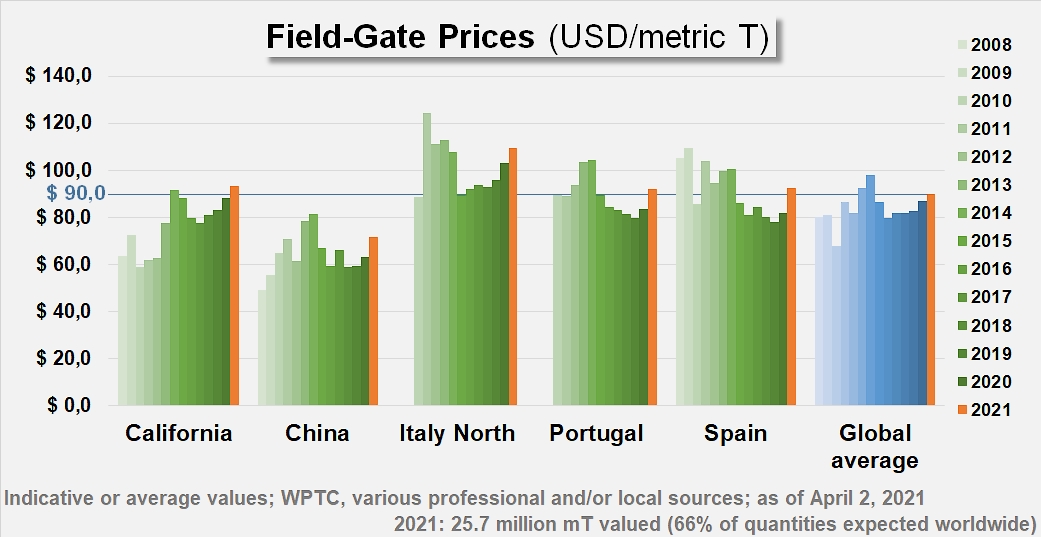 US processing industry: facts and comments on the coming 2021 season

2017: Notable drop in prices this season