21/09/2020 - WPTC , François-Xavier Branthôme - 2020 Season - Lire en français
Only slight adjustments have been made since the previous WPTC statement. As a result, the overall processing forecast as of September 18 stands at 38.131 million metric tonnes, up approximately 750,000 tonnes (2%) from the 2019 season result, but down 1.1 million metric tonnes. tonnes (-3%) compared to the processing forecasts in January. 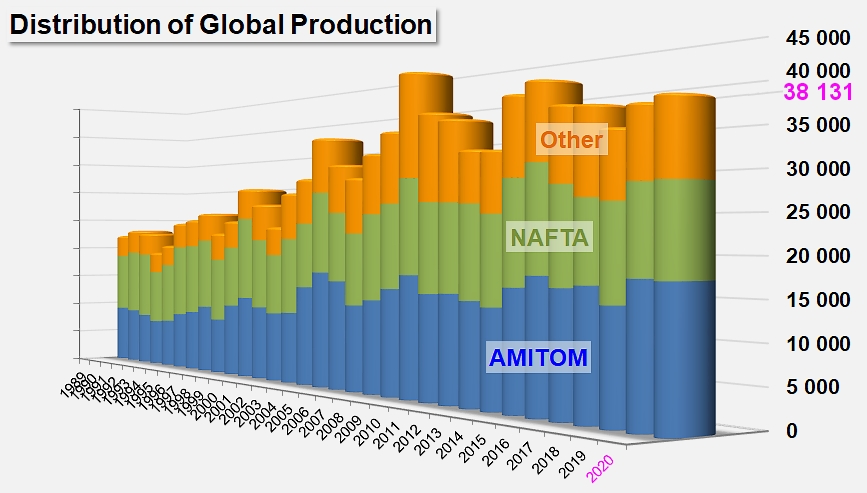 AMITOM countries
In Egypt, there is no change since the last report. All factories in the north are running at full capacity and the weather remains favourable for good yields and a good fruit quality with high brix.

In France, as of 13 September, 100,000 tonnes had been delivered to the factories with an average brix of 4.92 and a refraction rate of 5.85%. Overall quality is good. After high farm yields at the start of the season, they are now back to “normal” levels. Rain is forecast for the next week which may or not affect the harvest. The season should finish by 10 October in the South-east and 20 October in the south-west.

In Greece, the high temperatures at the end of August and during the first week in September accelerated fruit ripening and caused a very high peak in the factories. Consequently, the harvest will finish earlier than expected before the end of September. Quality this season has been one of the best in the last few years with an average brix of 4.9. The shortened crop will mean a lower dice production than planned. The average yields are close to 100 t/ha and the total forecast remains unchanged at 440,000 tonnes.

In Hungary, cold nights delay the ripening of tomatoes, therefore processing may extend to October. Brix is average but yields are definitely bad, so the total forecast is further reduced to 80,000 tonnes.

In the North of Italy, as of 6 September, 2.27 million tonnes had been processed according to OI Pomodoro data, with an average brix of 4.89 and penalties of 5%. Harvest should finish at the end of next week with most factories closing at the end of this week. The weather has been good in the last week with high temperatures during the day. The yields at the end of the crop is higher which means that total production could be higher than the 2.55 million tonnes initially expected at 2.65 to 2.7 million tonnes. New official figures will be available tomorrow. Fruit quality remains good with a much better texture and consistency at the end of the crop, but with as usual a reduction in brix (4.7 average last week).
In the South of Italy, as of 6 September, 2 million tonnes had been processed. Fruit quality is now better, with firmer fruits, but overall processing yield has been poor throughout the season. The harvest will continue for another two weeks with reduced quantities and the total forecast is reduced in the south.
The overall forecast for Italy remains 5.1 million tonnes.

In Portugal, the weather was very hot during the day over last two weeks, with 30 to 36°C, but cooling at night, but temperatures have dropped this week (c. 27°C). The harvest was good during this period although yields are not better than before. As of Sunday 13 September, 70% of the harvest had been achieved. Rain is expected for the next few days which may or not interrupt harvest and reduce volume. For the time being the forecast remains 1.2 million tonnes. The harvest should continue until the last week of September or 1st week in October.

In Spain, the campaign is already finished in Andalucía with average yields lower than usual. In Extremadura 85% of the forecast has already been delivered. In a very difficult campaign, yields of late tomatoes are also pretty low. Rains are forecasted for the next days. Factories will work until the last week of September in Vegas Altas and very likely some days of October in Vegas Bajas. In the Ebro valley, yields are also lower than expected. We estimate now that the final figure could be about 2.7 million tonnes.

In Turkey, the campaign in the North Area has slowed down now and will probably be coming to an end as of next week. There are still late crop tomatoes in the central region of Turkey however most of the factories will stop processing. Until the season is over, we keep our estimate the same.

In Ukraine, the weather has been very good during the last fortnight. To date about half of the crop has been harvested as there is some delay in fruit ripening in mid and late season varieties. The 850,000 tonnes target can be achieved if the weather remains good until mid-October. Brix remains below 5. The price of tomatoes not under contract are affected by the competition of the fresh market. 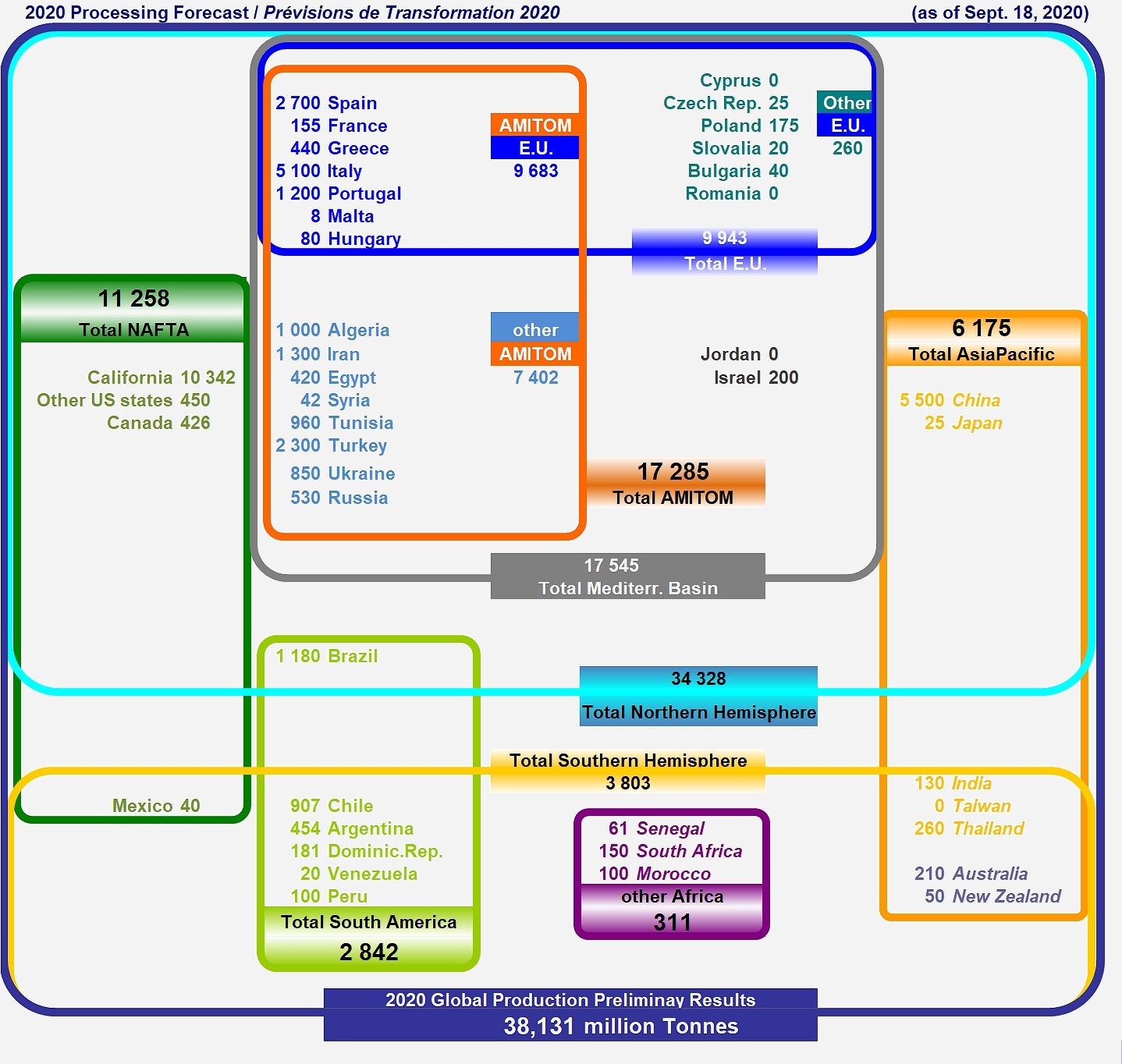 Other countries
In California, the estimate is to process 880,154 tonnes (970,204 short tons) this week. At the end of this week (week ending 12 September) we will have processed 8,182,788 tonnes (9,019,980 short tons). The latest heat wave has passed and current temperatures are close to normal for this time period. As we have reported earlier yields in the South continue to perform below contracted levels. In the North, yields continue to perform at contract at this time. The current estimate is for 10.34 million tonnes (11.4 million short tons) as stated in the latest NASS report.

In China, at present, the rainfall in tomato planting area is more than that of last year, which has a certain influence on the yield. By now, 80% of the total processing volume has been completed, and the harvest will be finished in early October.

In the US Midwest, is has been a very good season so far with minimal interruptions due to rain. Yields continue strong and fruit quality has been excellent. Cooler weather is predicted for a few weeks ahead to help continue a good trend.