In Egypt, the autumn (Nile) crop is ongoing. Quality and yields are good for the few factories including Paste and Juice Company which are currently processing tomatoes.
As the top management of Paste and Juice Company announced during the Tomato News’ conference in Avignon and the Tomato Forum in Cologne, the company is now cultivating its own industrial tomatoes in order to save and supply the needed quantities of tomatoes in high quality to its factories. On 23rd of December, an event is organized by P&J to show the mechanical harvesting of industrial tomatoes with high yields exceeding 40 tons/acre (for more information, contact Mohamed Aboel-Ela, R&D Section Head of Paste and Juice Co, m.aboelela@paste-juice.com). 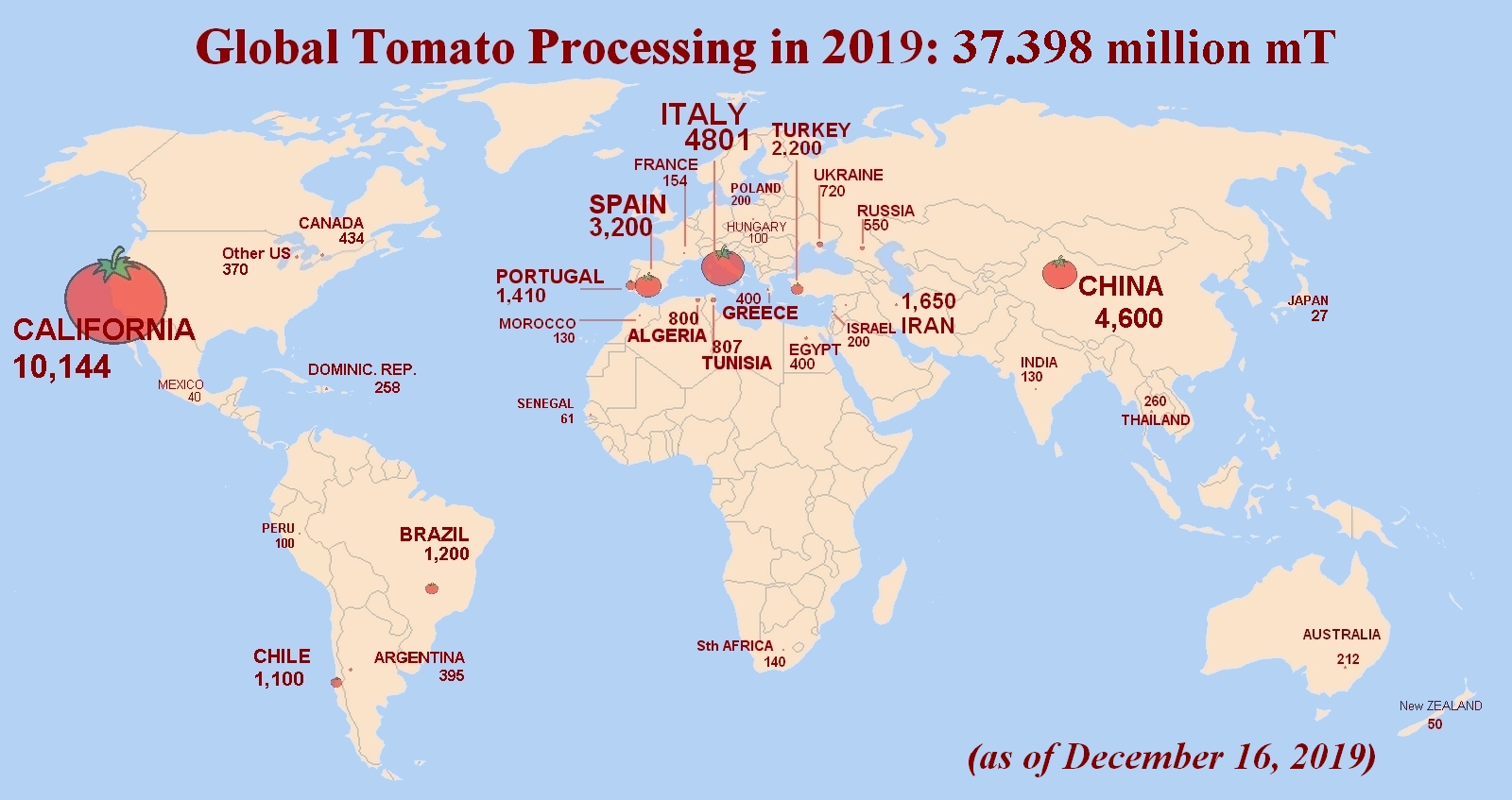 In Australia a total of 1,970 hectares were planted and the volume is estimated at 218,300 tonnes.

In Chile, the surface planted has been reduced to approximately 9.500 hectares because of the serious drought which should also reduce the average field yield compared to the last season (97 t/ha in 2019). With a yield of 90 t/ha, the total production should be c. 855,000 tonnes. All the fields have now been transplanted and the harvest should start earlier than last year around mid-January.

WPTC is currently collecting the detailed final data for the 2019 crop which will be included in Tomato News 2020 Yearbook distributed to all attendees at the World Processing Tomato Congress in San Juan and sold on this website.