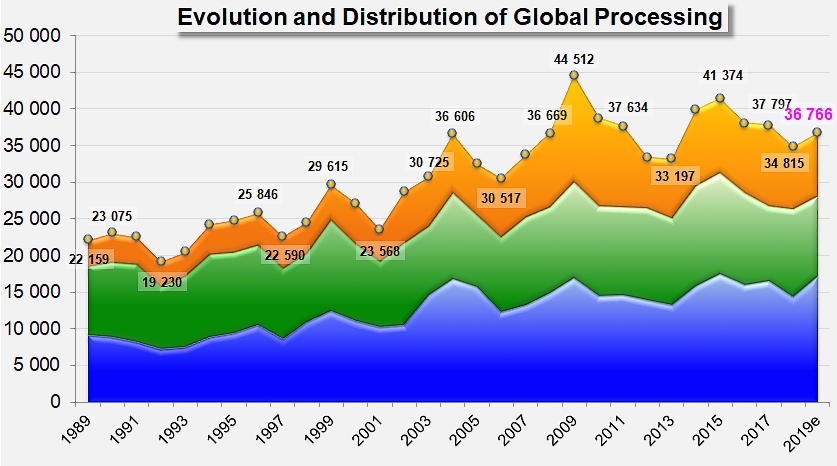 AMITOM members in the EU
In France, at the end of last week 142,000 net tonnes had been received by the factories which will continue next week (week 42) and maybe some the week after in the South-West, but all should close this week in the South-East. Weather conditions remain good. The yields are good, and the quality remains good even if brix falls (but the weighted average remains correct at 4.95). About 7,000 additional tonnes are expected to be processed for a final volume of about 150,000 tonnes, close to the contract level.

In Hungary, the tomato season successfully finished with a one-week delay. The total harvested volume is approximately 100,000 tonnes. Season brix average is nearing 5. The company managed to fulfil all production plans.

In Portugal, the crop ended in week 40 with the last processing unit closing on 5 October. The last harvested fields were again of very good quality and yields remained high. The weather was good and sunny with temperatures decreasing during the night. Considering the yields as mentioned previously during several weeks in the season, Portugal had a slight increase regarding the initial estimation. Even though the hectares planted did not increase compared to crop 2018, the high yields compensated the growers. The final result for Portugal is 1.41 million tonnes.

In Spain, the harvest is already finished in Extremadura with a higher final volume than estimated due to record average yields of over 95 t/ha (last record was 90 t/ha). Fruit quality was also good with an average brix of 4.9. In the North, the harvest will continue for a couple of weeks. Yields are better for the late crop than they were for the early and mid-season varieties. The total volume is now estimated at 3.2 million tonnes. 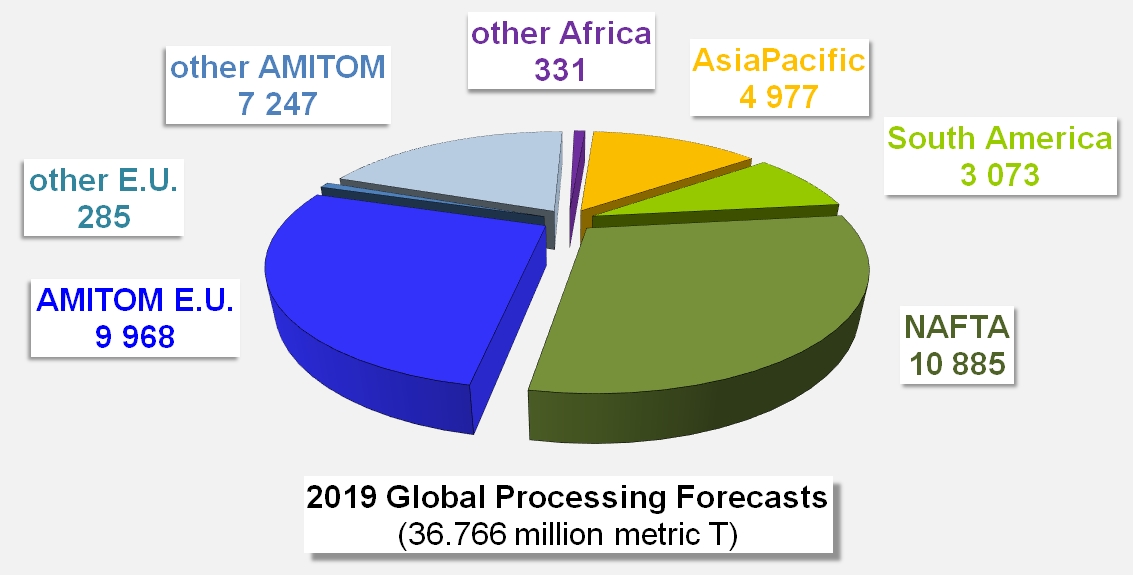 Other AMITOM members
In Egypt, the last loop of summer season is delayed until the second half of October, and consequently harvesting is slow. There is nothing new from the last situation, all processors are waiting, and it is expected to start processing within a week.

In Iran, thanks to the good weather the forecast of 1.5 million tonnes will be met. Tomatoes will be harvested until the end of October. In Russia, current weather in October allows to harvest raw tomatoes that are still in the fields. Harvesting is slowing down with the two plants still open expected to finish on 20th October. Quality is ok, with average brix of 4.5. The estimated volume remains 550.000 tonnes.

In Turkey, the final crop is estimated at 2.2 million tonnes. In Ukraine, the season is running to the very end. By now 710,000 tonnes of tomatoes have been processed. Most processors have closed their doors. A few small processors will work till 15 October. Most likely latest forecast will not be achieved, and final number should be approximately 720,000 tonnes.

In Ontario (Canada), overall, harvest conditions were excellent with tomato quality being reported as very good with strong yields achieved. All processing facilities are currently wrapping up the season and will be finished by the end of the week, taking slightly over contracted tonnage.

In Japan, the total estimated volume remains 25,000 tonnes from 430 hectares. 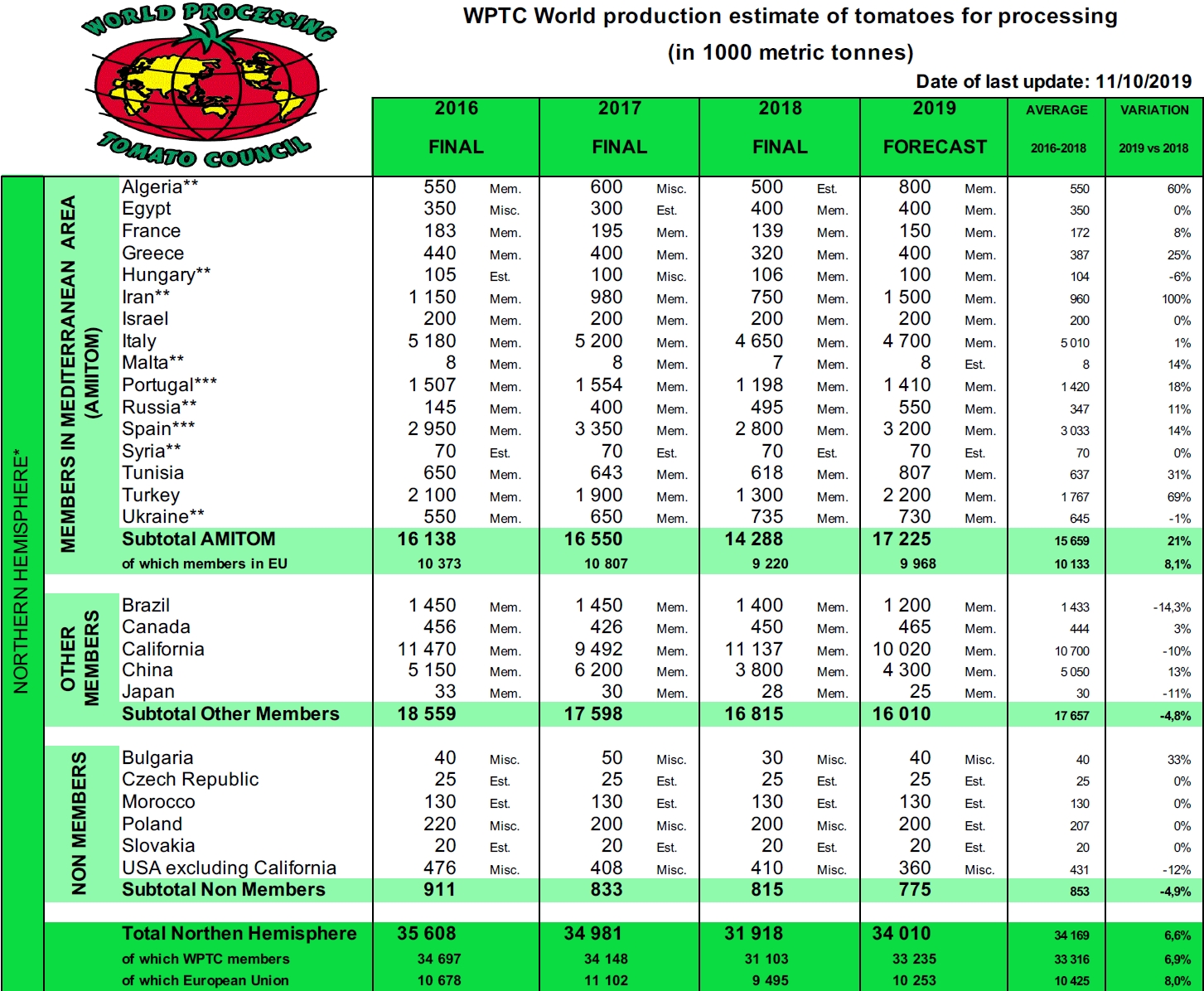 Other countries
The USA Midwest continues to experience very good harvesting condition with the exception of a few areas that have received excessive rain. Harvest is expected to be finished on 15 October. Yields have continued to improve and quality at the end of the season is excellent.

Forecast for the 2020 crop
In Argentina, the detailed area analysis will be done in November, but it is expected that 5,660 ha will be planted for a production of around 430,000 tonnes. To date, about 2,500 ha have already been planted.

In Chile, following the most serious drought in fifty years, farmers want to plant smaller surfaces than usual. Processors are still trying to negotiate contracts but expect a 15 to 20% reduction in surfaces planted, to between 9,600 and 10,100 hectares. In Peru, the plan is to process 110,000 tonnes from 750 hectares. 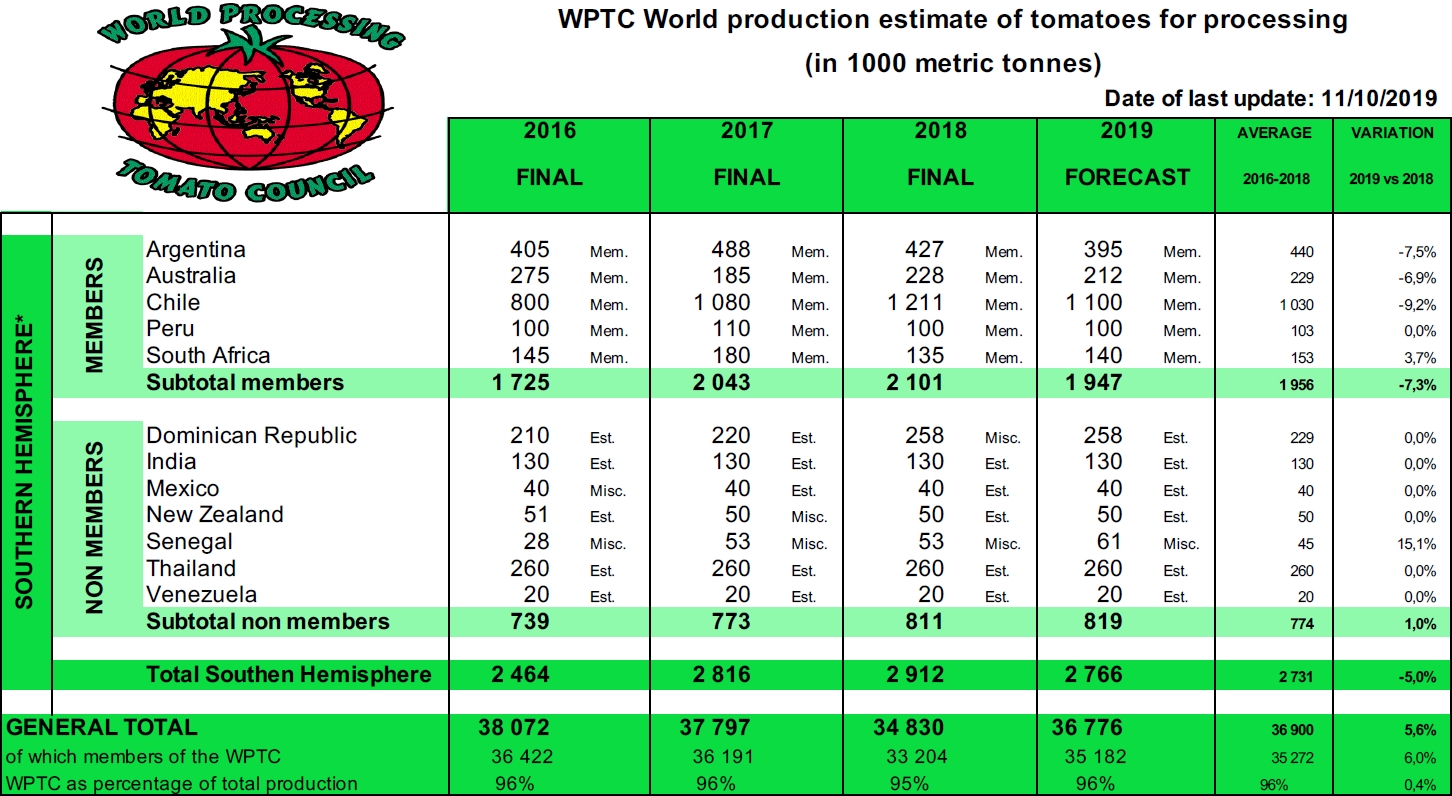