It is becoming increasingly likely that the threshold of 37 million tonnes will not be exceeded in 2019. Difficult weather conditions have affected the crops in several countries and if operating prospects have been maintained as of mid-August, it is largely because there are several weeks still to go before the end of the season and the industry has invested a lot of hopes in this period of time, despite the fact that it presents a number of hazards. In this context, the USDA will publish at the end of August its new estimate of the volumes processed by the US industry, a figure that is likely to confirm a fallback of approximately 5% compared to initial targets, which has already been mentioned in our weekly reports. 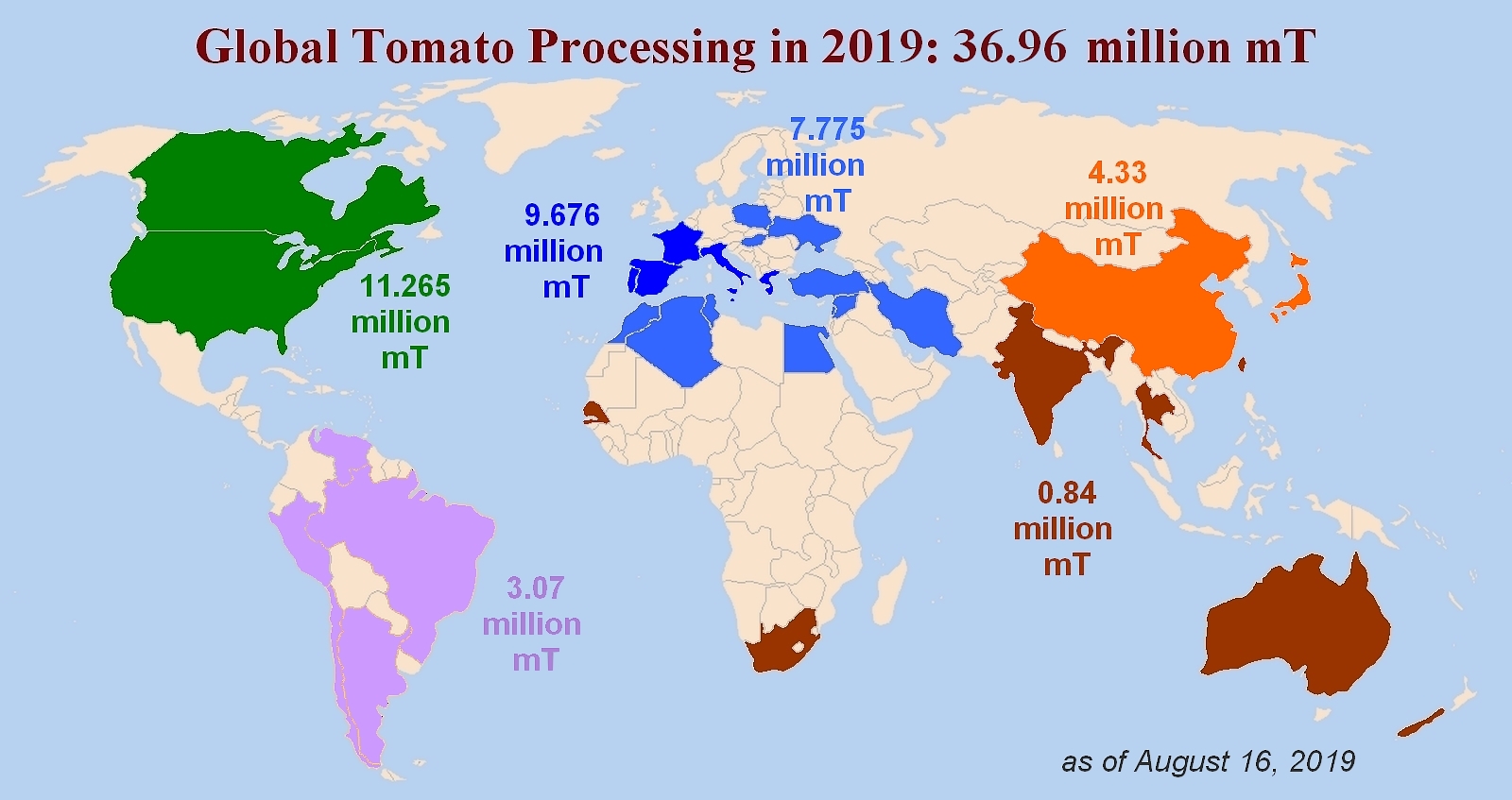 The estimate carried out on 16 August by the WPTC (36.962 million mT) indicates the first increase in worldwide processing operations since 2015; this progression amounts to slightly more than 2.1 million mT (+6%) compared to the 2018 season. However, forecasts published on 16 August are virtually identical to the average results of the three previous seasons (36.895 million mT).

More than half of the world's processing volume is produced in the European Union and in California.

The main regions each depend on one or two big processing countries: California, Italy and Spain/Portugal, China, Turkey and Iran, Brazil and Chile. But all of these countries do not play the same role on the worldwide markets. 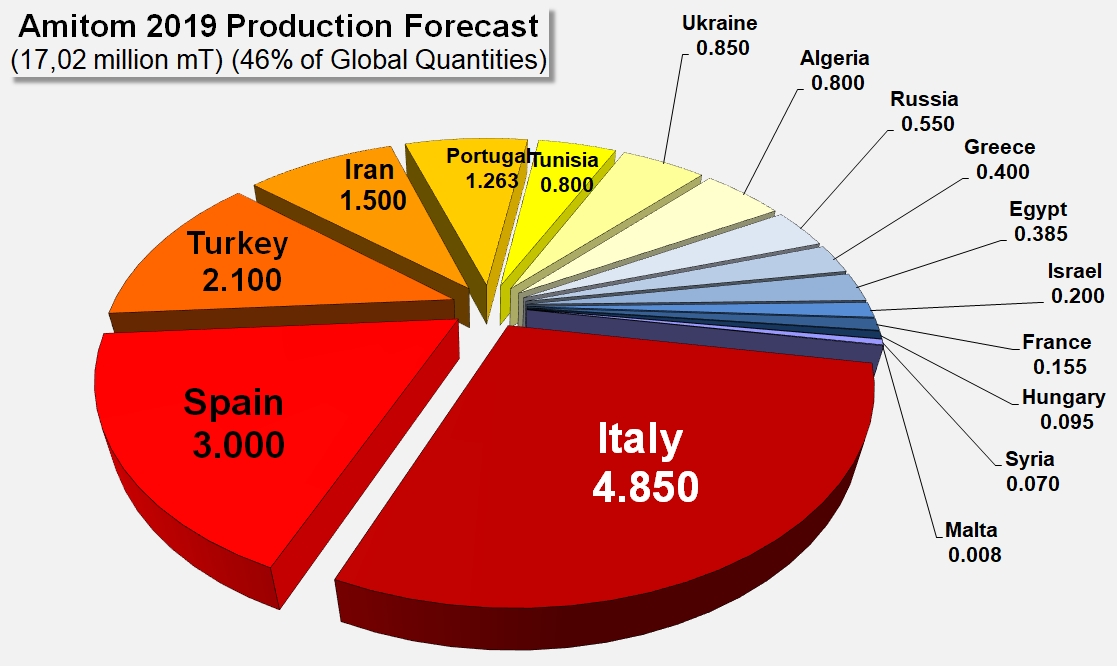 The AMITOM, being the world's biggest processing region, includes half a dozen of the main processing countries. Several of these countries are leaders on the worldwide market. A number of them hope to develop their operations, both on the domestic market and on foreign markets.
Volumes programmed in Italy account 13% of worldwide operations. Spanish processing prospects amount to 8% of the world's total, while operations planned in Turkey amount to 6% of this total. 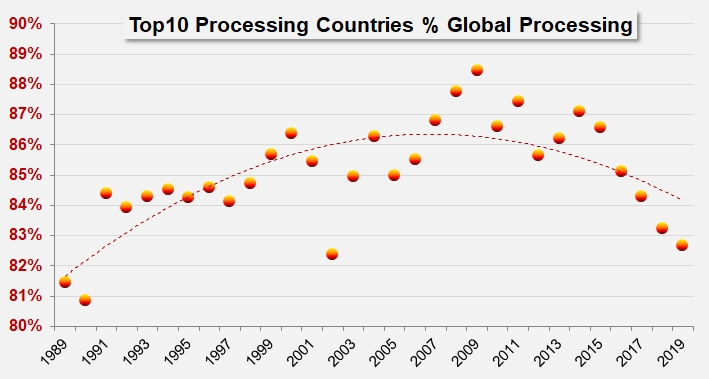 The influence of the ten main processing countries has tended to decrease at a worldwide level over the past ten years approximately. 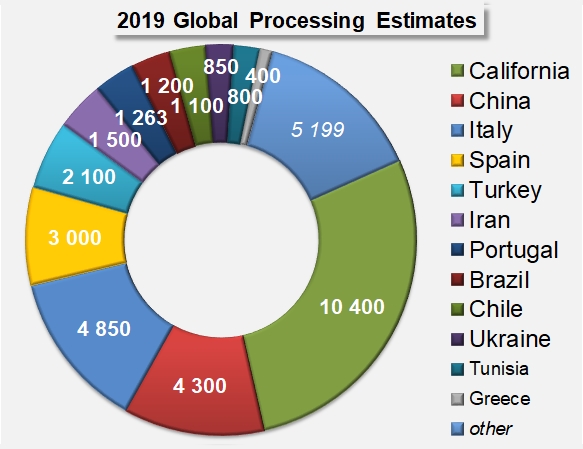 Production prospects of the world's Top10 tomato processing countries account for less than 83% of worldwide operation forecasts for the 2019 season.