28/05/2019 - François-Xavier Branthôme , WPTC - 2019 Season
The Tomato News Conference hosted in Avignon provided the opportunity for operators of the worldwide industry to update on the processing prospects of the 2019/2020 season. According to figures published by the WPTC, the global tomato industry is planning to process 37.84 million metric tonnes (mT) in 2019.  For the time-being, these are just forecasts and it should be remembered that the volumes planned last year at the same date (7 May) amounted to 36.1 million mT for the 2018/2019 season, with final results not actually exceeding 34.8 million mT. 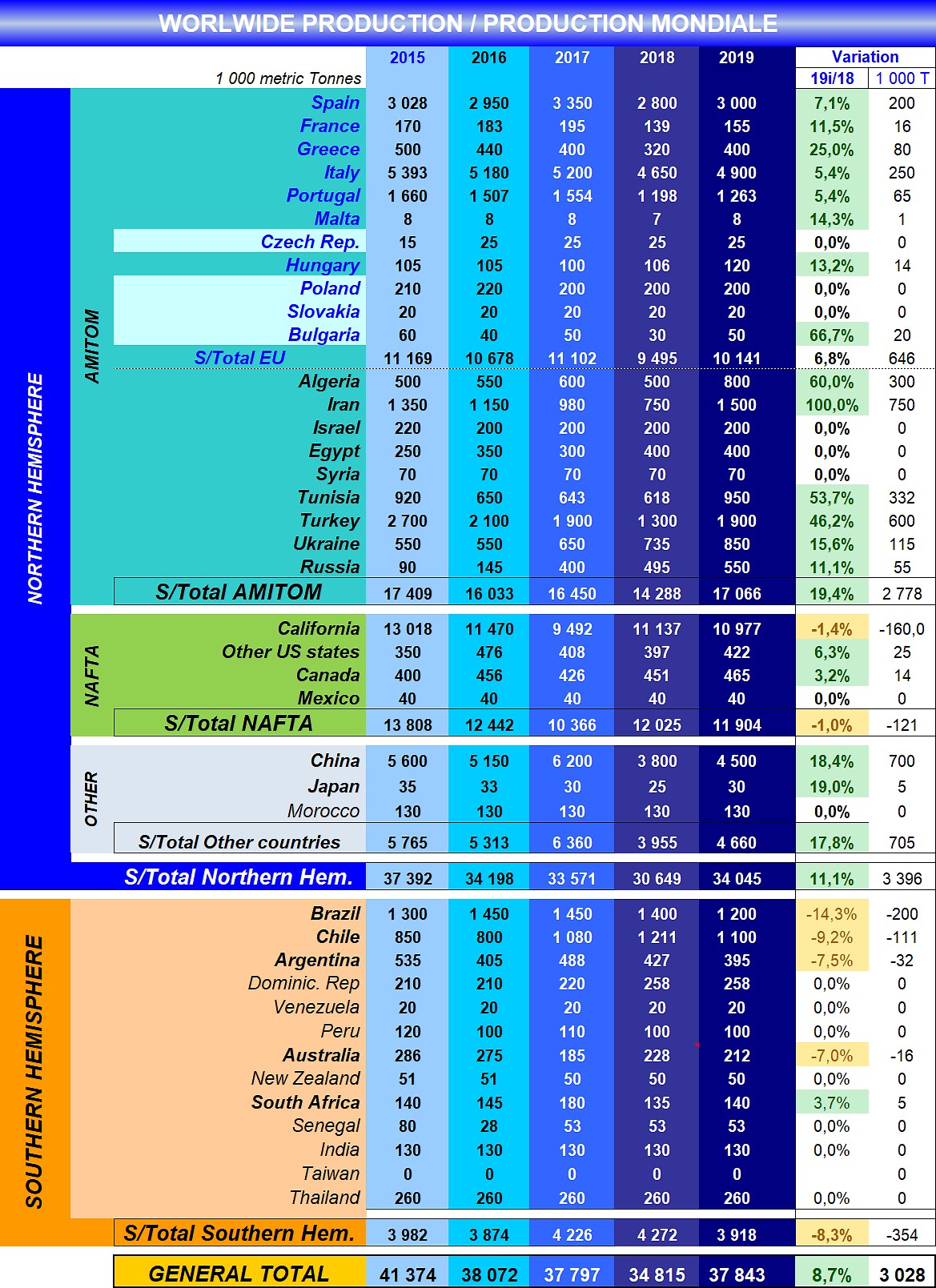 According to forecasts as of 16 May, the expectations of the worldwide industry for 2019 have reportedly increased by 3 million mT compared to the final result of last season and by approximately 2.5% compared to the average of the three previous marketing years.

The distribution of the volumes expected to be processed remains similar to previous years: according to the current pattern, the Mediterranean rim should account for slightly more than 45% of worldwide volumes, while the North-American continent is expected to account for slightly less than 32%. The remainder of 2019 operations – less than 25% of the total, should be achieved by the processing countries of the Asia-Pacific region and the South-American continent. 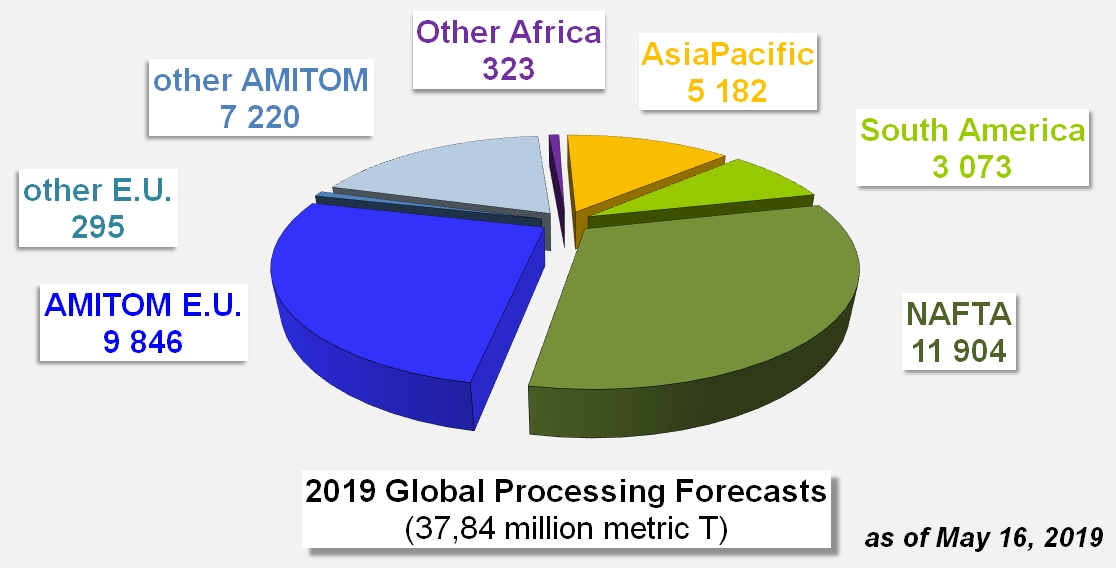 Within the AMITOM, several countries have planned a slight increase in the levels of operations, though most of them intend to maintain their quantities just below the average volumes processed over the past three seasons. 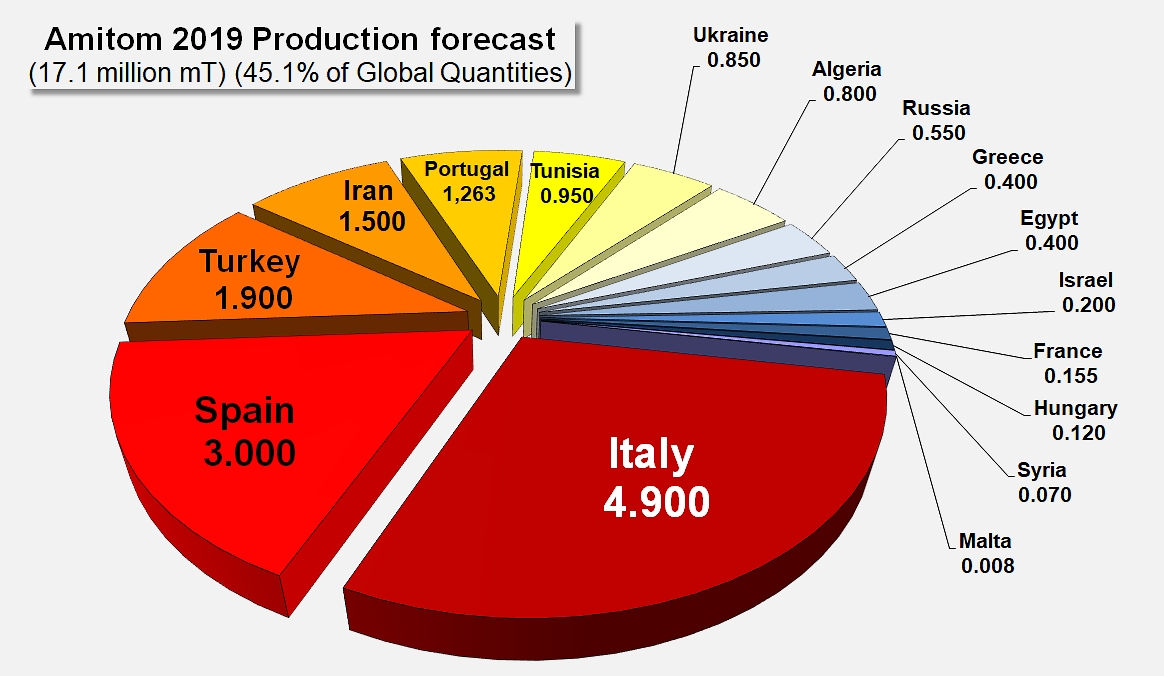 However, weather conditions in the spring have been fraught with frequent and sometimes violent rainfall, notably in California, and temperatures have fallen below seasonal averages, particularly during May in Europe (see our connected articles), which could have an impact on the global volume. It is still too early to estimate the effects of these unseasonal weather conditions on the crops and we will be returning to this topic with more precise evaluations in the coming weeks. 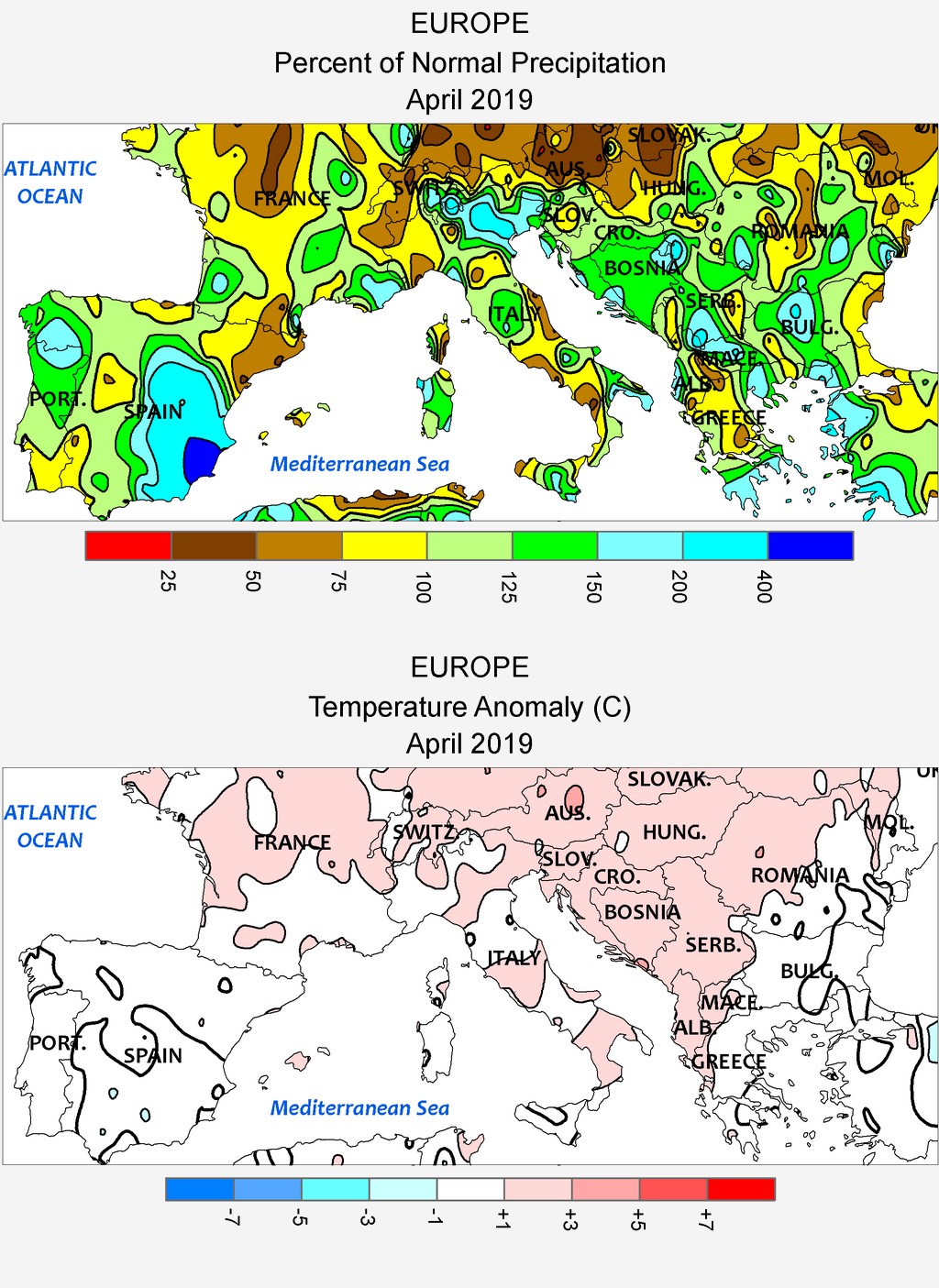 Some complementary data
Evolution of the annual quantities processed within the three main production regions.

For information, the temperatures recorded in the different processing regions (from Lisbon to Urumqi) as of 21 May at 17h00 UTC were in several instances slightly lower than normal for the season.

Breaking News: Snow, hail and flooding hit California - in May!