According to crop data provided by the CTAEX, a total volume of 2.951 million metric tonnes (mT) has been contracted for the 2020 season in Spain, to be harvested on an area of 30 990 hectares.
Extremadura remains the leading region for growing and processing tomatoes, accounting for about three quarters of the surfaces planted and the quantities anticipated. Andalusia plans to produce a quarter of the country’s volume, grown on just under a quarter of total Spanish tomato surfaces. Around 1% of the surfaces dedicated to processing tomatoes are located in the country’s other production areas, mostly in the Ebro Valley.

In Extremadura, preliminary contract information collected by the Mesa del Tomate association shows that the quantities to be processed this year by the fourteen companies located in Extremadura represent 2.094 million mT, grown over an area of 22 881 hectares. Agricultural yields for the region are expected to be around 91.5 mT/ha. 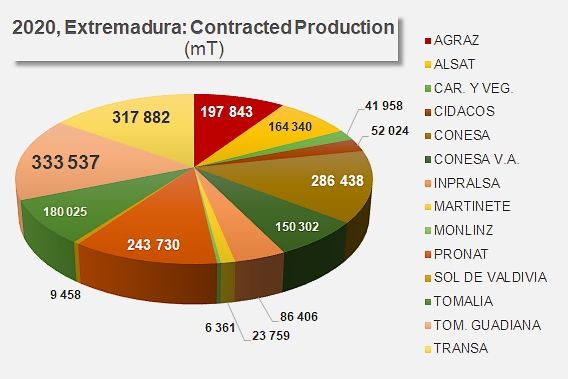 Agricultural yields forecast in Andalusia are significantly higher, at approximately 105 mT/ha. Three companies are expected to share just under 708 000 mT of tomatoes, to be harvested from surfaces covering 6 751 hectares.
Finally, 33 930 mT are expected to be processed in the half-dozen factories operating in the other regions of Spain, grown on an area of around 400 hectares. The average yield of this portion of the country’s industry is due to be lower than in the two main regions, reaching about 84 mT/ha. 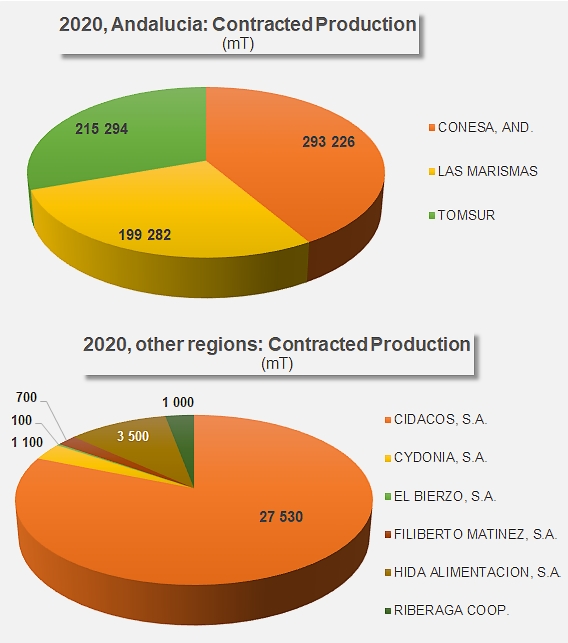