Record exports of EU processed tomatoes according to EU report 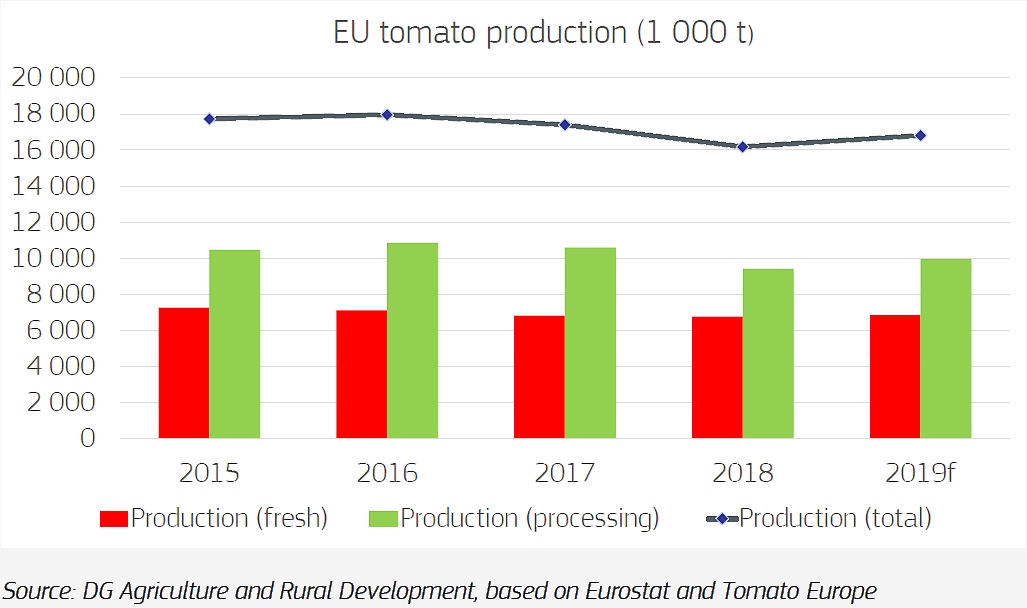 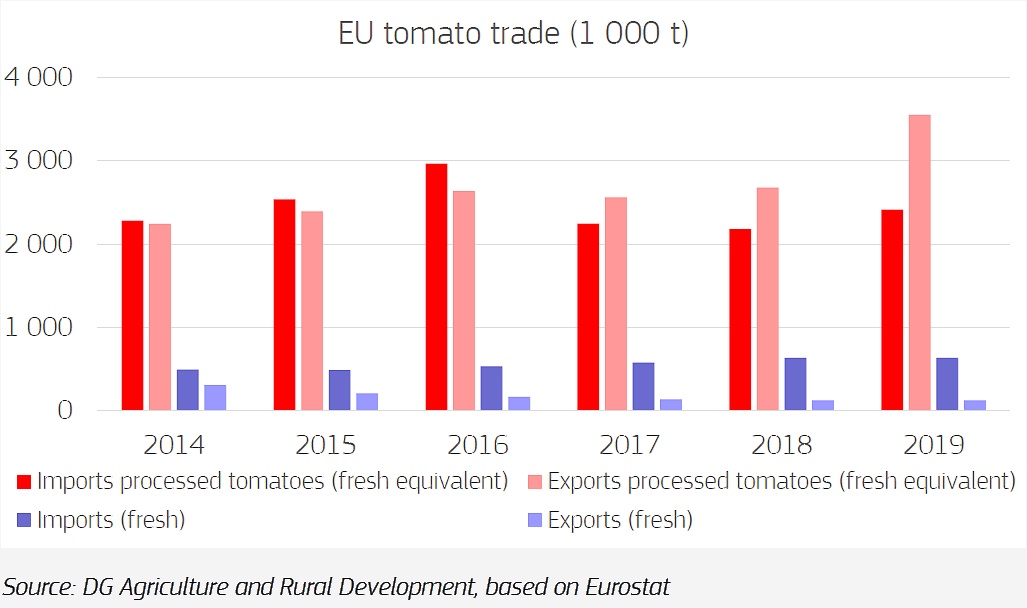 The elements presented in this October report are forecasts, to which the information collected by AMITOM during November obviously adds important details. As of 19 November, the quantities processed in 2019 in the European Union were estimated at 10.358 million metric tonnes (mT), up 9% compared to the previous season (2018) but in all respects similar (-0.6%) to the quantities processed on average during the three previous seasons (2016, 2017 and 2018).

As regards trade, the EU report estimated that 2.4 million tonnes (fresh tomato equivalent) of products were imported in processed forms into the EU, and that 3.6 million tonnes (fresh tomato equivalent) were exported by the EU in processed forms. According to the Commission, this data shows an increase of nearly 11% in the trade flow entering between 2018 and 2019, largely offset by a spectacular increase (32.7% over the same period) in the quantities of raw materials used for exported products. The data in the report, which was only based on trade with third-party countries (therefore excluding intra-Community trade), shows a significant rise in the EU's trade balance in 2019 for industrial tomato products, which, if the forecasts are right, could grow from about 500 000 mT in 2018 to more than 1.14 million mT (fresh tomato equivalent) in 2019.
For the record and for comparison purposes, at the time of writing this article, the data available for past marketing years (as at 30 June 2019) and for all the exchanges involving the 28 EU Member States (trade with third-party countries and intra-Community trade combined) confirm a significant increase in the results of the 2018/2019 marketing year compared with the average of the results of the three previous years. Driven by significant developments in the trade balances of the canned tomato category (+6%), sauces & ketchup (+6.4%) and particularly pastes (+69%), a rapid analysis of the trade-flows and their equivalent values in raw materials seems to indicate that the total European trade balance for tomato products has progressed in 2018/2019 by more than 900 000 mT compared to the average performance of the marketing years 2015/2016 – 2017/2018. 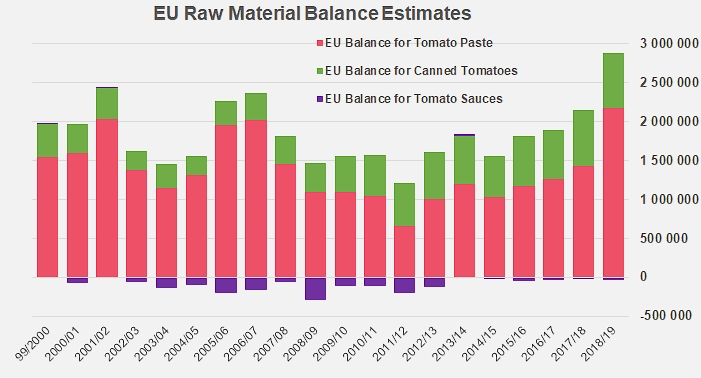 Rough estimate of EU trade performances
Some complementary data:
Graph table summarizing production, trade and estimated consumption of fresh and processed tomatoes in the European Union over the past five years. 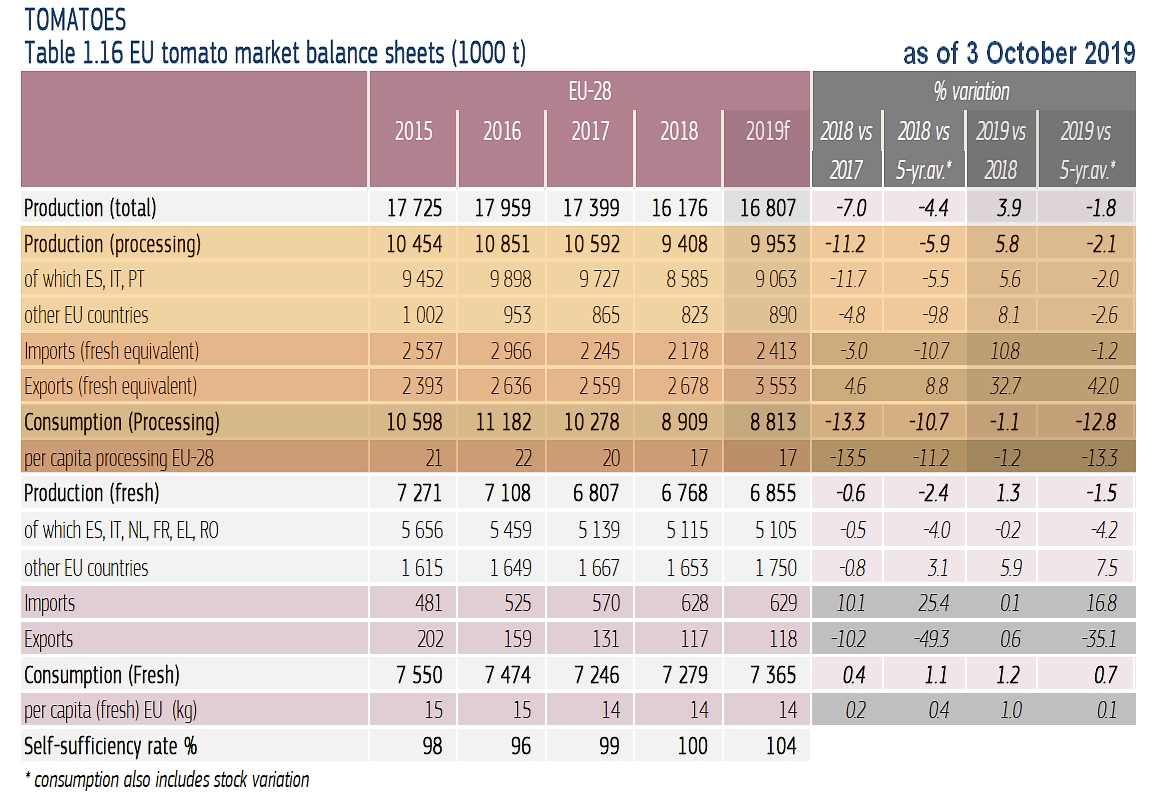 The full report can be found here or below:
EU_short_term_outlook_autumn_2019_en