01/06/2018 - François-Xavier Branthôme - Lire en français
At the end of May, Pomì, the flagship brand of the Casalasco Tomato Consortium, presented its new digital multilingual platform allowing a centralized and optimized management of thirteen new websites and social network resources (all of them accessible from the Italian homepage www.pomionline.it). 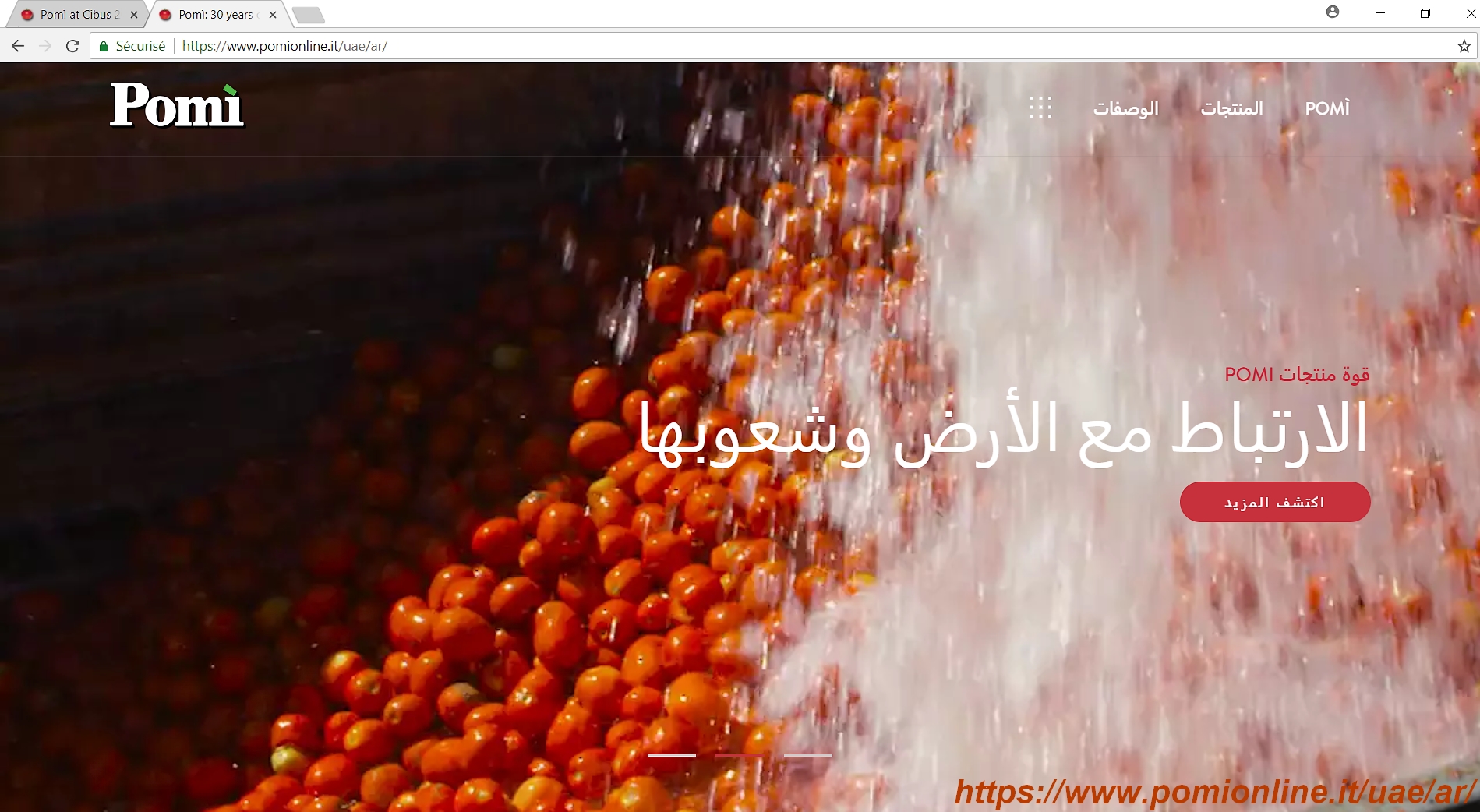 La forza di Pomi
Il legame con la terra e la sua gente
The strength of Pomi
The relationship with the earth and its people
La force de Pomi
Le lien entre la terre et ses gens
https://www.pomionline.it/it/
This new resource is aimed at markets where the brand is already present and well established, and at countries that are considered as strategic for the development of the company's operations. In particular, this platform will allow the automatic sharing of common contents between the different sites, as well as the standardizing of information and posts according to the usages and customs of each country (in the country's official language).
The platform is aimed both at consumers and professionals. For the company, this tool is an opportunity to launch a permanent dialogue with consumers and identify specific needs and demands. The websites briefly describe the processing industry in each country and present specific ranges of products.
The project will be operational in Germany, Austria, Russia, United Arab Emirates, Lebanon, Bahrain, Jordan, Saudi Arabia, Japan, Canada and Guatemala, and will consolidate its presence in Italy and in the United States, where the online visibility of the brand is already considerable.
Source: ilpiacenza.it/economia, pomi.us.com/en-us
Related companies