Italy: the processing season comes to an end

01/11/2019 - François-Xavier Branthôme - 2019 Season
Total quantities processed in Northern Italy amounted to 2.36 million mT: this is 18% less than the contracted quantities, because of unfavourable weather conditions.
The last loads of industry tomatoes were delivered in Northern Italy during the week 43, at the same time the CibusTec was held in Parma. The campaign can be considered over and it is already possible to make an assessment.

The Pomodoro da Industria del Nord Italia Interbranch organization confirms that 2,366,508 metric tonnes (mT) had been processed on October 13th, i.e. almost 82% of the quantities contracted at the start of the tomato campaign in northern Italy and in line with last year. Farm yields have dropped: 65 mT per hectare in 2019 against a five-year average of around 70 mT. Considering Northern and Central-Southern Basins, the overall production on a national level has been estimated at around 4.8 million mT.

The quality of the tomatoes processed in the north is good and in line with the past years, as shown by the Brix average level of 4.76. Overall, 36,600 hectares of processing tomatoes were cultivated in Northern Italy, more than last year.

"Around 18% of the initially contracted tomatoes is still missing, but the low yield per hectare is what mainly affected the outcome. This is because the 2019 season was confronted, especially at an early stage, with numerous climate problems; we had to deal with rain and cold temperatures in May, which in different zones have involved a forward shift of even a couple of weeks of the transplanting operations. What is more, the heatwaves that followed hindered the homogeneous development of plants.
This is a scenario which once again shows how the issue of climate change must be tackled effectively. The figure for this year’s deliveries is only slightly lower than last year’s figure because, despite a larger area, yields per hectare were much lower than expected. The good weather in September and October helped us recover quantities. Tomato harvesting did not continue for longer than the third week in October over the past few years," reports the president of OI Pomodoro Nord Tiberio Rabboni.

How hectares are divided up 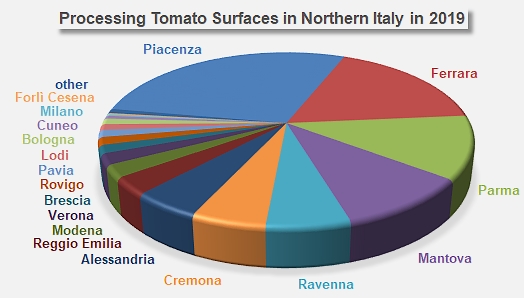 Some complementary data
Results for Northern Italy as of October 27, 2019 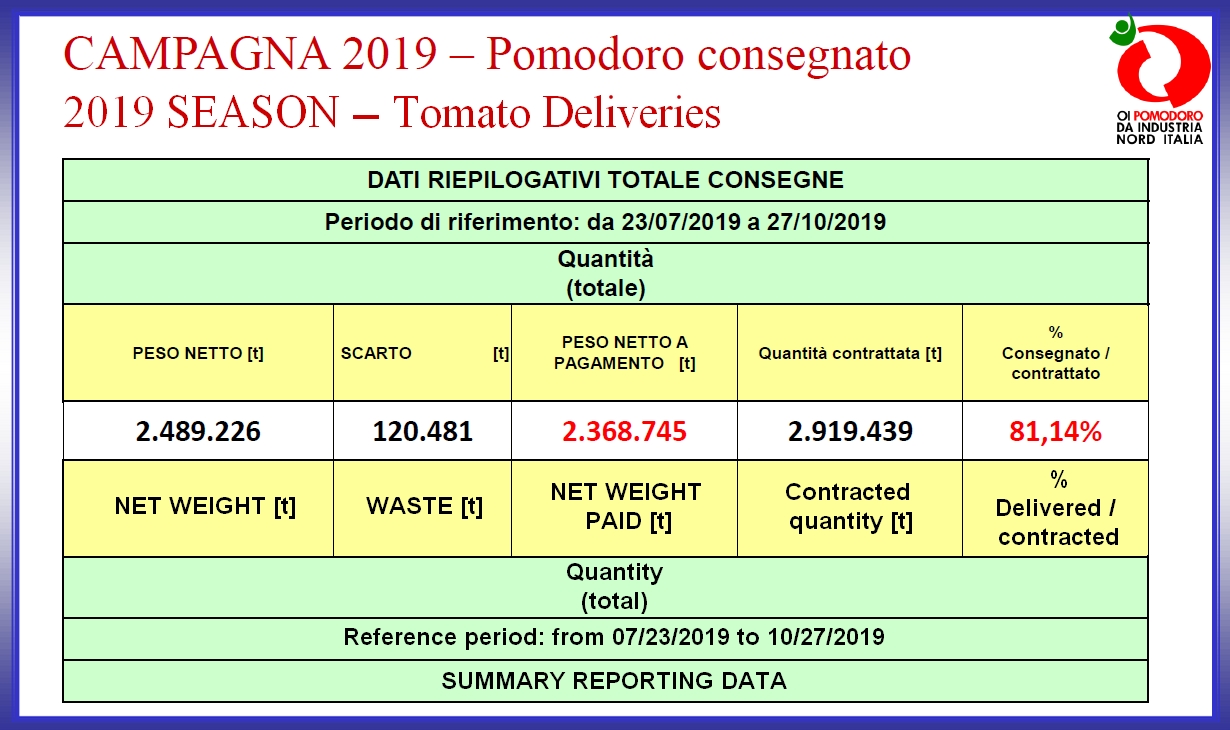 The beginning of the harvest was noticeably better than those of previous years, but the weather conditions strongly disrupted the course of the weeks 36 and 37 (early September). The good weather during the last weeks of the season in September and October made it possible to compensate in part the delay taken in middle of harvest and helped processors recover quantities. 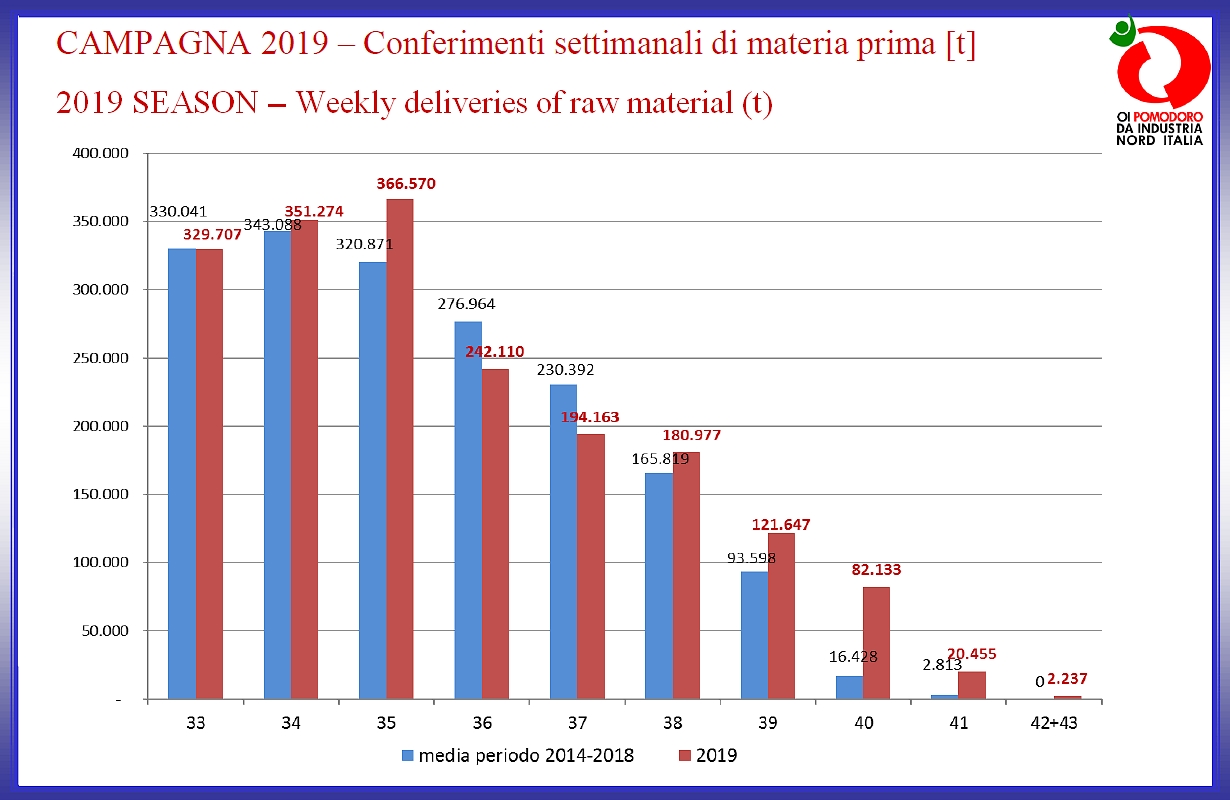