18/07/2019 - François-Xavier Branthôme - 2019 Season - Read in French
From March to May, the major production areas of Portugal and Spain, south-eastern France, Greece, Bulgaria and Turkey recorded below-normal rainfall levels. The amounts of rain in Hungary were locally two to three times higher than usual.
In June, the situation worsened across the Iberian Peninsula and north-western Turkey. A rainfall deficit affected almost the entire Italian territory, while western Greece, Hungary, Bulgaria and south-western Turkey received larger amounts than usual.

Between March and May, temperatures above seasonal norms (+1°C to +3°C) affected southern Portugal, the border region with Spain, and production areas in Bulgaria and Turkey, while conditions in most parts of the French, Italian, Greek and Hungarian production areas remained close to normal.
In June, temperatures in the Portuguese and Spanish production areas near Guadiana were normal or slightly lower than seasonal norms (-1°C to -3°C), while central and northern Spain, south-eastern France, northern and central Italy, Hungary, Greece and Turkey benefited from slightly higher temperatures (+1°C to +3°C) or temperatures that were locally significantly higher (+3°C to +5°C) than normal for the season.

Weather conditions in Ukraine between March and May were extremely rainy, with levels of rain sometimes two to three times higher than usual. Rains in June were also very abundant. 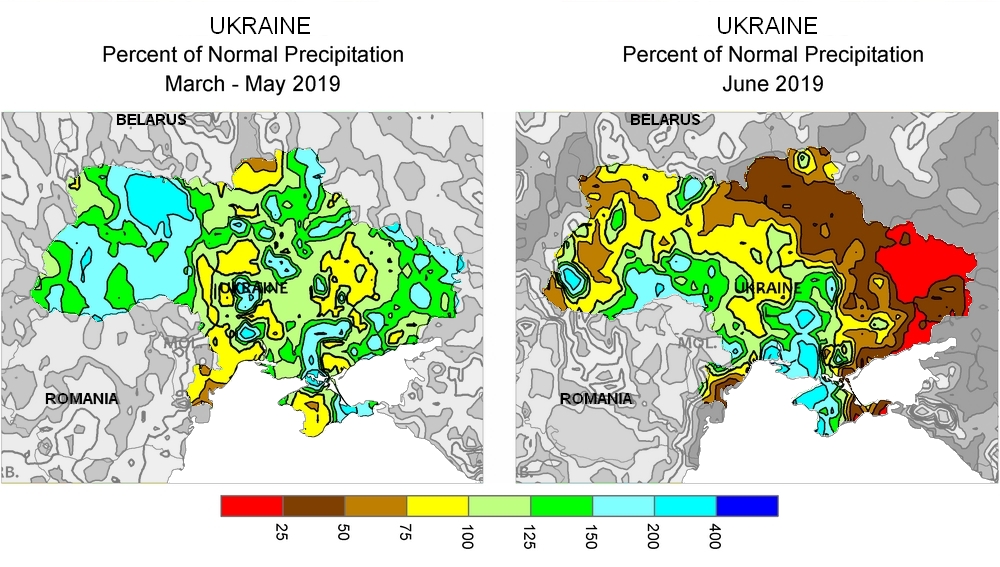 In Ukraine, temperatures were an average of 1°C to 3°C above seasonal norms from March to May, and on average 3°C to 5°C above normal June levels. 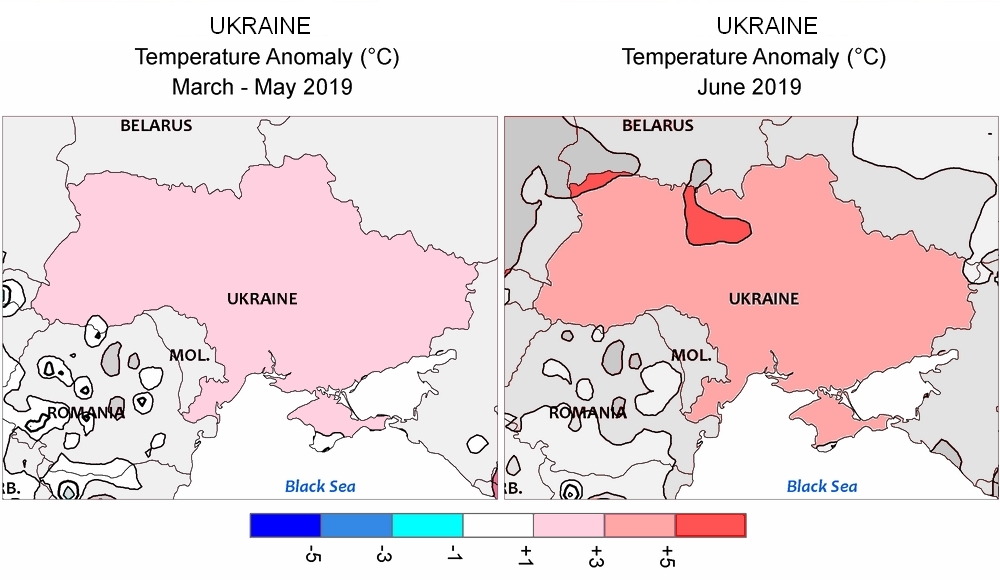 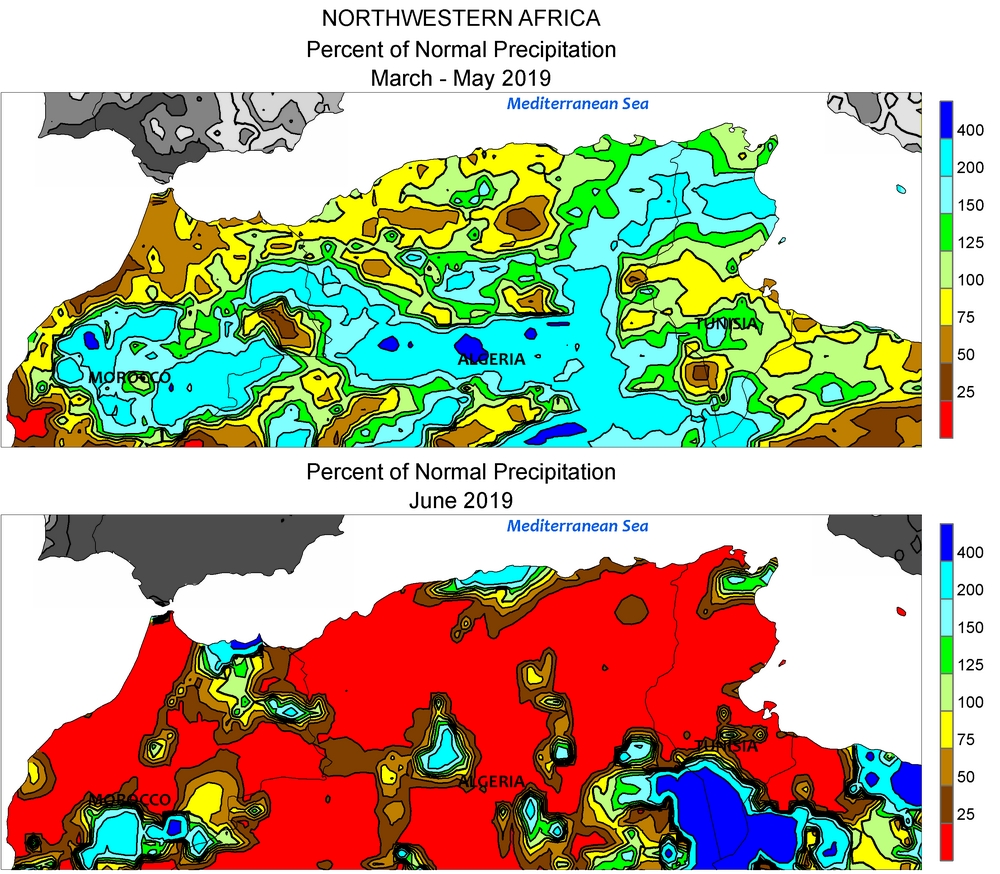 Temperatures were normal throughout the North African region from March to May, and slightly above normal in June. 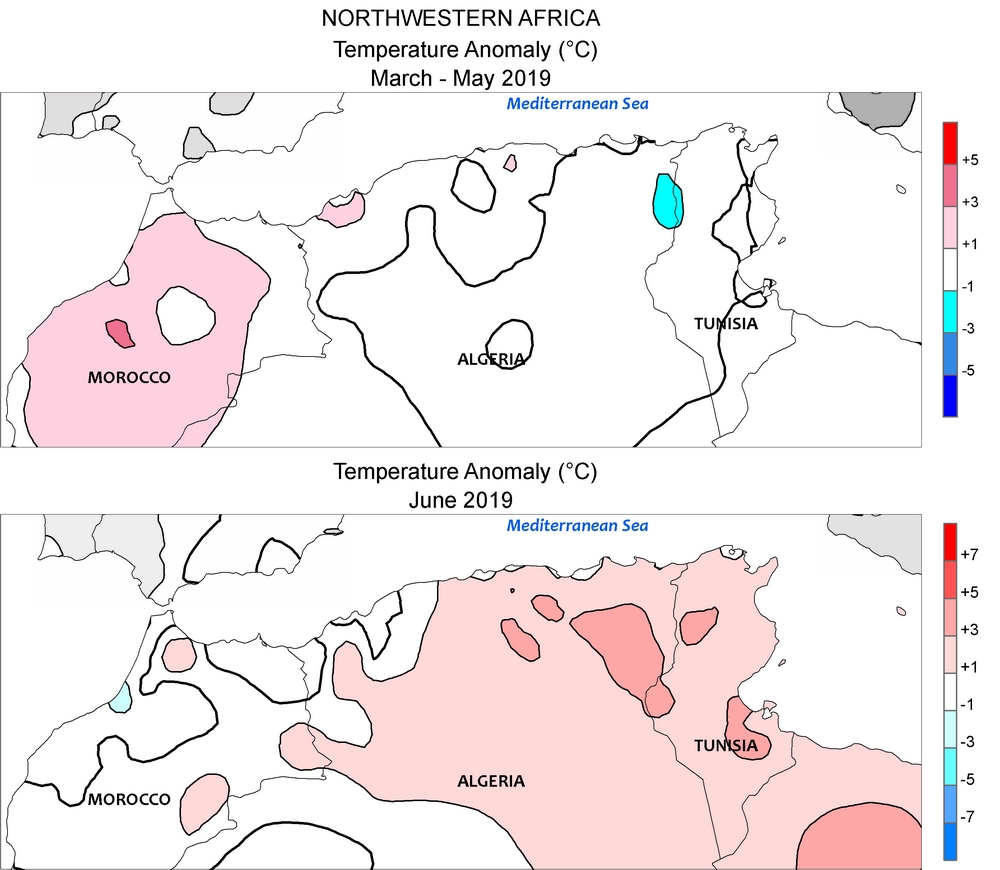 In California, rainfall was very abundant in the spring (see our article posted on 4 March), reaching two to three times the usual levels of rainfall in the southern Central Valley for the period March to May. In June, production areas in northern California received significantly less rain than normal, while rainfall continued to be significant in the southern regions (Fresno).
Temperatures were generally consistent with seasonal norms from March to May and slightly above normal (+2°F to 4°F or +3.5°C to 7°C) in June. 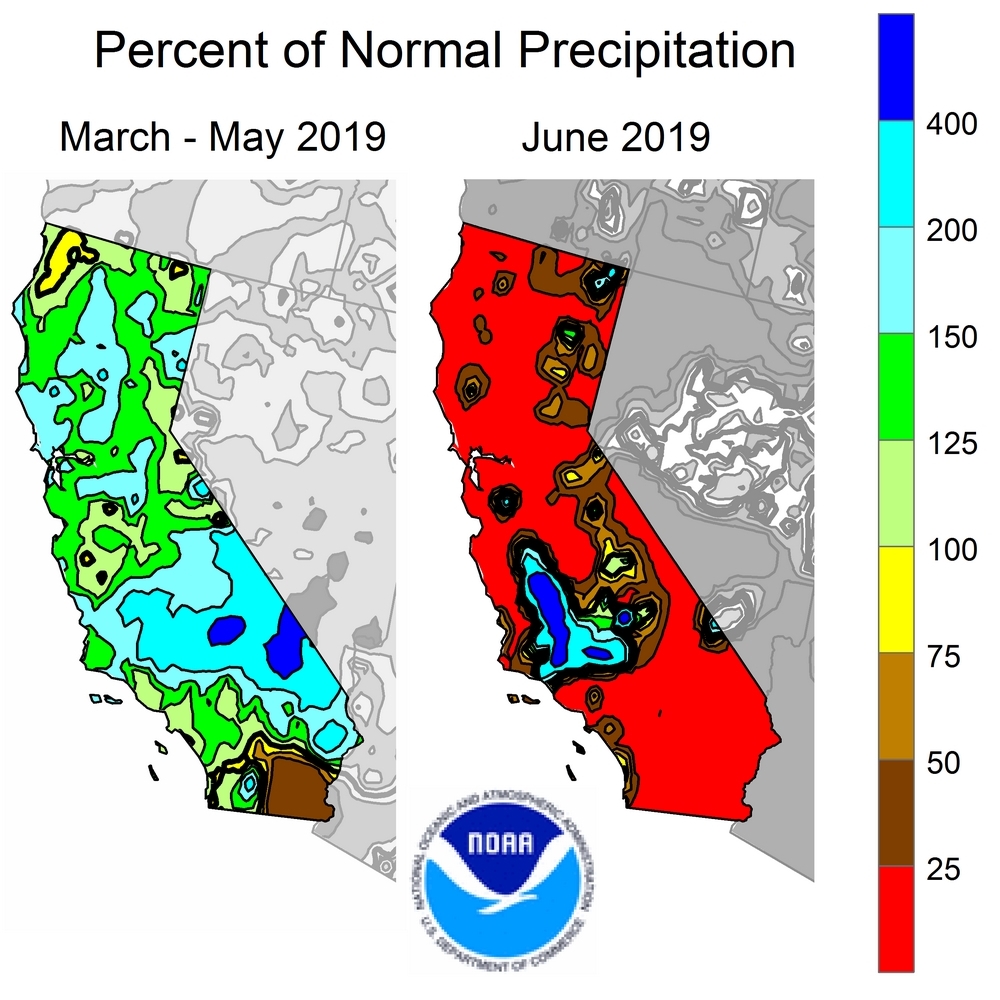 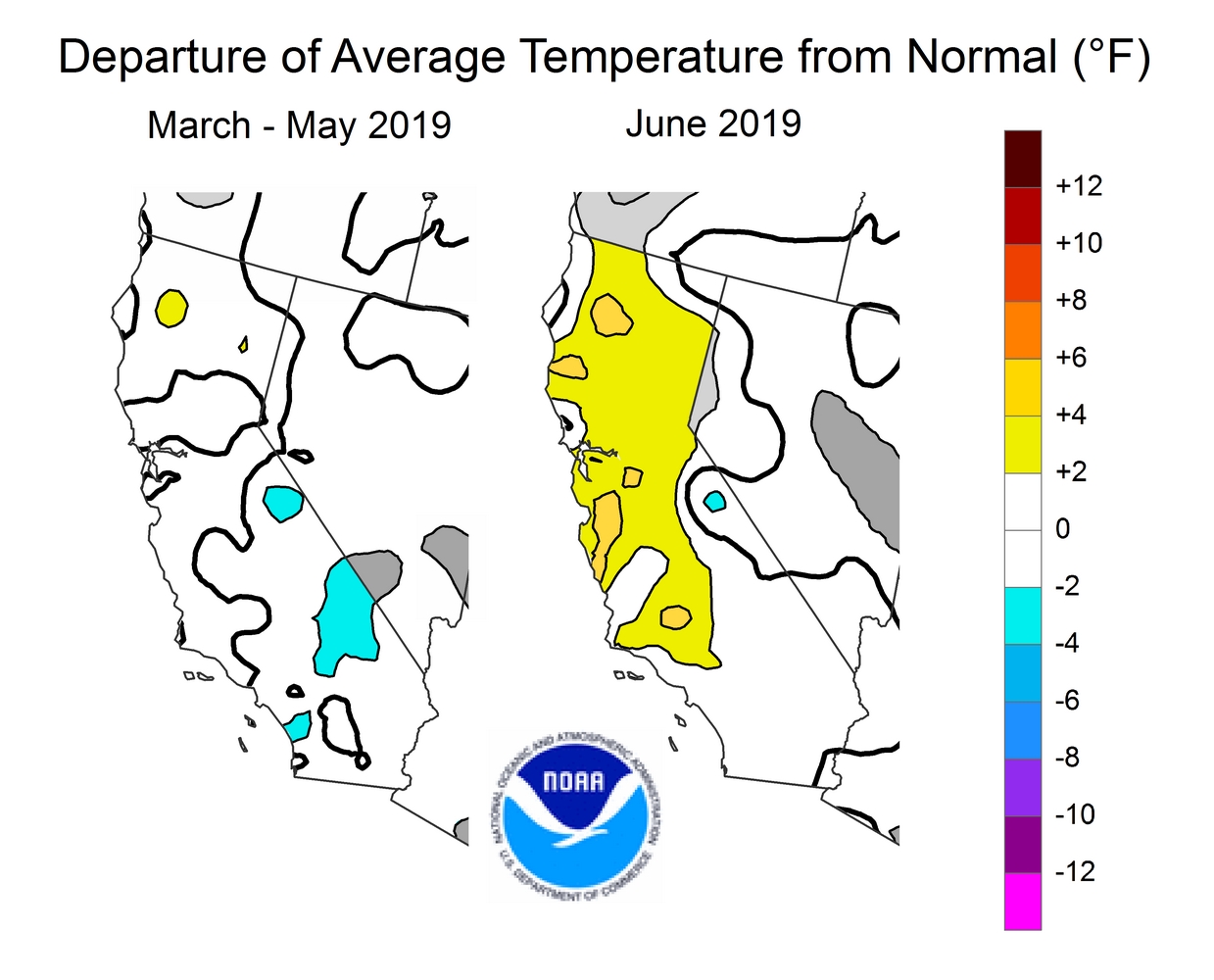 Plenty of water for California crops