04/12/2018 - François-Xavier Branthôme - Read in French
…a new way of doing the wrong thing faster”
On many occasions in recent months, European media have extensively reported on the lively debates (which have at times become highly polemical), on the sometimes exaggerated comments and self-justifications, and on the public demonstrations and private involvements regarding the particularly sensitive ethical issues implicating processing industries and unfair trading practices. European lawmakers have seized upon this question: the definition and framework of trading practices now depend on political decisions that should soon be taken at the Community level.
When a transaction is negotiated between a supplier and a buyer, this gives rise to a de facto "trading practice". By definition, no professional sector escapes the unavoidable continuous network of relations that gives rise to an industry as a whole, from the initial grower of raw materials to the final end-consumer of the finished product, and even beyond, thanks to new recent models of eco-responsibility. Whether in the field of chemistry, service provision, the automobile industry, artificial intelligence, health, textile or food, trade partnerships are always integrated in a power struggle where each party attempts to shape the transaction to the best of its interests.
It would seem increasingly obvious today that this relationship is frequently skewed and that the legitimate interests of one of the other partners in the transaction often fail to be equitable or protected with regard to the real incompressible costs of production and processing of tomatoes.
With this in mind, a study of the real value of productions, carried out by the Department of Economy of the Second Luigi Vanvitelli University in Naples, was presented on 30 November in the context of the sixth edition of the "Filo Rosso del Pomodoro".

"The results of this study will serve to open a new scenario for the supply chain by promoting the accreditation, in the field of trade, of tomato products as quality products, sustainable from an environmental, social and ethical standpoint – for which the consumer is willing to pay a higher price in acknowledgment of the efforts made by the supply chain in terms of ethics and environmental protection – and no longer as a low-cost commodity” commented one Italian processor.
“The future of the sector should not merely be linked to a strictly profit-oriented logic, but it must also take into account a "triple bottom line" perspective (of social equity, environmental quality and economic prosperity) through which the interests of a wider number of stakeholders can be protected, ensuring a higher degree of social responsibility of the company and of the entire supply chain. Moreover, the study, far from being intended as a contractual instrument, could represent the basis from which to start a dialogue with the world of retail distribution, aimed at asserting the quality and the typicality of the Italian tomato industry."
The debate around the relationships between primary processors and their clients or between secondary processors and big retail distributors – to simplify the issue – are not naturally limited to the mere borders of Italy as a country. Indeed, the European leader of the processing tomato sector cannot sidestep its role as a promoter of ideas, which it has taken on simply by virtue of the importance of its position in the worldwide context of the tomato processing industry, nor avoid reacting to the frequent criticism that is leveled at it because of the indefensible system of illegal labor employment (the "caporalato"). So it is naturally in Italy that the debate has developed in recent months, a polite but firm debate that has been notably stoked by the comments of Professor Corrado Giacomini denouncing "the silence of the different structures, both associations and agricultural and industrial interbranch organizations, regarding the noncompliance with reference prices" and the fact that "the ANICAV has been complaining about the negative consequences of online auctions and more widely about companies using the impact of unfair trading practices to justify instances of noncompliance with agreements."
During September, the General Director of the ANICAV, Giovanni De Angelis, firmly stated his position regarding the different aspects of this debate and reestablished a number of basic truths.
"Whilst understanding the spirit in which the article was published by the Professor of agricultural economy Corrado Giacomini on the subject of the major importance for the sector of processing tomatoes [...], it seems necessary to correct a number of inaccuracies, some of which are particularly obvious, regarding the governance of the Italian processing tomato industry in recent years.
Given their specificity compared with other products in the fruit and vegetable sector, tomatoes for processing have been excluded from the remit of the national interbranch organizations and it has therefore been necessary to relaunch specific district IOs in order to take into account the particularities of the companies operating in both regions of production. The Interbranch Organizations of northern Italy (accredited in March 2017) [and of the South Central region of Italy, accredited in November 2018, editor's note] can in no way take part in the price negotiations for raw tomatoes, as their mission is to promote the integration process of the industry by improving products, ensuring careful programming and concerted planning, and supervising compliance with the rules and agreements. The main aim of the national coordination that will be set up between the two IOs will be to provide a single track for the industry as a whole." 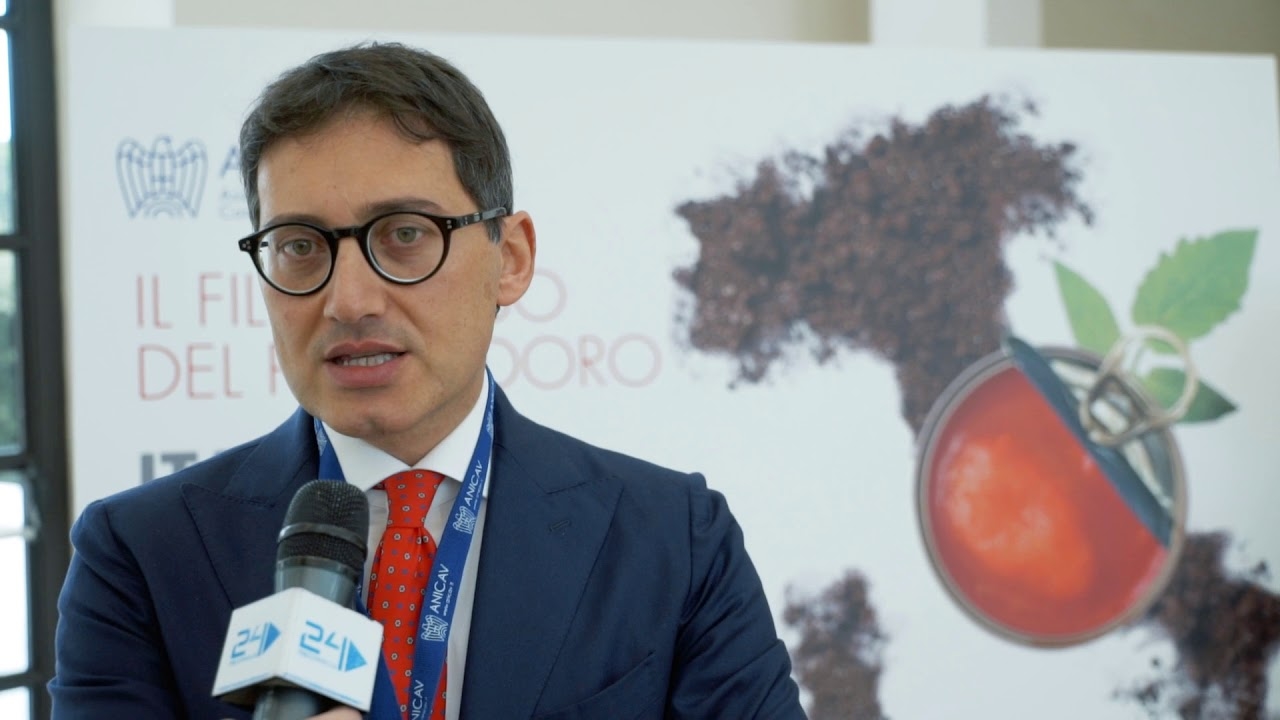 Giovanni De Angelis, General Director of the ANICAV
"As for online auctions – a topic that has been part of discussions regarding the problem of illegal employment – we need to once again underline that these practices represent a highly critical aspect of the industry as a whole and, in particular, for processing companies that are required to support all of the negative effects of pressure on prices. The interest that the ANICAV has shown in this debate is understandably not incidental.
Those who still want to promote the idea that the procedure of automatic online auctions forces processors to shift their losses onto their suppliers – the growers – who are themselves forced to then call on illegal labor and pay abusively low salaries, are clearly unaware – or feign to be ignorant – of the rules of engagement of our industry. In this context, it is useful to remember that the price paid to growers by Italian processing companies, particularly in the South Central region, is one of the highest in the world, because it is paid in appreciation for a level of quality of the raw materials that is higher than that of other producing countries, […]" stated Giovanni De Angelis, General Director of the ANICAV. 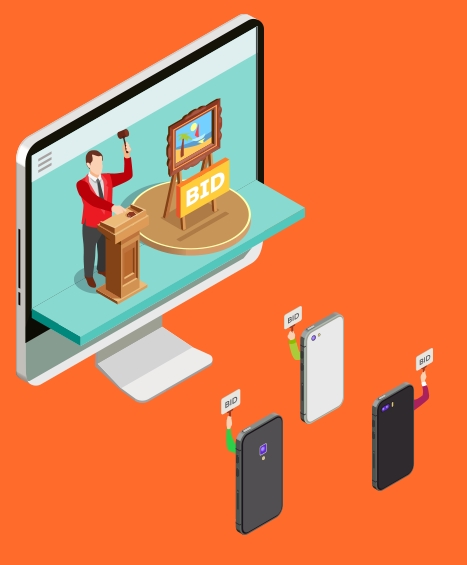 What is the real issue here?
The practice of electronic reverse auctions, which is particularly developed in the English-speaking world, remains very unpopular in a number of sectors, including that of processing tomatoes.
An auction is referred to as being reverse when it is based on competition between several sellers. The first electronic reverse auctions appeared a few dozen years ago in the highly competitive sectors of the automobile industry, aeronautics and the pharmaceutical industry. The purpose was to reduce the negotiation time and achieve substantial savings on purchases of a given family of products. However, this practice still suffers from a bad reputation linked to "a lack of awareness of procedures", according to the unconditional users of this type of tool. For those who have adopted it (buyers most often), electronic reverse auctions are a dynamic online negotiation tool allowing buyers to invite several suppliers to respond to a specification offer over a given period, which is generally short, in the hope of obtaining the attribution of a market. For its opponents (generally suppliers), these auctions are a deteriorated form of negotiation, "an opaque mechanism aimed at increasing the pressure". In summary, during an over-the-counter sale, most of the goods or products on offer are negotiated on a downward basis. The system of "electronic reverse auctions" is inspired by this, but with a shorter turnaround period. This has made some industry experts say that "electronic reverse auctions when not controlled is a new way of doing the wrong thing faster."
A flagrant lack of transparency
"This practice contributes to damaging the market a bit further," explained one European processor. "Independently from the legality issue of this procedure, questions remain as to the many negative aspects of these practices, which remain particularly opaque."
Firstly, the experiences reported by processors who have already taken part in this type of procedure show that the participants generally are ignorant of who else is taking part in these online auction sales. Processors explained they have observed that "some participants clearly are not of a sufficient size to face up to competition in these reverse auctions or really rival other operators on a level footing (equality, technology, production capacity, financial stability, etc.). It is nonetheless a fact that their offers, just like those of any other bidder, drive these electronic auctions." So it happens that "an operator whose supply capacity does not exceed a few hundred tonnes drags down the prices in the course of an electronic auction or the attribution of a market involving several thousand tonnes of tomato paste." The case has even been observed where bidders, who were not themselves processors but merely traders or intermediary operators, then needed to go looking for operators able to produce the quantities for which they had signed contracts... 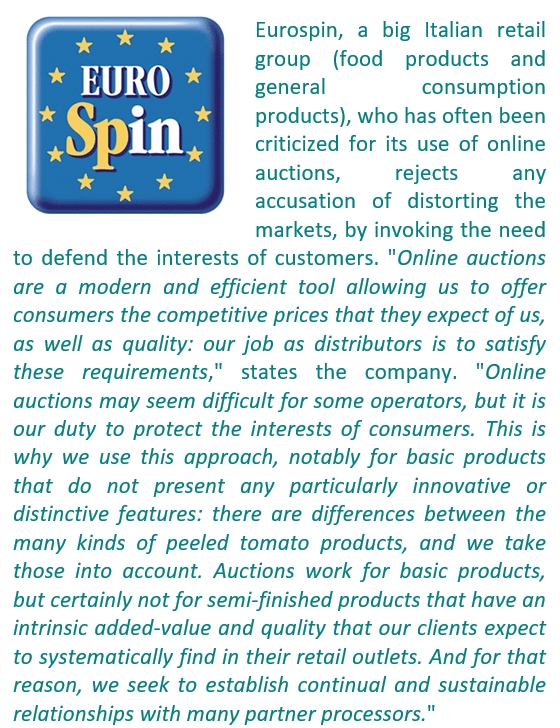 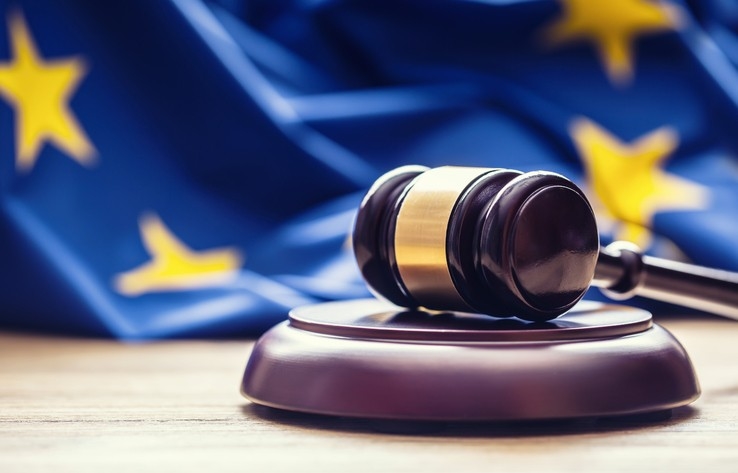 EU politicians: "We are arming David, not Goliath”
On Monday 1 October, however, the European Parliament’s committee on agriculture adopted its position amending the proposal for a directive on opposing unfair trading practices. On 2 October, European agriculture ministers approved measures to end UTPs, with manufacturers and farmers welcoming the result.
Compared to the Commission's proposal, MEPs have broadened the scope of the proposed directive:
The blacklist of prohibited practices, which has been amended by MEPs, now includes:
The rapporteur, Paolo De Castro, who is familiar with the European agri-food sector and the processed tomato sector, now has the mandate to negotiate with the Council an agreement on the proposal for a directive on Unfair Commercial Practices (UCPs) in business-to-business relations in the food supply chain. He said: "In this battle of David versus Goliath, we are arming the weakest in the food supply chain to ensure fairness, healthier food and social rights. Small producers, workers, consumers, all of us, will soon stop suffering the consequences of unfair trade practices imposed by big players in the food supply chain."
De Castro called on the Commission and Council to act so the directive could come into force "by the end of the year". 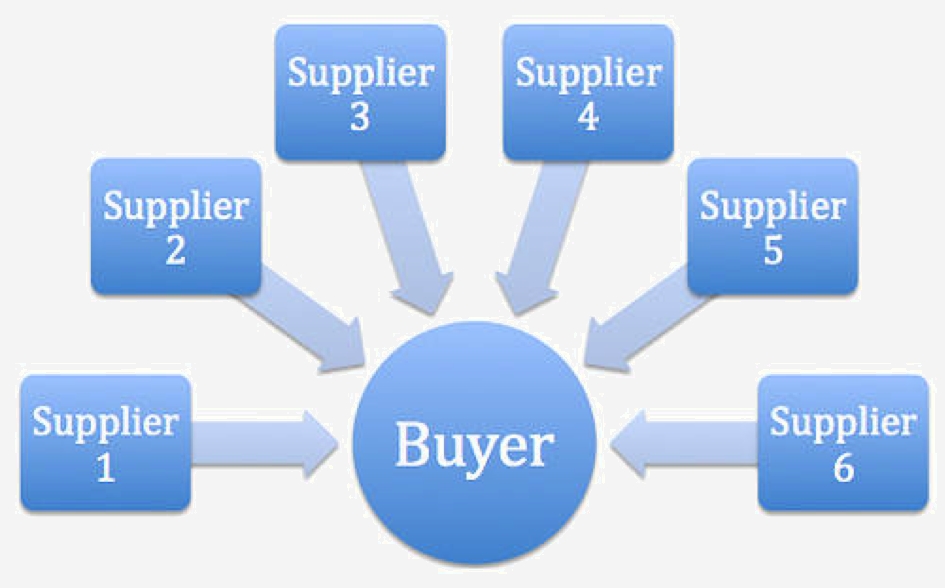 The 2018 season: a negative year for the industry, according to the ANICAV