As of May 15, California’s tomato processors reported they have or will have contracts for 12.1 million short tons (sT) (10.98 million metric tonnes (mT)) of processing tomatoes for 2019. This production is unchanged from the January intentions forecast and 0.8% above the final 2018 contracted production total (11.99 million sT. The May contracted acreage of 235 000 (95 100 hectares) is also unchanged from the January intentions forecast and equal to last year’s final contracted acreage. 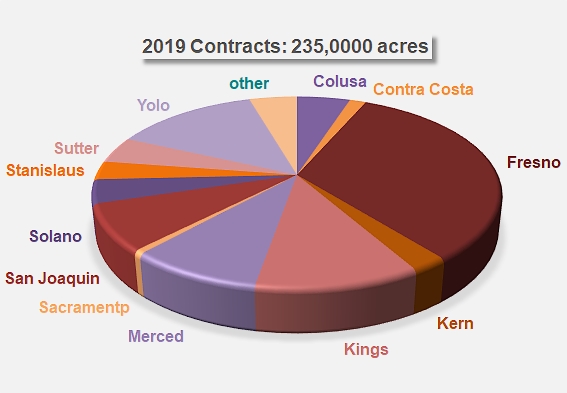 Other: Butte, Glenn, Madera, San Benito, Santa Clara and Tulare
Rainy weather and cooler temperatures delayed planting and slowed crop growth in the early part of the 2019 season. At this point in time, harvest is expected to be delayed about a week in some areas, but could catch up with enough sun and summer heat. In other areas, the crop was developing on schedule. Crop quality was reported to be normal to very good, with minimal disease or pest issues.

It should be noted however that this report was prepared before the hail storms which hit southern California. Damages are still being assessed and could reduce the volume produced

Breaking News: Snow, hail and flooding hit California - in May!