The 2020 California Organic processing tomato deliveries for the week ending 26 September were 4,816 mT (5,309 sT) bringing the provisional total to 477,256 mT (or 526,085 sT). Processed quantities in week 13 make it the second largest week in the history of organic processing tomato in California, slightly higher than the 2018 level on the same date. At this time, organic quantities account for 5.3% of total harvested quantity.
However with no organic carrying over going into the 2020 pack, this year’s pack will most likely just be enough to cover consumption and inventories and will remain tight going into 2021. 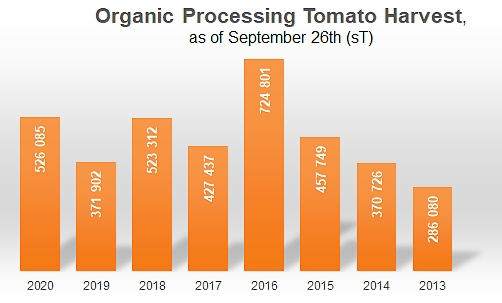 According to the figures available, the current harvest path is 349,800 mT (385,625 sT) behind the average of the quantities harvested at the same date (end of week 14) in the past three years.
According to the latest 2020 NASS Report, contracted production for California processing tomatoes is forecast at 10.34 million metric tonnes (11.4 million short tons). Taking this change into consideration, quantities being harvested will bring the provisional processed total to more than 97% of the official target of the season. 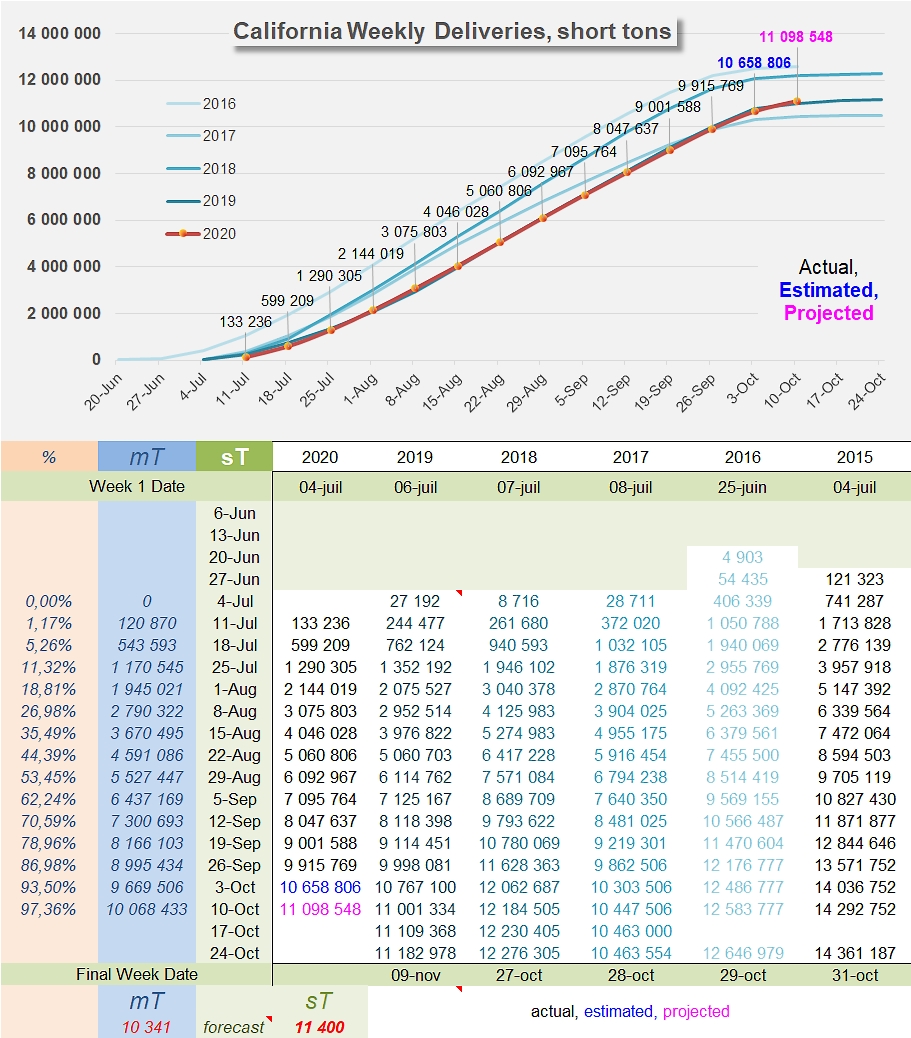